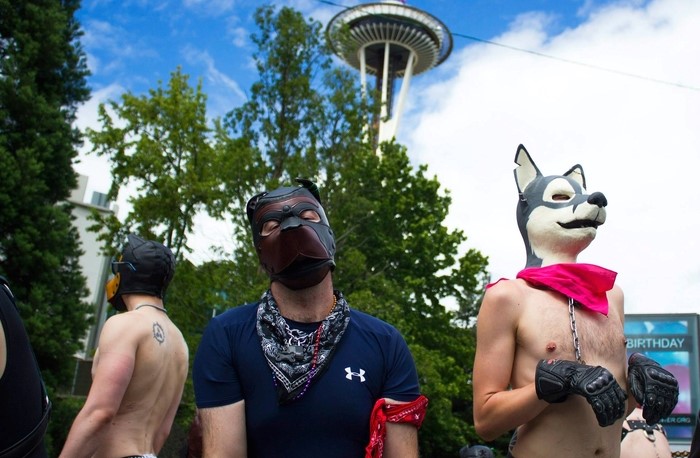 Researchers have made an interesting discovery about gay and bisexual men who engage “Pup Play”; a popular role-play activity in which adult humans adopt characteristics that mimic the behavior of young dogs.

According to a first of its kind study appearing in the April, 2017 Archives of Sexual Behavior, Pup Play (aka Puppy Play) not only is used for sexual pleasure, it also acts as a powerful conduit to relaxation.

Using a qualitative approach through semi-structured interviews, study investigators spoke with 30 gay and bisexual men who actively partake in pup play from across the United Kingdom.

Here’s what they found:

While many who take part in pup play do so for sexual pleasure, a major reason offered was simply to relax. Specifically, the majority of the men who identified as “pups” did so to achieve a mental state known as “pup head space”.

What is Pup Space?

Pup space, also known as “pup brain” or “puppy mode” is a psychological state of being where a person is able to release cognitive inhibitions and live in the moment.

And according to the study, a lot of guys who involve themselves with this consensual, fantasy based type of role play do so with the goal of chillaxing.

In fact, investigators discovered the desire to reach “pup space” as a primary motivation.

When discussing the non-sexual component of pup play, the majority of participants discussed a pup “headspace” as a central reason for engaging in the behavior.

It recent years, pup play has grown in popularity within the kink/BDSM community. Part of the allure directly relates to its unique calming benefits, often achieved through escapism.

As one research participant shared:

“Life is a bit simpler in the headspace—it’s nice not to do anything and just relax.” Another participant revealed: “When I do pup play, sometimes it’s an escape from the world into a different mindset…I enjoy not feeling the need to be responsible.”

The lead investigators of this study also offered an initial classification for pup play in three specific ways (paraphrased):

2 A form of leisure sex

3 A non-sexual form of fantasy fulfillment

Researchers appeared to have thrown cold water on the stereotype that pup play should be viewed as Zoophilia; a term used to describe someone having a sexual attraction to animals.

In fact, they postulate just the opposite:

“We classify pup play as a kink, and find no evidence for the framing of it as a form of zoophilia.”

The research was conducted by Dr. Mark McCormack, a sociologist at Durham University and Liam Wignall at the University of Sunderland.