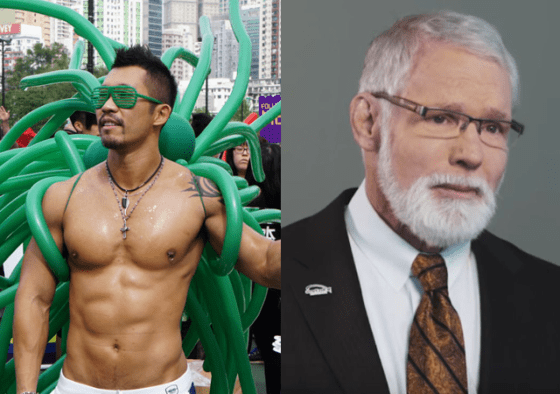 Get The Gays? Get The Asians?

The Republican mayor of Lancaster, California is looking for gays and Asians to take up space in his town.

The reasoning behind this?

Well, remember Sex and the City?

I don’t either, but I do remember one line that Samantha said to him when she was acting as his agent.

“Get the gays, get the teenage girls, get the rest of the world.” Or something to that effect.

Basically, she was saying that these certain groups are where the money comes from. Get the gays, and you get lots of fans and money. Get the teenage girls, and you get more money. Once you have them, you have nothing to worry about.

Well, it seems like I’m not the only one who saw that episode of Sex and the City, or at least that line is believed in some circles in the world.

Specifically, Rex Parris, who was elected as the president of Lancaster, California back in 2008, said a few words similar to Samantha’s.

Lancaster, California has a bad reputation, but Parris has big plans for the town. He wants to eventually turn it over into a successful and thriving town.

And how’s he going to do that? By getting “the gays” and Asians interested in the town. From there, they’ll raise up the culture and economy to the point that things will turn around for Lancaster.

“Interestingly, the same thing happens with the gays. That’s why I put the new performing arts center right downtown.”

When Samantha talked about getting the support and money of certain groups for an actor, that seemed pretty smart and accurate.

When Rex Parris talks about getting “the gays” and Asians in his town, it feels like stereotyping.

The ways that Rex Parris has been trying to get Asian people into his town is by builing new construction projects like a local college, a Buddhist temple, and a hospital wing dedicated to pregnant Chinese women.

And gay people get a performing arts center….

We’ll see if Mayor Parris’s plan works out. And if it does, all I can do is roll my eyes at our predictability.

About Devin Jackson Randall 497 Articles
Geek by chance, and an artist by birth. Devin is a journalist and blogger who's always glad to share insights and developments on men's issues. Aside from news stories, he often writes about the roles placed upon men by society, and how both affect the relationships around us. Click on the hyperlinked text to follow him on --> Twitter. Email him at --> [email protected]
Website Twitter