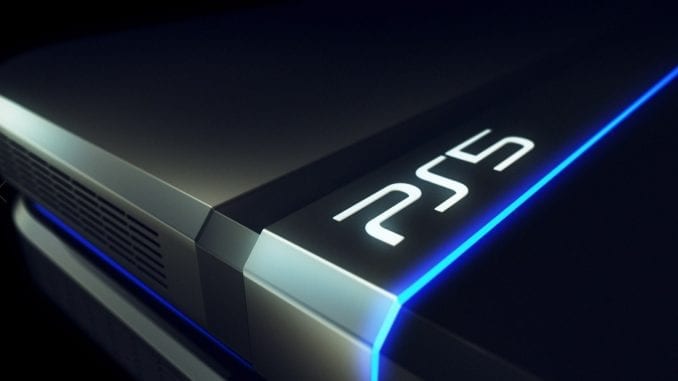 The PlayStation 5 will be released on November 12th, but is it worth $500 dollars?

There have been rumors and leaks for the past two years about Sony’s next generation console – the PlayStation 5. Finally, Sony has made its official debut of the PS5 ahead of its sale release in November. Now, all their cards are on the table.

The exact date of the release is November 12th. The Sony PlayStation 5 will have an initial cost of $500 in the US. The trick will be trying to find one during the first week. Just about all the new PS5s have been spoken for.

Gamer Pro Tip: If you want to shave a hundred bucks off the price tag, then get a digital version of the new PlayStation. It doesn’t come with a disk reader. You’ll just have to download all your new games and content.

All the Leaks and Announcements were Done on Purpose

Either Sony has some loose-lipped employees or there’s just no hiding new technology these days. Actually, all the leaks about the PlayStation 5 weren’t an accident. This was Sony’s marketing strategy from the start.

Over the past year or more, Sony has let some juicy bits of information about the Sony PS5 leak to the press. There was the leak about the console design, the controller, compatibility with previous gen games, and even a full teardown of the system hardware.

That’s a pretty decent strategy to keep the PS5 in the newsfeed for a very long time without giving too much away. Now, the official specs and games list has been released and Sony is all set to drop the PS5 on a market that’s been salivating for months.

Here's a new look at the PS5 console and accessories. #PlayStation5

All those leaks, updates and rumors have translated directly to sales for Sony. The console hasn’t even come out yet and already its pre-orders are sold out. That’s right. You can’t pre-order the PS5 from Sony anymore.

Gamer Pro Tip: If you haven’t already pre-ordered a PS5, the chances are slim that you’ll be able to get one during the first week of its release. Try shopping at small gaming and electronic stores in remote locations. There’ll be less demand where there are fewer people.

Also, keep an eye on Amazon if you want to buy a new PlayStation 5. They’ll be one of the first retailers to get a second batch of next generation consoles.

Big Sales on the Horizon for Next Generation PlayStation

You know what they say – the numbers don’t lie. The PlayStation 5 is already doing impressive sales numbers. In fact, the PS5 sold more units in pre-sales in just 12 hours than the PS4 sold in 12 weeks. The demand for a next generation console from Sony is undeniable, but is it just Sony?

Consumers are desiring new video games and all the top providers are experiencing a boost in sales. Microsoft, Google, and even the independent game producers are enjoying a boost in revenue. They all have the COVID-19 pandemic to thank for that.

The Microsoft X Box Series X will go head-to-head against the PlayStation 5 over the holiday season. Yet, it’s unclear if Microsoft’s console can dethrone Sony. PlayStation consoles, PlayStation Plus subscriptions, and games are selling like hot cakes for Sony.

Their profits are up nearly 50% over last year’s revenue. Their game Ghosts of Tsushima broke records for the fastest selling software in their stable. It sold more than 2 million units in the first 3 days of its release.

Related: Is the Ghosts of Tsushima Game Worth Buying?

The New Technology of the PS5 Controller

When you’re wondering if buying the PS5 is a good idea, you might look at things like the 4K resolution and speedy load times, but don’t overlook the hardware itself. Specifically, I’m talking about the DualSense controller.

The new PlayStation 5 controller has haptic feedback, rumble effects and adaptive hairpin triggers. You’ll literally feel certain aspects of new PlayStation games like Spiderman: Miles Morales. It’s been designed to showcase some of the new features of the DualSense controller.

Just imagine feeling the spider sense in your hands with a subtle rumble. That rumble might even come from a specific direction, alerting you to danger. Your venom punch will load with haptic feedback and rumble across the controller when you release it.

There’s also a significant boost to first-person shooter games. The adaptive triggers can be locked out when you’re out of ammo or your gun jams. The sensory feedback might improve your reaction time and make for higher scores.

Graphics and processing speed aside, the new DualSense controller is the real value for the next generation PlayStation.

Gamer Pro Tip: Get your hands on a nice electronics cleaning kit like this one from Amazon. Gaming controllers can quickly collect all sorts of dirt, grime, junk food, you name it. So, keep it clean and enjoy it longer.

Sony just updated their app this week and it’s way more than just a few minor tweaks. You can now manage your PlayStation 5 storage from your smartphone. You can download games remotely and activate your PS5 on the go. Why would you want to do that? Who cares?

The home screen has been revamped so that you see your recent game activity and your friends front and center. You can chat with them straight from your Android or iOS device. That’s right text messages and voice chatting with your PlayStation friends can be done on the app now.

For a more comprehensive look at the PlayStation app updates, check out their Twitter feed below.

Performance Specs of the PS5 are a Gamechanger

You don’t have to be an expert in gaming technology to understand why the new PlayStation 5 is superior to the PS4 and other gaming consoles. It’s got some performance upgrades that are truly next level. Here’s a quick rundown of what you need to know.

The Sony PlayStation 5 has a custom 825GB SSD internal storage. This is the key to the new PlayStation’s performance enhancements. The SSD allows for faster loading times and larger, more expansive open world experiences in your games. It also has a better bandwidth so that there’s less glitches in your games while you’re playing.

The next performance point to note is the processor and GPU. The processor will operate at 3.5GHz. The PS4 was 1.6GHz. So, if you’re wondering if the PS5 is worth the money, consider that it will operate nearly a hundred times faster than the PS4.

Now, for the GPU. The architecture of the AMD RDNA 2 GPU makes it possible to play somewhere in the range of 100 previous generation PlayStation games on the PS5. It’s called backwards compatibility and the PlayStation 5 will excel at it.

Next up, the sound quality of the PS5 is phenomenal. Sony put their nuts on the anvil with their Tempest 3D audio tech. You’ll be able to decipher up to a hundred different audio sources. So, if you’re into suspenseful games, you’ll need a backup pair of shorts if you catch my meaning.

Gamer Pro Tip: If you haven’t bought a console in a while, then consider waiting on the PlayStation 5 and buying a PS4 Pro. The price will be slashed drastically. So, if you’re just a casual gamer and you want a new console, maybe you should buy a PS4 Pro instead.

Travis Scott Partners with Sony in the Official PS5 Trailer

The trailer is just a minute long and surprisingly doesn’t feature a bunch of PlayStation games. Instead, you get the voiceover of Travis Scott and footage that inspires the concept of explorations. It’s true, the PlayStation 5 is part of the next generation in gaming, but it’s hardly a moon landing.

We are still talking about video games, right?

Related: What’s Trending in the Future of Video Games?

Check out the trailer for the new PlayStation 5.

Well, if it worked for McDonald’s, then why not Sony?

The Final Verdict on the Sony PlayStation 5

Of course, if you’re a gamer, then this could be the biggest debate of your lifetime. Do you buy the new PlayStation 5? Do you buy a cheaper PlayStation 4 Pro? Or do you trade sides and opt for a next generation X Box?

If this was a trial, then there’d be a hung jury. The PlayStation 5 is awesome, both aesthetically and technically. It has the new DualSense controller, new games, and awesome speed and sound. These are all things that a gamer wants.

However, you must consider the cost. The PlayStation 5 starts at $400 to $500. If you don’t have a 4K compatible screen, then you might need to buy a new TV. If you want to get all the benefits of the 3D Surround Sound, you might need to upgrade your headphones or home speaker system.

This whole new generation of gaming isn’t about just consoles. It’s a revolution of gaming technology and all of its peripheral components. This is the time for a major upgrade in everything from screens and sound systems to consoles and software.

So, consider all of that before you buy the new PlayStation 5. If you’ve got the coin, pluck down on all the best components to enjoy it fully. If you’re on a budget, then sit on your hands for 6 months and wait until the prices come down.