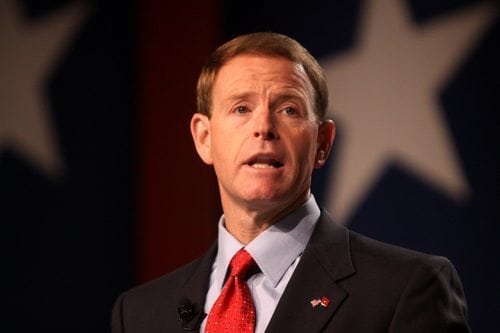 Apparently, Perkins thinks the State Department has nothing to do with social issues

And there is more …

He also wants Mr. Trump to fire anyone in the state department’s employ who promotes or supports gay rights. You can review the entire ridiculous diatribe on the FRC website.

According to the release, Mr. Obama has filled the department “with LGBTQ and abortion activists’ who ‘promot[ed…the Left’s view of human sexuality and abortion “rights” to the detriment of fundamental human rights like religious freedom.”

Perkins, who supported Mr. Trump during the campaign, even though the New York real estate mogul was accused by multiple woman of sexual harassment, went on to state in the letter:

“The incoming administration needs to make clear that these liberal policies will be reversed and the “activists” within the State Department promoting them will be ferreted out and will be replaced by conservatives who will ensure the State Department focuses on true international human rights like religious liberty which is under unprecedented assault.”

Related: Suggestions for LGBT before Trump is sworn in

Apparently, Perkins and many of his ultra-conservative followers are concerned about Trump's selection of Exxon Mobile's CEO, Rex Tillerson, as the new Secretary of State.

That's because Tillerson was a longtime volunteer with the Boy Scouts of America and played an important role in ending the ban on gay scouts in 2013.

It's important to note that the ban on out of the closet leaders and adults joining the scouts was repealed two-years later.

The Human Rights Campaign (HRC), America’s largest LGBTQ advocacy group, has strongly come out against Perkins and asked Mr. Trump to disavow him.

“The State Department plays a crucially important role in America’s efforts to advance LGBTQ human rights around the globe,’ HRC President Chad Griffin said in a statement. ‘In countries with hostile anti-LGBTQ regimes — like Russia, Syria and Egypt — lives are literally at risk. Countless LGBTQ people depend on the State Department’s efforts, and we cannot and must not leave them behind.”

Bear in mind that Mr. Perkins, who intimated in a 2015 interview that Hurricane Joaquin (Caribbean storm) was sent because God was “trying to send us a message” to punish gays for homosexuality.

In a freakish turn of events, Perkins found his own home severely damaged after devastating floods struck in his Louisiana home in 2016.