Thinking of growing a beard?

The month of November is a special time for men. It’s the time when many find out whether or not they can grow a beard. That’s right, the month of No-Shave November is upon us, and several men are getting hairy to prepare for the colder months. Those comfy beards will make cupping season all the better though, as their lovers can nuzzle into the warmth.

And it looks like growing a beard can help men out with dating, because a new study says beards increase attractiveness.

According to a new study recently published in the Journal of Evolutionary Biology, titled “The masculinity paradox: facial masculinity and beardedness interact to determine women's ratings of men's facial attractiveness,” men with beards are considered more attractive than men who are clean-shaven.

Now keep in mind, these results come from a study that surveyed mostly women in their attraction to men. The research did not speak to changing self-perceptions about being handsome. The only real way to know the answer to that question is to grow some facial hair.

That said, the researchers asked 8520 women (mostly white) to rate the attractiveness of men as a long-term romantic partner. The photos showed varying degrees of facial hair on the same person. The ranges included Clean-shaven, Light stubble, Heavy stubble, and Fully beard. 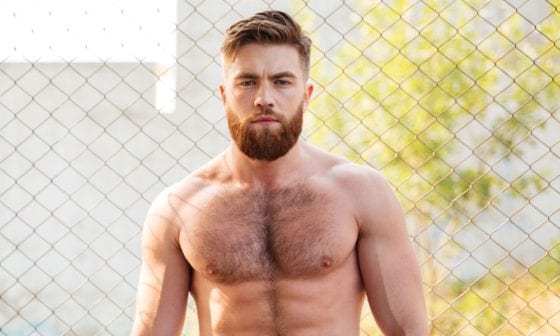 The results found that light beards and stubble were the way to go if you are looking to attract a mate.

The researchers went further to say:

“Previous research has shown that ratings of men's masculinity increase in a linear fashion with facial hair and that women's attractiveness judgments peak at intermediate levels of facial hair or ‘stubble’ (Neave & Shields, 2008; Dixson & Brooks, 2013).”

Researchers also shared that the results slightly differ if the person is looking for a short-term partner. So, men with longer or no beards still have a chance at finding love (though, these scientists say it might not last). Maybe THAT’S the real reason cupping season ends when it gets warm out. The beards grown over the winter are only attractive for a short time.

But again, don’t let this study decide your whole lives. Stubble is in, but it’s your body and your life. If you like longer beards, you are perfectly in your right to grow one out.

Don’t let one study steer you away from that.

About Devin Jackson Randall 429 Articles
Geek by chance, and an artist by birth. Devin is a journalist and blogger who's always glad to share insights and developments on men's issues. Aside from news stories, he often writes about the roles placed upon men by society, and how both affect the relationships around us. Click on the hyperlinked text to follow him on --> Twitter. Email him at --> [email protected]
Website Twitter