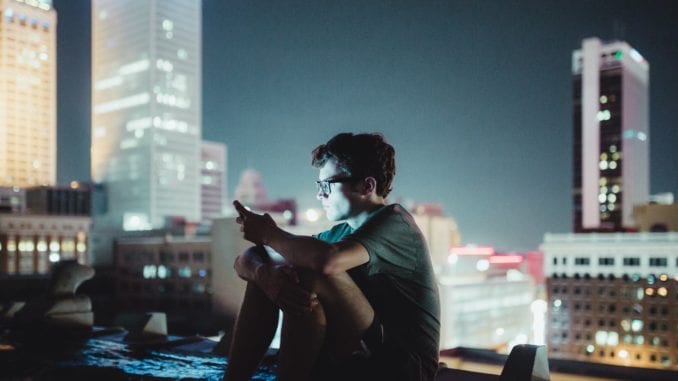 It’s official. Gen Zers are taking over the big leagues of the dating world.

We are nearing the end of the year, and that means its time for reflection and looking back. Not only are we looking back at how we’ve all individually experienced the year of 2019, but different apps and companies are telling us how we functioned on digital spaces too. When it comes to dating apps, it seems like the younger generation is taking over with a vengeance. 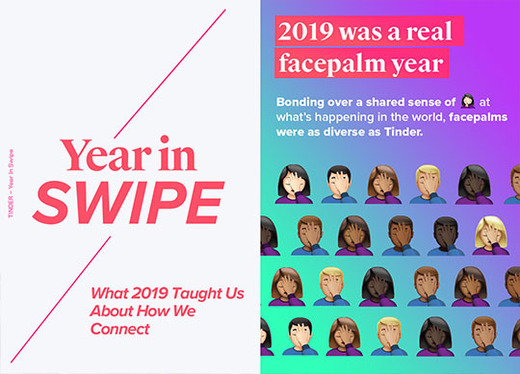 Specifically, Tinder has released a “The Year In Swipe” that reveals data about who used the app in 2019. Turns out, people under the age of 25, which is the tail end of millennials and the beginning of the Gen Z generation, now make up the majority of Tinder users.

But that’s not all, Tinder also presented info like how users communicated on the program. For instance, 2019 Tinder users seemed to be extremely interested in the facepalm emoji. While more than 300 million emojis were used in Tinder bios in 2019, the facepalm emoji was used the most. Usage of the facepalm increased by 41 percent. On top of that, users were sure to use all the different varieties available such as the male versions and the varying skin tones. 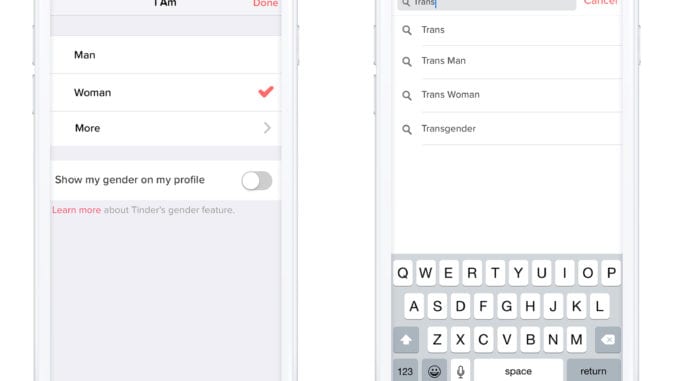 But the facepalm wasn’t the only emoji used this year. There was plenty of LGBT representation too. On top of that, 30 percent more users used the More Genders feature on the app. The More Genders feature allowed access to diverse gender expression than ever before. Users could state that they were not just male or female but Trans, a Trans man, a Trans Woman, or just Transgender.

Plus, the rainbow emoji was used 15 percent more often in this past year. This is true not only in the U.S., or in the Western world, but also across the globe.

But how did people talk about themselves on dating apps? A lot of us feel like we don’t know how to describe ourselves in 15 or 20 words. We feel an emphasis on keeping things short, but then have trouble actually doing that. But it looks like, our commonality with that isn’t the only thing we share.

Some specific words and phrases were constantly used on the dating app. For instance, Tinder noted the phrase “grown-up” used pretty often. It looks like the younger generations taking over the dating app want the world to know that they are more mature than the rest and looking for the same. In addition, the Gen Zers are more likely to try attracting dates by boasting about the social action they take. Whereas, millennials were more focused on talking about travel and adventure.

But ultimately, Gen Zers say on Tinder that they want a “real connection” on the digital sphere. In fact, words like “connection,” “real,” “causes,” and “missions” appeared on the app as the most-used words by Tinder users. But it wasn’t all business and politics for Gen Zers. There were plenty of fun social words flying around too like “lit” or “snack.”

How does this info compare to your own Tinder experience? Are you seeing an influx of younger people on the dating app? Are you one of them? It looks like the dating world is quickly changing and growing younger by the day. Heads up men, Gen Zers are here. They are here to date and stay.