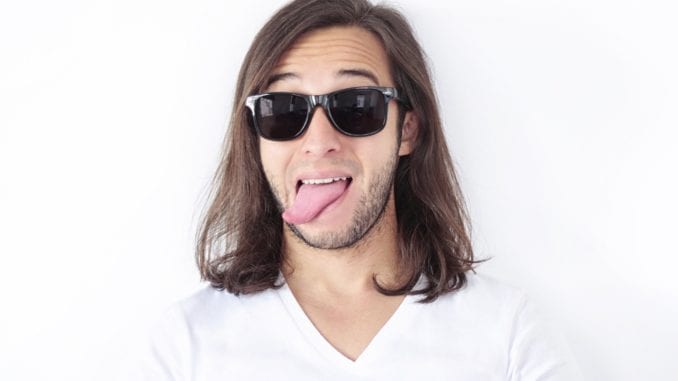 If that beginning to the article seemed a little aggressive to you – Good. We gay/bi men and women need to be more vocal and aggressive about our sexual needs. And one of our biggest needs is to get our Ds, Vs, and As licked from top to bottom. But sadly, that seems to be a less frequent event when we’re younger, according to a new study.

Cosmo teamed together with SKYN Condoms to see just exactly what men liked to do for their partners in the bedroom. And for younger men, it turns out that oral sex was not a priority. In fact, only 35 percent of millennial men said that they frequently go down on their partners. That’s just sad.

But that’s not all, the study also found that fourteen percent of 18 to 22-year-olds said they “don’t think [oral is] necessary.” Then nearly 50 percent (that’s almost half!) of 18 to 27-year-olds are more comfortable having penetrative sex than they are giving oral. Meanwhile, the number dropped as men got older, as 32 percent of 28 to 32-year-olds said the same.

Clearly, this is an experience and confidence situation. So get down on your knees men and pleasure your partners! Both you and your partners will thank you for it.

That said, it's not just the man’s responsibility to know what to do in bed. Just as in relationships outside of the bedroom, having sex involves open and honest communication.

As The Runner wrote:

“According to a study entitled “Differences in Orgasm Frequency Among Gay, Lesbian, Bisexual, and Heterosexual Men and Women in a U.S. National Sample,” straight men were most likely to say that they usually orgasmed from sexual intercourse– about 95% of the time– while straight women reported that they orgasmed from sex 65% of the time. While the study concluded that straight women were less likely to achieve orgasm when compared to their male counterparts, among lesbian and bisexual women, and gay men, it found that women who vocalized their wants to their partner were more likely to achieve sexual gratification.”

And as sexologist Carol Queen, PhD said to Cosmo, “Trying to make a woman orgasm without direct clitoral stim is the same as trying to make a man come without touching his penis.” And the same could be said for gay/bi men not receiving oral in their front or backside.

So, men of the world. Actively look to please your partners and ask them for their favorite pleasure spots or what turns them on. And for women and men on the receiving end, don’t just accept an experience that isn’t pleasurable. Speak up for your own pleasure. Having sex is a two-way experience, so act like it, everyone!