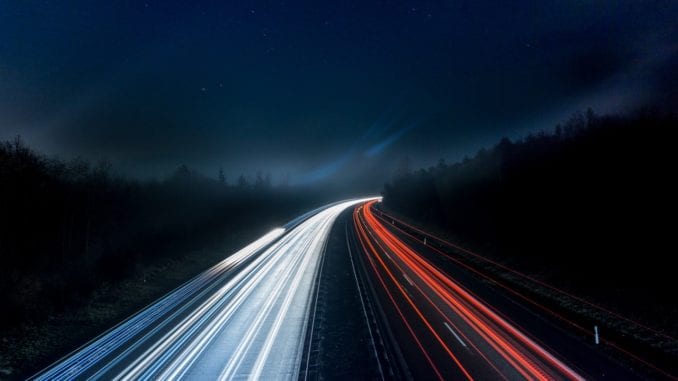 No doubt about it, the mid-engine Corvette Stingray is the most highly anticipated new vehicle of 2020. It’s built on an entirely new platform and promises to blow the doors off everyday supercars from your favorite brands. To get a preview of the 2020 Corvette Stingray, we matched it up head -to-head with the 2020 Porsche 911 Carrera 4S.

The new Corvette Stingray is the 2020 Motortrend Car of the Year. It’s the fastest, most powerful Corvette ever built. Wait, it hasn’t even been built yet. It doesn’t go into full scale production until February. That hasn’t derailed the hype train from name dropping the mid-engine Corvette Stingray everywhere in the media for the past 2 years.

The mid-engine Stingray was first revealed at a huge presser back in October of 2019. The event was held at the Kennedy Space Center in Florida to highlight the new Corvette’s fighter jet design. Just one look at the cockpit and the aerodynamic body kit and you can tell that this supercar means business. You can also see the V8 engine through the glass of its rear-mounted hatch.

However, Porsche engineers have pulled more power out of their flat six turbo engine and given it a new 8-speed dual clutch transmission. A new Wet Mode automatically senses rain on the road, just in case you’re blind. So, that the 911 Carrera can adjust the traction control on its own for more stability control. The 911 Carrera 4S is a bit faster than its predecessors, but its performance against the new Corvette remains to be seen.

The 2020 Corvette Stingray has an 8-speed dual clutch transmission, rear-wheel drive and is powered by a 6.2 Liter V8 engine. With the Corvette Stingray, it’s all about the Z51 Performance Package. That’s how you get from zero to 60 MPH in just 2.9 seconds and hit 11.2 second quarter miles. This package adds performance Brembo brakes and sport-tuned suspension.

You get an improved cooling system, better performance tires and a performance rear axle ratio. With the Z51 package, the Corvette Stingray has a maximum potential of 495 horsepower and 470 pound feet of torque. Its top speed is 194 miles per hour.

The 2020 Porsche Carrera 4S has a rear-engine, twin turbo boxer 6. Additionally, it’s twin-turbo configuration gives it more power throughout the whole speed range. With the Sport Chrono Package, you get the 911 Carrera’s best performance. You get a 7-speed manual transmission option but bear in mind that the PDK automatic is quicker.

The Porsche 911 has a max speed of 190 MPH and can go from zero to 60 in 3.2 seconds. It’s capable of achieving 443 horsepower and 390 lb. ft. of torque. With the Sport Chrono Package, you also get PSM Sport Mode, dynamic drivetrain mounts, a rev-matching function and the ability to customize your driving modes from the steering wheel.

By the numbers, the mid-engine 2020 Corvette Stingray with the Z51 package will outperform the 2020 Porsche 911 Carrera 4S with Sport Chrono package.  There’s lots of grey area in this head-to-head battle. There are other model trims that aren’t as responsive and fast.

For example, the 2020 Corvette Stingray has a more luxurious model trim – the 3LT. It’s the best platform for tacking on additional features and accessories. Unfortunately for Porsche 911 lovers, the Stingray 3LT without the Z51 performance package still cranks out enough horsepower to match the new Porsche 911 Carrera 4S best zero to 60 time.

Weight distribution plays a key role in the 2020 Corvette Stingray’s speed dominance. In an earlier press release, Alex MacDonald, Chevrolet vehicle performance manager noted that “The performance of the 2020 Stingray has far exceeded our expectations.”

MacDonald went on to say that “Moving more weight over the rear wheels helps us get off the line quicker, but it’s the integration between the powertrain and chassis that really takes the performance to new levels.”

Porsche engineers know this too. Their twin-turbo engine sits in the rear. The 2020 Porsche 911 Carrera has a curb weight of 3487 lbs. The Corvette Stinger weighs in at 3366 lbs. The Porsche’s height comes to 51.1 inches. The Corvette sits at 48.6 inches.

You can see that Chevrolet isn’t reinventing the wheel here. It’s no secret that lowering the vehicle’s height and getting the weight distribution tweaked in favor of the rear wheels will boost performance and traction. However, Chevrolet has just managed to hit the mark better than Porsche.

Both of these everyday supercars are fast. Both have high end style. Both have enormous amounts of torque on demand to put your back into the seat with every shift. However, one is almost double the price of the other.

One thing the 2020 Porsche Carrera 4S has going for it is the option for a full-on manual gearbox. In 2020, it’s so rare to find a car that doesn’t have paddle shifters, a CVT or some high-tech dual clutch. Some would argue that it takes the thrill out of driving. So, having the power and precision handling of the Porsche 911 with a manual transmission to play with, gives it a ton of cool points.

There is also no getting around the wealth of materials that go into producing a Porsche 911. With almost endless customization options, you can truly design a 2020 Porsche 911 Carrera that is almost one of a kind.

The 2020 Corvette Stingray wins hands down in the performance battle. You’ve also got to love the supercar mid-engine design, all for a price that’s cheaper than some pick-up trucks on the market today.

So, what do you think? Is the 2020 Corvette Stingray better than a Porsche 911? What other supercars do you think the new 2020 Stingray can beat in a race?