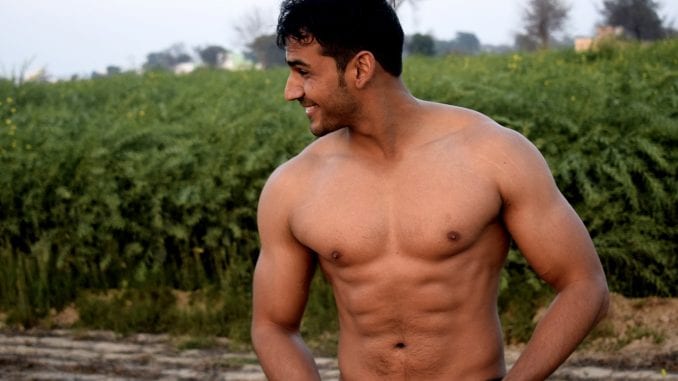 A CLOSER LOOK at the Brazilian martial art of Capoeira

I’ll never forget the confusion and wonder I felt training in Capoeira for the very first time. Is it a game? Is this dancing? Is it a fighting form? Just when I started to slack off and lose focus. WHAM! A kick to the head.

And that’s the point of Capoeira. It’s a deceptive cultural art form that was first developed by African slaves in Brazil. Since they were not allowed to use weapons or fight, the slaves would gather and play music. They would make a “roda” or a circle of players with musicians, also called “bateria” with singing, chanting and unique instruments.

The “jogo” is the game of Capoeira. It begins with two combatants called Capoeiristas facing off in the circle. They begin rhythmically circling around each other, swirling their legs, and twisting their bodies. Their movements look like dances, but they also resemble powerful acrobatic moves. It was a way of disguising one of the deadliest martial art forms in the world.

In a casual Capoeira exchange, there is very little (if any) physical contact between the Capoeiristas. In a more advanced setting, someone could get seriously injured. I was foolish enough to ask my instructor for a full-on demonstration. Let’s just say, I learned to respect Capoeira as a martial art from that moment on.

Today, Capoeira can be found in nearly every major city around the world. I discovered it in Miami where I started taking classes. I was intrigued by the style of Capoeira, but I also found that there were lots of health and wellness benefits that came with it.

Capoeira has a fixed set of moves and techniques. However, there is plenty of room for innovation and variety depending on your skill level. The basic move of Capoeira is called the “ginga”. It’s the side-to-side movement that sets-up nearly every other technique. It’s also the move that lulls opponents into a false sense of security thinking that you’re just dancing.

From the ginga, you launch kicks and sweeps. You also perform spin moves, knee attacks, evasions and other techniques. These moves look simple, but they require lots of coordination and practice. Performing these moves regularly will build your flexibility and balance. Stretching and conditioning your body is a big part of Capoeira.

It’s hard to quantify just how many calories you’d burn doing capoeira. You might attend a class and decide to only join a couple of games. You might keep a light pace. However, if you’re fully committed to Capoeira and you give it your all, you could burn a substantial number of calories in a limited amount of time.

According to ACE Fitness, a guy of average build can burn 766 calories in an hour. You can trace your own estimated results with the ACE Fitness calorie counter. If weight loss is one of your objectives, then you should definitely join smaller rodas. I once attended a Capoeira gathering, a “batizado” with close to a hundred practitioners. I only got to play once. So, attend more classes and less big gatherings.

Capoeira can be quite taxing if you’re not already in a fitness program. Each class starts with conditioning and warm-up exercises. Then, you work on specific skills and techniques for your level. It’s a total cardio workout before you even get to play the game.

The techniques and strikes of Capoeira are launched from the “ginga”. You are in a state of perpetual motion. That’s what makes Capoeira such a difficult martial art to face off against. Opponents are trying to keep pace with you and guess your timing. Then, you attack in a seemingly impossible and totally unpredictable fashion.

That’s no accident. In Capoeira, your stamina helps you to maintain the continuous motion of the dance while you set-up strikes and evasions. The moves are explosive. They require a lot of energy. So, if you want a challenge, then Capoeira is the endurance workout you’ve been missing.

4. A Sense of Community

A sense of belonging is vital to a person’s mental health. You need a support group to help manage stress and feel supported. Capoeira is a unique martial art in that it comes with a sense of community built into the framework. It’s rich in culture and ritual. Its techniques are largely passed down through oral tradition.

A Capoeira group is like a family. Most people join a Capoeira group and rapidly become a tightly knit group of instructors, students and fellow practitioners. When you deepen your understanding of Capoeira’s rich heritage, music, and culture, you can’t help but feel like you’re part of something greater.

Capoeira is especially taxing of the lower body. You’re moving constantly and performing lots of kicks and acrobatic movements that require lower body strength. Some of the more advanced movements incorporate the upper body, as well.

Sometimes, the movements of Capoeira use handstands, often in awkward and unorthodox positions. You might ace a handstand in your living room, but have you tried spinning on your hands, twisting your upper body and performing a kick at the end? It’s a combo that demands strength. The bodyweight resistance and repetitive movements of Capoeira build strength in your whole body.

Learning any new skill builds confidence. Capoeira is no different. Yet, there’s something different about this type of skill. It’s a martial art form with designated levels. There are no belts. Instead, Capoeiristas advance through different color cords.

The grading ceremonies are the big gatherings that often bring multiple schools together. These are called “batizados” and “troca de cordoes”. These public celebrations of your new skill level feel amazing. It’s a real self-esteem booster as everyone cheers you on.

Aside from the outward adoration of your Capoeira group, you develop a personal satisfaction for your own progress. You can think back to your early classes and how new everything felt (and how sore your body was from training). As you get more comfortable with Capoeira you find many opportunities to showcase your own individual style and personality.

Related: How to Protect Your Home Without Using Guns

Capoeira isn’t just for show. It’s a serious martial art form and self-defense techniques are an integral part of level advancement. You won’t think you can defend yourself that well with Capoeira at first, but as you get better, you’ll see how subtle and dangerous these moves can be.

Some of the best Capoeira moves are the evasions and sweeps. With a firm grasp of these techniques, you’ll feel comfortable avoiding damage in a fight and neutralizing your opponent by taking initiative.

In an episode of Fight Science from National Geographic, researchers determined that a Capoeira kick was arguably the most powerful kick in all of martial arts. They compared it to several other kicks, and they were all performed by masters of their respective disciplines. The Capoeira kick outperformed the competition and dealt out 1800 pounds of force.

Related: Dads Concerned with Bullying Should Look at Alternatives

I’m still figuring out Capoeira and I’ve been practicing for nine years. I can definitely say that it’s more than a fighting form; it’s a culture capsule. The music. The movements. It’s history that you can feel.

Capoeira provides so much more than the skills of a martial art form. You gain dexterity, endurance, and toughness. You also gain self-confidence and a sense of community. Practice regularly and you’ll be in phenomenal physical shape. Or in my case, you can use Capoeira to find your way back to a healthy lifestyle.

Capoeira is useful as a martial art form. It can teach you some real deal self-defense tactics. It’s not to be taken lightly. Those that do wind up learning some very hard lessons about Capoeira. Yet, Capoeira isn’t all about fighting. In fact, it’s a very reactionary martial art. Deception. Reversal of momentum. Anticipation of danger. These are important parts of the fighting aspect of Capoeira.

Lastly, there’s a health benefit that I did not include. Capoeira virtually eliminates stress. It’s the fluid motions of the dance, the rhythm of the songs, the physical discipline of doing repetitive motions, it all puts you into a meditative state of peace. It’s something that every man, every individual, should experience for themselves.