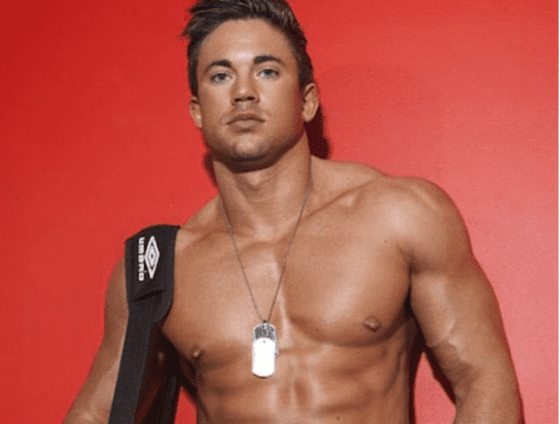 Male stripper who looks just like Channing Tatum makes more than $3,000 a weekend

Will Parfitt, 27, who was born in London but now lives in Australia, is a removalist by day but has spent the past three years stripping off at weekends.

Does anyone you know need a visit from a fireman? 🔥🚒

Will Parfitt's real-life story is almost exactly the same as Channing Tatum's. But he revealed stripping isn't something he ever really set out to do.

“I met a club promoter who started calling me ‘Channing’ as a joke. I didn't really take him seriously – he was the one who introduced me to Magic Men,” he told Daily Mail Australia.

Will strips with Magic Men, a Melbourne-based agency which specializes in nights out, from hen parties to one-off private events.

If you saw the Magic Mike movies and not-so-secretly hoped someone would make it a reality, you’re not alone. Will and his tempting, flirtatious and exciting team, Magic Men have brought the phenomenon of Magic Mike, Fifty Shades of Grey and others to life with a high-energy and breathtaking lavish experience unlike any other.

During the ‘busy season’, usually between October and April, Will can perform up to 15 times in one weekend. His show runs for 20 to 30 minutes during which he will strip down to a G-string, or if it's been requested, the full monty.

That's the life of a male stripper I suppose.

Ok so I decided to make a video to show you exactly what happens on my Saturday night, but not everything went to plan 😂🙈 here’s the BLOOPERS from my night 😬 . Look out for this video, big competition coming your way 😛

Each Magic Man has the body, the moves, personality and the charisma to excite and delight, and before you know it you’re up there with your own Magic Man dancing your heart out. Admittingly starting out with little to no professional dance experience, Will’s weekends with Magic Men over the past few years have turned him into one of the most popular requests, with his stage name influencing his dance and stripper style.

Who wants to help us with our new double routine? 🤔 .. Happy Monday 🤠🤠