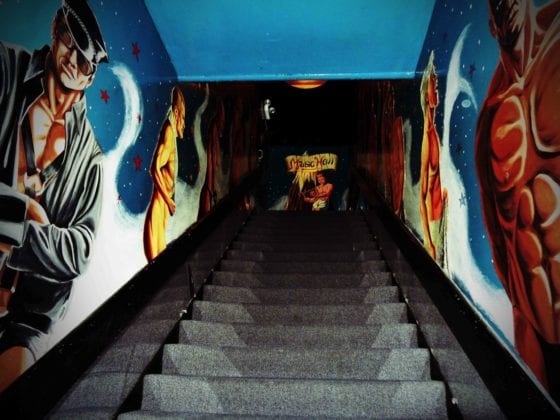 High on substances, I put myself in a dangerous situation. I still didn't ask to be gay raped

By: T in Chicago

Back in the day, partying was practically my vocation.  My life centered around the next party or the next hookup.  Back then, it seemed fun – until it didn’t.

One night over a decade ago perfectly illustrates this.  It started in the usual way – cocktails – and ended in an equally familiar place – the bathhouse.  This had been my formula for some time.  If it ain’t broke don’t fix it, right?

At the time I looked like somewhat like a younger Ethan Hawke, complete with goatee and soulful eyes (mine are green).  The gym had started paying dividends, abs suddenly visible and I felt liberated from the endless grade school torment that typified much of my childhood. 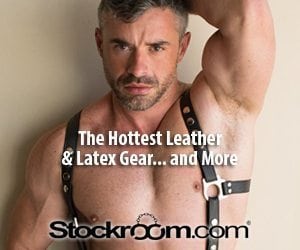 The “chubby” gay dude was no longer chubby.  And the attention of hot men was as big of a high as the vodka I drank or the crystal meth I smoked.  As I walked to the bathhouse I was giddy with anticipation.

Soaring from vodka and red bull I was on a mission to get the hottest, the biggest and the most.  “Room preference?” – asked the cute 28 year old Latino working the desk.  Chomping away at my gum, I excitedly exclaimed – “the grungiest.”  There are two bathhouses here in Chicago.

To ask for the grungiest at this place was redundant. Let’s just say this place would rank a level 10 on the nasty-scale.

After signing a document that I would follow all club rules (yeah right), I grabbed my key and towel and excitedly entered.  The bathhouse was straight out of the 1970s.  Tom of Finland, old photographs, ancient carpeting, cracked paint.  Totally pre condom mentality.

You actually have to ask for condoms when you go there!  A public health nightmare! The smell?  A combination of cigarette smoke, air freshener, pot, poppers and Crisco.  You get the idea.

Related: “Forced against my will” – Man tells his college rape story

It’s definitely the kind of place where you need to wear shoes. Within minutes I felt that I was the luckiest boy alive.  I ran into two muscular guys that found me attractive – the greatest intoxicant alive for the formerly chubby boy from small town Illinois.

The bigger looked a little like John Cena – not quite as muscular, but certainly defined.  And not as boyish – perhaps a little weathered?  LOL.

His counterpart had more of a swimmer’s build and resembled Vin Diesel a bit – although with unnaturally white teeth and well coiffed hair.  He was also a little too tan for a Chicago January.

After inviting me back to their room they offered me some “Gatorade” – the “G” being the operative letter.

I was happy to drink some of it.  It was my first time doing G and I never passed up a new chemical especially when it was free.  Damn these men were hot.  I was their submissive and I was in heaven.

They wanted me to be their play thing and introduce me to others.  I was happy to oblige, lol. We found our way into the biggest room – the sling room.  2 or 3 guys were hanging out there, and we started to mess around….

One small problem:  I forgot about the vodka red bull I had drank earlier.

Everything went….black… The very next thing I recall is someone yelling “Hey – what are you doing?  Get away from him!” I was face-down, groggy and unaware.  Hazily, I sensed that the voice came from some guy in the sling (let’s call him Slingy).  Apparently he had G’d out as well.

Apparently, my butt had turned into the bathhouse credit union. 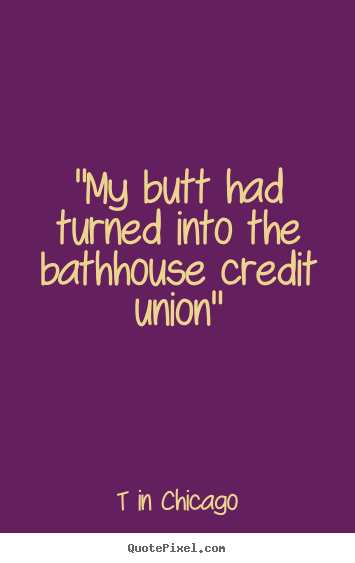 What started as an exciting prowling adventure nosedived into a dehumanizing and grotesque nightmare. Slingy successfully shooed them away and took care of me.  He helped me off the ground and put me in a cold shower.

He hung out with me…held me…stayed with me until I felt a little better. He even found me a cab when I was ready to leave.

He was my angel that night.

Fast forward into the future…

I don’t know when I became HIV positive.  May have happened that night – or on any dozens of similar ones.  However, maybe 4-6 weeks after that I got super sick and ended up in the hospital for 5 days.  We all know what that means, right?  Yep.  Poz.  Do I regret what happened?  Absolutely not.

Stories such as this bitch slapped me into realizing that the way I had been living no longer worked.  After some serious soul searching and honest (and not easy to hear) feedback from loved ones I went into treatment for addiction.  Best decision I’ve ever made.  Last time I used drugs or alcohol was over 10 years ago! Yep, I've been sober ever since.

And was this a rape? In my book, anytime a person is passed out and engaged in non-consensual sexual activity with another person (or persons) – it certainly is. Do I own some of what happened here? In this particular situation – yes. It’s still a rape and it does happen to men. Now, don’t get me wrong.

I won’t broadcast this on Facebook (I wonder how many “likes” I would get!) but I do freely talk about it.  Why you ask?

And last… It makes for an interesting story. In my case, gay rape happened while in an establishment where MSM. But there are straight guys who experience gay rape. It happens a lot in the military. Additionally, straight guys who are in prison get raped. It's really not just the stuff of gay erotica fantasy.

If you can relate to what I have shared here – particularly regarding use of meth – I'd like to recommend a book to you. It's called Lust, Men and Meth by David Fawcett. Thank you for taking the time to read my post.

This post was submitted by a reader of GPB as part of our “It Really Happened” series. Do you have a real life story that you would like to share?

We’d love to hear from you! Click here to learn more!