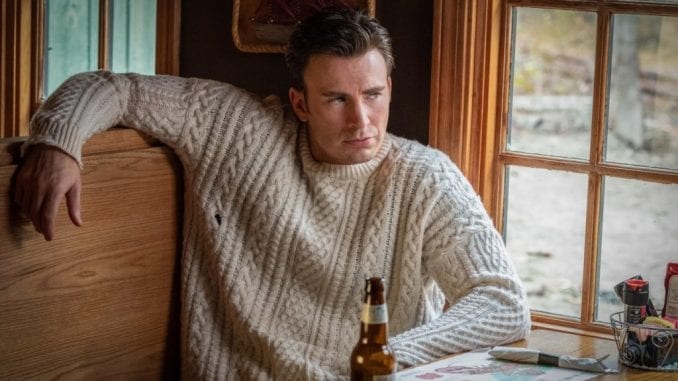 Boy has Chris Evans had a crazy week!

The Marvel Cinematic Universe star has been the center of media attention for many years now. Since he first took on the role of Captain America, Chris Evans has constantly seen himself as the topic of Twitter frenzies and countless headlines. But it was one social media mistake from the actor himself that led to the latest, and Not Safe For Work-themed, media craze. But, wonderfully, he found a great (and political) way to address the situation. 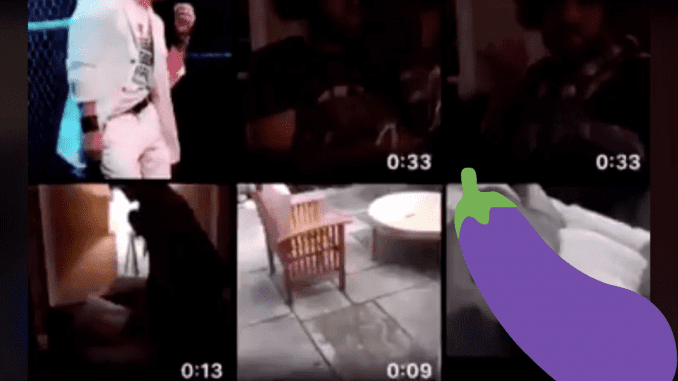 At its core, this entire situation is a reminder that you should ALWAYS be careful what you post on social media. And make sure to review your post before you post it. For Chris Evans, who has 5.7 million Instagram followers, he must have forgotten to do a double-check before he released a now-famous video through his Instagram account.

In the video, Chris Evans and his younger brother, Scott Evans, are seen playing a game of Heads Up. The video is full of tame family fun… until the end. At the end, Evans forgot to trim off the reveal of his gallery of videos and photos. On the grid, we see a quick picture of a penis. Despite Evans quickly deleting the social media post, fans were quick with screenshotting and video recording the video. Now, it can never go away.

And before you ask, we haven't shared the video on this page. While we can’t share the video here, due to its NSFW nature, we are sure you can find it on social media sites like Twitter.

Was off social media for the day yesterday.

Related: How To Dress In The Americana Fashion Style

While the picture isn’t confirmed to be Evans’, why else would it be on his phone? It was a very candid photo, so it wouldn’t seem to be a photo from an adult film. Though, there is the possibility that Evans just happened to download another man’s penis picture. If so, that would raise many OTHER questions. For the most part, however, everyone’s assumed that the picture belongs to Chris Evans. And, he hasn’t denied the fact either.

In response to the nude leak, the internet went CRAZY with jokes, memes, skepticism, and absolute thirst.

“Chris Evans accidentally leaked his nudes and I missed it,” wrote one Twitter user.

Me trying to find #ChrisEvans dick pic after he leaked it on Instagram pic.twitter.com/qAarUzXX63

Me: I wonder why Chris Evans is trending? Is it because Cap was the best Avenger? Did he do some awesome charity work? Is the doggo okay?

i honestly don't care about chris evans leaked nudes but i would like to hear the story behind this pic and why is it in his camera roll pic.twitter.com/TjomtXhqNv

chris evans’ dick pic getting leaked was not on my 2020 bingo card pic.twitter.com/pRfk3dMlVE

It’s been reported Chris evans has fell over 💔 wishing him luck recovering 🥺🥺 pic.twitter.com/koPzekJjlV

My WhatsApp automatically saves every photo to my roll so any boobs in my phone are my girlfriends showing me their boobs or boobs they hate or boobs they love or yeah def also my boobs. I’d say 80 percent of my roll is whatsapp nonsense between friends

Related: 10 Facts About Chris Evans That Might Surprise You!

But what was Chris Evans’ response to this self-leak? He spun it to support voting in this upcoming U.S. presidential election.

After letting the situation fester for two days, Chris Evans eventually posted a short, simple, yet powerful statement on Twitter.

That simple response turned a PR nightmare into a positive one and earned Chris Evans major respect from Twitter users (both celebrities and fans).

Evans later elaborated on his embarrassment in an interview with Tamron Hall on Hall’s talk show.

“Look, it was a very interesting weekend, full of lessons learned,” Evans said.

“You know, things happen. It’s embarrassing, but you gotta roll with the punches,” he added. “I will say, I have some pretty fantastic fans who really came to my support. That was really, really nice.”

In an interview with @tamronhall that just aired, @chrisevans talks about what happened this weekend. pic.twitter.com/i9clWprQZf

instead of spreading chris evans leaked photo, share these. thank you. pic.twitter.com/mHbdtWPJKu

instead of spreading chris evans leaked photo, share these. thank you. pic.twitter.com/4mS1LWfFeB

On that note, many, including Thor star Kat Dennings, called out the internet for how they reacted to Chris Evans’ leak with such positivity and understanding. Meanwhile, female celebrities who have had nude leaks or engaged in adult content are often ridiculed or condemned.

“The public respect for Chris Evans’ privacy/feelings is wonderful,” wrote Dennings. “Wouldn’t it be nice if it extended to women when this kind of thing happens?”

The public respect for Chris Evans’ privacy/feelings is wonderful. Wouldn’t it be nice if it extended to women when this kind of thing happens?

From Justin Bieber to Tyler Posey, Orlando Bloom, Steph Curry, Dylan Sprouse, Kevin Hart, Lenny Kravitz, and more, several male celebs have had nude leaks. In fact, it seems normal nowadays for a big name male celebrity to have a nude leak at least once in his career. Yet, these leaks are often celebrated and sought after. As soon as news of a leak hits the internet, there are mass searches on social media and search engines to find the images and videos.

Meanwhile, female celebrities are often mocked for similar leaks. When Bella Thorne leaked her own nudes on Twitter in 2019, thanks to a hacker threatening to release them, she was publicly condemned. Specifically, the hosts of The View mocked Thorne. A similar situation happened to Jennifer Lawrence, Kate Upton, and Kristen Dunst when a hacker broke into their iCloud accounts in 2014. Former SNL comedian Leslie Jones was also mocked when she was hacked in 2016.

With all of this evidence, it does seem right to call out the double standard.

…NOW that I have your attention…if you’re inside, trying to beat the heat, NOW is a good time to FINALLY go to https://t.co/sUhu6GQEjO and/or https://t.co/ikeuP307do and make sure you’re registered at the correct address and counted in the census! LET’S GO! #vote #census2020 pic.twitter.com/GQXMtZYvdL

Related: 7 Facts About Wilson Cruz That Will Inspire You

Though, there are also some who are saying that this is all a publicity stunt. These sorts of comments are also familiar during nude leak scenarios. But would Chris Evans really purposefully share a picture of his, alleged, penis in order to get a moment of fame? Certainly, the star is already popular enough to not need such a strategy. To be fair, this moment definitely kept him in the public consciousness.

That said, using thirst to keep or claim public attention (and then use it for a political statement) is not new to Hollywood either. Just look all over Instagram, it happens every day.

We are also reminded of Star Trek: Discovery star Wilson Cruz’s recent thirst post to get more people voting in the upcoming election.

“NOW that I have your attention,” Cruz wrote similarly to Evans’ post, “If you’re inside, trying to beat the heat, NOW is a good time to FINALLY go to http://VOTE.ORG and/or http://CENSUS.GOV and make sure you’re registered at the correct address and counted in the census! LET’S GO! #vote #census2020” 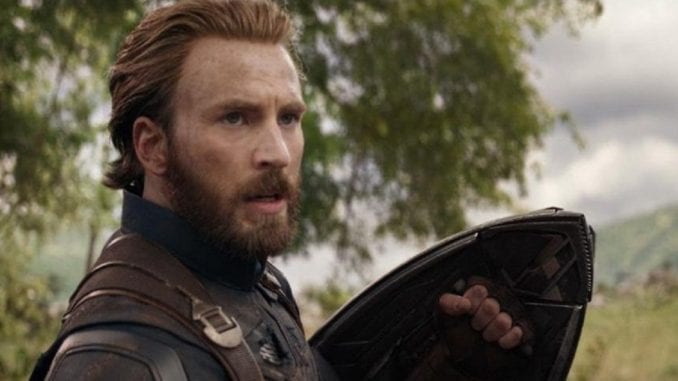 Again, it’s been a crazy week for Knives Out star Chris Evans. The man grabbed the internet’s attention for a good couple of days. He also gained the thirst and respect of the internet as well.

Many things can be learned from Chris Evans’ two posts. Again, make sure to look over your post before you post it. Just in case! Second, share a short but humble and empowering message to not only acknowledge a similar mistake but also direct the conversation away from your mistake. That way, you can walk away with your pride intact. Even if your privacy isn’t so safe.