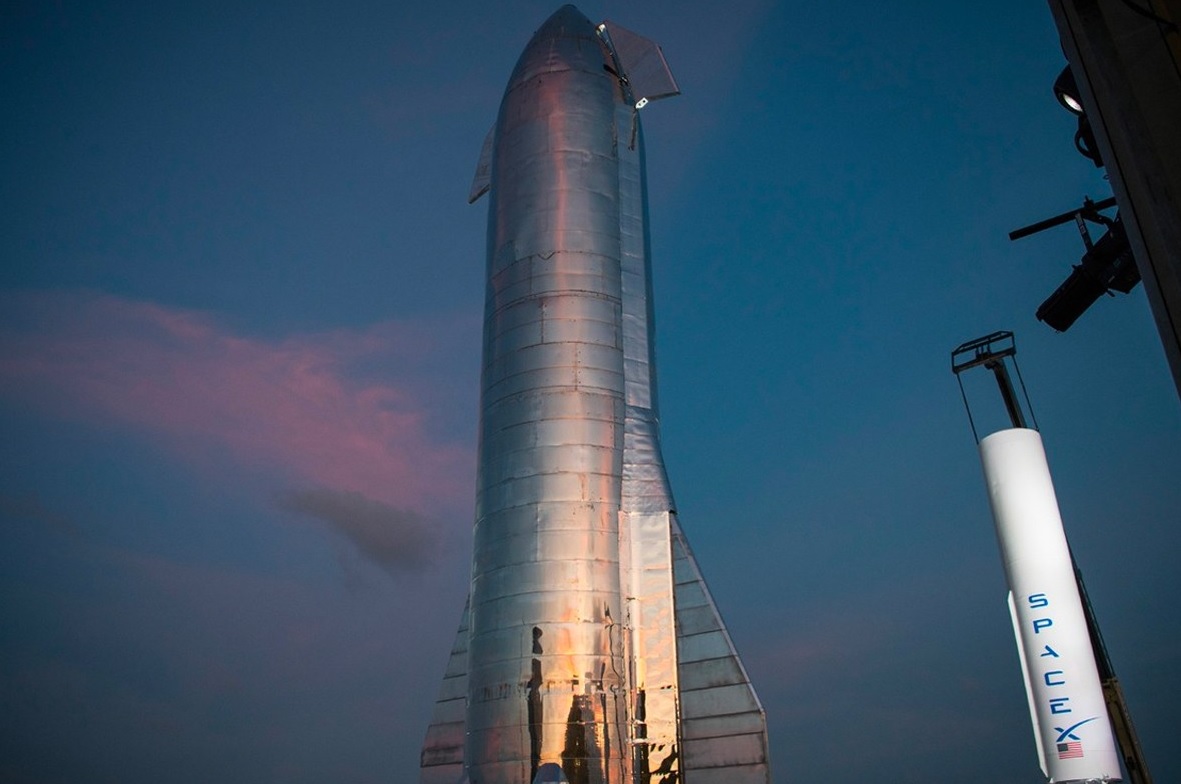 Prototype rockets keep exploding but people keep signing up for trips to outer space. Elon Musk’s SpaceX first civilian flight into space has just filled all its seats. The mission is called SpaceX Inspiration4 and as the name would suggest, 4 civilians will board a SpaceX rocket into outer space.

Inspiration4 will be the world’s first civilian space flight and marks a turning point in space exploration. The SpaceX rocket will take off from the same Kennedy Space Center launch pad as the Apollo space missions. Four passengers will blast into a low earth orbit for several days.

The first seat on the shuttle will be taken by 37-year-old Jared Isaacman. Rounding out the flight crew are a recovered cancer patient from St. Jude’s Hospital named Hayley Arceneaux, Dr. Sian Proctor, a community college educator, and Chris Sembroski who is a former Air Force missileman.

Related: How to Be an Astronaut and Get Your Extreme Vacation On

Each of the four crewmen represent a different quality of the mission. There’s Hope, Generosity, Leadership and Prosperity. On a SpaceX press release, mission commander Jared Isaacman had this to say –

“In fulfilling a personal and lifelong dream, I recognize the tremendous responsibility that comes with commanding this mission. While a historic journey awaits us in space, I hope this mission reinforces how far inspiration can take us and the extraordinary achievements it leads to here on Earth.”

A new view for crew pic.twitter.com/iSVwUyJT5R

The crew of the Inspiration4 will conduct scientific research and experiments in space. It’s not just a joyride. Each crewmember will have responsibilities onboard. There has not been a specific launch date hammered out, but the launch will happen no earlier than the fourth quarter of 2021.

This new comes right on the heels of the latest failed test launch for the SpaceX Starship rocket. The SN11 rocket exploded on March 30th. It took off from Boca Chica but exploded during the SN11’s landing sequence.

This is the fourth failed test run in a row for Elon Musk’s Starship rocket. The rocket is designed to takeoff vertically and ascend to a high altitude. Then, it’s supposed to re-enter the Earth’s atmosphere, perform a belly flop maneuver, and then land safely on a platform.

The SN10 test seemed to be a success. It managed to land safely onto the pad. Yet, it exploded violently about 10 minutes after landing due to a fuel leak. The SN11 Starship never even managed to make a landing attempt.

Elon Musk has been surprisingly chipper and optimistic about his company’s numerous failures with the Starship prototype.

Looks like engine 2 had issues on ascent & didn’t reach operating chamber pressure during landing burn, but, in theory, it wasn’t needed.

Something significant happened shortly after landing burn start. Should know what it was once we can examine the bits later today.

These are highly publicized failures, but they haven’t blunted the public interest in commercial space flight. Thankfully, the crew for the Inspiration4 mission will be using the Crew Dragon capsule which flew four astronauts to the International Space Station in November 2020.

Related: How Can I Join the New U.S. Space Force?

It wasn’t hard to find people who were interested in traveling to space. Jared Isaacman is a billionaire entrepreneur and bought his way onto the mission by underwriting it. About 200 entrepreneurs applied for the Prosperity seat.

Dr. Proctor won by demonstrating an ability to raise funds for St. Jude’s Hospital. Sembroski was selected for the Generosity seat by beating out 72,000 applicants who donated to St. Jude’s Hospital. Even with SpaceX’s high visibility failures, people are clamoring to get onboard.

It’s not just SpaceX either. Virgin Galactic unveiled its latest spaceship, the VSS Imagine. It’s certainly flashier and more futuristic than anything SpaceX has put forth, but it has yet to perform any real test flights in outer space.

That hasn’t stopped Richard Branson from selling the dream of commercial flights to interested buyers. On the Virgin Galactic website, he proudly stated “Virgin Galactic spaceships are built specifically to deliver a new, transforming perspective to the thousands of people who will soon be able to experience the wonder of space for themselves.”

“As a SpaceShip III class of vehicle, Imagine is not just beautiful to look at, but represents Virgin Galactic’s growing fleet of spaceships. All great achievements, creations and changes start with an idea. Our hope is for all those who travel to space to return with fresh perspectives and new ideas that will bring positive change to our planet.’’

Related: Urban Travel is About to Get Futuristic

Commercial space flight is certainly on the horizon. The Imagine4 mission is just the start of an entirely new era of exploration that brings the stars closer to everyday civilians. The space station, the moon, even Mars don’t seem that far out of reach any more. We can only hope that engineers and pilots value passenger safety over the deafening roar of their spaceship rockets.