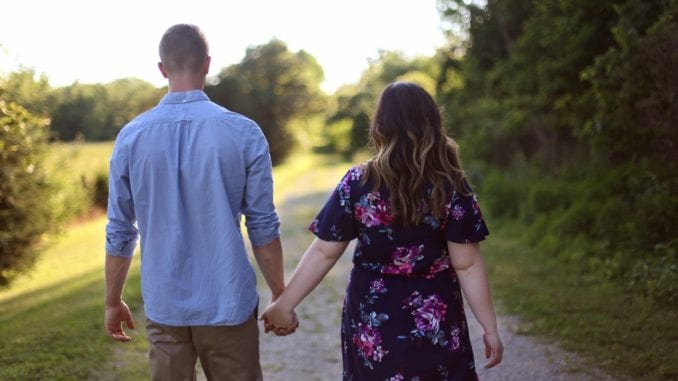 Here's how you know you are dating a narcissist

Have you ever wondered if that person you are dating is a narcissist? On more days than not, does it seem like your partner talks almost exclusively about themselves? Are you growing increasingly frustrated at their inability to show you reasonable attention?

Finally, do you feel like you have to beg this person to inquire about what’s going on in your life?

If you answered yes to these questions, you may very well be dating a full on, clinically diagnosable narcissist.

There have been plenty of articles written online about the topic of dating and narcissism. Many of them tend to pop up in popular magazines for targeted towards women about guys. Few resources exist however that addresses the topic of narcissism from the male perspective.

This is unfortunate given the increased awareness on mental wellness.

The goal of this article is to explore this issue in a way that shines a light on a problem that is often misunderstood and widely not discussed. We’ll first take a look at what the term narcissism truly means and then move about the business of providing 10 concrete narcissistic examples. Let’s jump right in! 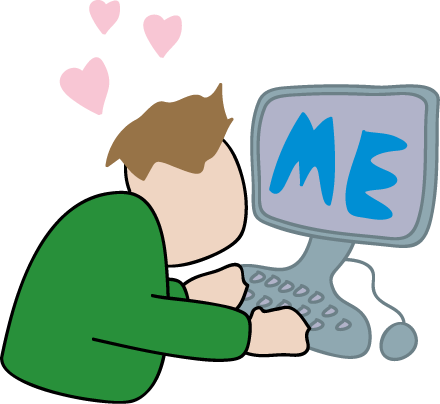 We’ve seen representations of narcissism on television shows such as JR’s character on Dallas and in movies, like Joan Crawford in Mommy Dearest. As a result, the term “narcissist” has been so skewed to mean extreme selfish behaviors.

But are these pop-culture depictions accurate? In some ways the answer is yes but in truth but narcissism is often more subtle.

At its core, narcissism is a very real personality disorder that is fully recognized by the American Psychological Association. Specific diagnostic criterion has been spelled out in their publication for clinicians entitled, The Diagnostic and Statistical Manual of Mental Disorders (DSM for short).

The key feature of narcissistic personality disorder (NPD) is an excessive absorption of one’s self. In plain speak, this means the person is missing a “chip” that allows them to focus on others – including you.

Related: Is my girlfriend a psychopath?

With all of that out of the way, what follows are 10 common warning signs of narcissism you can’t ignore. If you notice 5 or more of these traits in the person you are dating, it may be an indication that he has NPD. Be sure to read them all so you are able to better understand what you’re dealing with.

Many people who are diagnostically narcissistic often have history spotty relationships. The primary reason for this relates to grandiose behaviors that have been present for most of their lifetime.

Because they think so highly of themselves, they view others as “unequals”, thereby making it impossible to formulate long term romantic relationships.

Women with NPD are no different than their male counterparts for this red flag. The difference is that (some) women with NPD commonly use social media as a conduit for attention. You will be able to recognize these types of people almost instantly when you check out their Facebook or Instagram accounts.

A person with NPD will often take a topic you are talking about and somehow find a way to turn the discussion back to them. This is an indication of self-important behaviors and one of the clinical criteria of NPD. 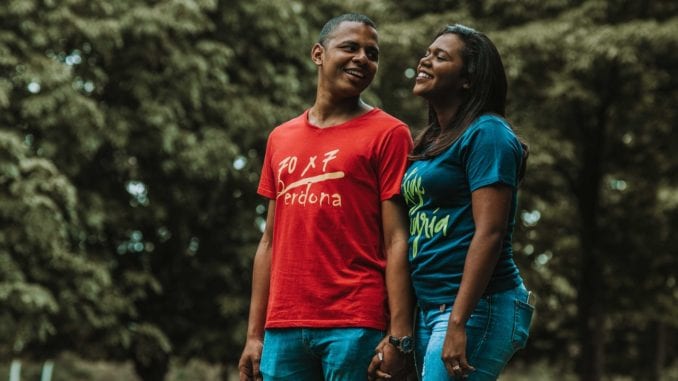 This point may not need a lot of explaining but here it goes anyway. Ever meet a person who basically just wanted to sit back while you did all the work and got nothing in return (read between the lines) Guess what, that’s a narcissist.

This point is particularly true if you have been seeing the person for a little while and they are completely uninterested in doing anything other than what they want to do in the bed. Many of these folks think they are goddesses to be worshiped.

5) Big time envious of you

Another bright red flag of a narcissistic person is that she is envious of you and not in a good way. In other words, she is genuinely angry because you received attention and she did not.

People who are narcissists really struggle with being able to demonstrate empathy. Because it always has to be about them, they don’t have that “chip” to step into the shoes of another person. Worse, much of the emotional pain they cause in others isn’t something they know how to own or take responsibility for.


A tell-sign of a narcissist is that the person exploits others in order to get what she wants. This goes beyond mere networking. A person with NPD purposely forges relationships under false premises with the hope of gaining an advantage.

8) Thinks they are a celebrity

Individuals with NPD will often hold out the belief that they are somehow special. Sadly, this can translate into some feeling they are celebrities.

One of the worst things a person can do is look down on another. People who are narcissists however do this all the time. An example of this is the classic example of the hypothetical date you go to dinner with who is verbally abusive towards the waiter/waitress.

Remember, people with NPD think they are somehow special and therefore “above” others. Talking down to people, making offensive remarks and being outright abrasive is a glaring feature of a narcissistic individual.

10) Inability to show interest in you

The final warning sign should be the most obvious one. A true person with NPD will demonstrate an inability to show genuine interest in you.

Dating has always been a risk vs. reward endeavor, particularly for in a world of dating apps. Hopefully the 10 signs of narcissism shared here will help remove some of the “risk” so that you can minimize being hurt.

There’s a great book you might want to consider picking up entitled: Why is it always about you by therapist Sandy Hotchkiss. Inside, you will find page after page of useful information that can help you avoid getting involved with someone who has NPD.

It’s also a great real for anyone trying to break unhealthy dating patterns.