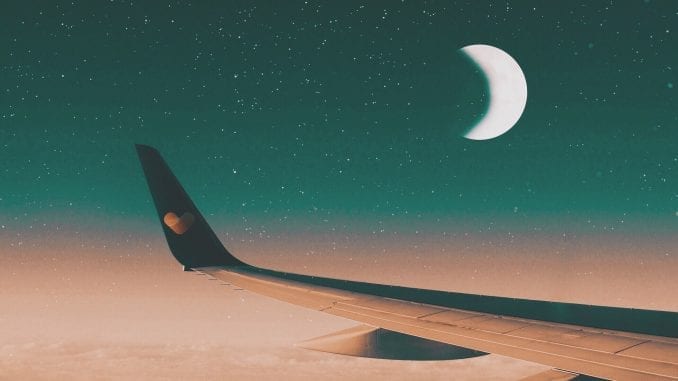 I’m not crazy – my flight was haunted

Can a flight be haunted? I’m here to tell you first-hand the answer, yes. That’s because last year, my flight from Chicago to Miami was visited by ghosts – and I’m pretty sure it was the crew Eastern Airlines Flight 401.

It’s OK to think I am nuts. I don’t blame you and would probably be thinking the same thing. But that doesn’t change the fact my plane, in this case, a Boeing 737, was undeniably visited by ghosts.

I’m not going to tell you the airline I was flying because it really doesn’t matter. What I can share is the haunting took place somewhere over the Florida Everglades, not far from Miami International Airport.

I should probably tell you this was a red-eye flight and there weren’t a lot of people onboard – maybe 50 at the most? I can also tell you I wasn’t on drugs (legal or illegal) and I had not been drinking.

The reason for the trip was simple: My aunt had died a few days earlier and I was going to pay my respects. It was the least I could do, given her role in raising me and at times, acting as a kind of second mom.

So, here is what happened. I was sitting in a window seat, in coach, with nobody next to me. There was one person behind me, sprawled out and fast asleep.

Nobody was sitting in front of me.

Across the aisle, also seated in a window seat, was one old woman who was reading a book with the help of the overhead light.

As you can imagine, the plane itself was dark because the cabin crew had dimmed the lighting so that passengers could sleep. There was no turbulence either, just the sound of the engines whining over the wings.

And so, it must have been around 5 am when the haunting happened. I had been following the flight’s progress on the seatback screen in front of me and was aware that we were just entering the Florida Everglades.

Feeling tired, I closed my eyes for a moment. At some point, and I don’t know how long, I could sense the presence of someone next to me. There is no way to explain this sensation. You know it when it happens.

At any rate, I decided to open my eyes again. When I looked to my left, I saw someone was occupying the aisle seat. Remember, for the entire flight, nobody was sitting there.

Not wanting to be rude, I said hello to my new seat-mate. He was a male, in his late 40’s or early 50’s. He appeared to have some type of uniform on with insignia that indicated he was a pilot. He also had on captain’s that that clearly read Eastern Airlines.

When I said hello, he nodded back. He then leaned over to look outside of my window, twisting his body in such a way that I could make out an ID badge that clearly showed the name, Robert Loft.

Following his lead, I decided to look at the window as well. All I could see was pitch darkness, which is typical when you fly over the Everglades.

When I turned around to look at the pilot again, he was gone. Yep, that’s right – there was no trace of him. A little freaked out, I unbuckled my seatbelt and stood up, hoping to see if he had moved to another seat.

He was nowhere to be found. But what I did see was a new person across the aisle. Remember that old woman I had told you about who was reading her book? Well, she was no longer there. Instead, I saw another person in a pilot uniform.

Curious and a little spooked, I left my seat and made my way across the aisle. As his presence came more into focus, I could see that he too had an Eastern Airlines pilot’s hat on.

“Hi, I’m Don. Are you looking for something?” he asked. Embarrassed, I said no and turned around to head back to my seat. By the time I had buckled myself in, “Don” was gone. I’m for real – the guy was gone. Instead, it was that old woman was back, reading her book.

Needless to say, I was utterly freaked out. For the duration of the flight, I kept looking around me, unsure what was real and what was not.

But I was also determined to find what had happened.

I tried to put the incident out of my mind for months. If I told anyone what had happened, I was sure nobody would believe me. In fact, I was pretty people would call me crazy.

It was only after I did a little research that I discovered my experience was not a one-off. Apparently, other people have had similar experiences.

It turns out that the area I was flying over is the well-known stomping grounds for the crew of Eastern Airlines Flight 401: A plane that crashed in 1972 over the Everglades. They even made cheesy movie about it.

The point of this entire story is to simply tell you that yes – planes can be haunted. I don’t pretend to understand why it happens. I also am not an expert in paranormal phenomenon.

But I will say that if you are ever on a flight over the Florida Everglades, particularly late at night, watch your surroundings closely. You too may experience something extraordinary.

It happened to me. Big time.