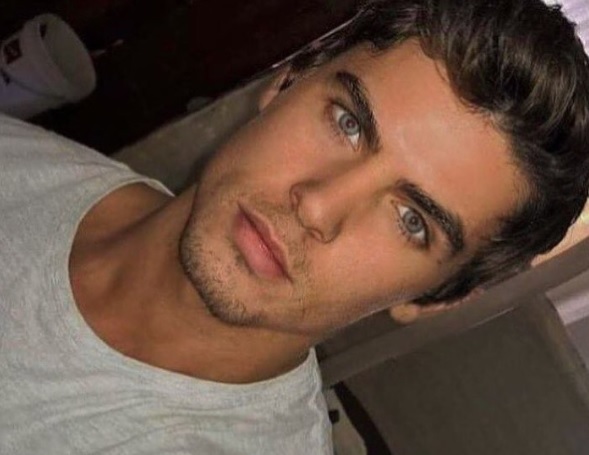 I never thought it was possible.

By: Juan in Chicago

In my life, I’ve seen my fair share of hot men. Goodness knows around summer time they are a dime a dozen. But today I experienced something I never thought was possible.

A man at my gym was so stunning that I lost my voice. I’m not saying that as a metaphor either. I seriously lost it.

Now before continuing I just want to say I know how vapid and shallow this must seem. But the way I look at it, sometimes you just have to let the gay out.

My husband and I were working out in the free weight area of our gym. We’ve been going there for over 20-years and like the place because it’s all about the weights. Honestly it doesn’t have a super cruisy vibe.

Don’t get me wrong. People do check one another out. But if you’ve exercised for any amount of time, you know some gyms are cruisier than others.

Anyway, here I am on a Hammer Strength machine, pounding out my last set on the bench press. Just as I am lowering the weights, I saw a yellow blur out of the corner of my eye.

But there was something more that happened.

Deep inside, I sensed the energy in the room had changed. Don’t ask me to explain it because I can’t. The best I can say is that karma told me that hotness was present.

When I sat up, the blur suddenly came into focus. I tried not to stare. He was doing curls with barbells, intently focusing on his form.

The dude was probably 6’0, early 30’s with reddish blond hair and a short beard. Even though I am near sighted, I could easily make out his piercing green-blue eyes.

He was wearing a yellow tank-top that revealed a manly, hairy chest. Below that, he had on black shorts and black gym shoes. The best I can describe him is a muscular wolf with a hint of jock. Not overdone – just muscular and athletic.

Oh, and there was a gold wedding band. That of course added to his allure.

I turned my head away. And guess what I saw? My husband sitting on a nearby bench, completely mesmerized by him.

Moments later, the guy finished his sets and left the room. This allowed both my husband and I a chance to talk. Yeah, we are the kind of couple that absolutely gossips about cute guys we see.

When they are mega-hot, we even give them nicknames.

“WTF was that? It was like woof and lick just walked into this place!” I said to my hubby. He snickered and added back … “And yum, too!”

After 30-seconds of comparing notes, we agreed to call this person Clark. The reason is simple: had a tattoo around his ridiculously hot bulging bicep that had what looked like a Superman logo on it.

Granted – it might have been something else but that’s what we were able to make out.

Some part of me felt relieved after “Clark” left the area because to keep it real – there is just no way I could have continued working out in his presence.

“Karma told me that hotness was present”

So for the next half hour, I finished my exercises and so did my hubby. At about 3 pm, we decided it was time to leave. Cool, right?

Just as we were about to enter the locker room, Clark suddenly emerged from around the corner. He stopped directly in front of us (like 1 foot away) and said with a super deep baritone voice.

“Wassup dudes – you guys know where the boxing room is?”

In my mind, I knew the answer to his question. As I mentioned earlier, I’ve been going to this gym for over two decades. It’s on the second floor in the Northeast corner.

BUT WHEN I WENT TO TALK, NOTHING CAME OUT. ZIP, NOTHING!

Clark looked at me with seriously hypnotic eyes – the kind that could disarm even the coldest of hearts.

I tried again to talk. The only thing that came out was an audible squeak. Seriously, I felt like a big girl! Thankfully, my husband was able to verbalize – but he had to clear his throat first!

As Clark offered his thanks and walked away, my hubby busted out laughing. Apparently, my face had gone red. But you know what? I wasn’t alone because his face was, too.

Once we exited the gym, we spent time talking about Clark and his hotness. “What if we ran into him in the locker room with nothing on?” asked my hubby. In turn, I said, “Baby – that’s something we don’t want to know. The fantasy is always better than the reality!”

Several years ago, a friend of mine told me that he lost his voice after randomly bumping into a celebrity in L.A. He didn’t become speechless because the guy was a star.

Instead, it was because the man was stunning. In fact, it took him 30-seconds to realize it was Chris Pine he had just seen.

I'll be up in the gym, just workin' on my fitness 💪🏼 Smashing arms today. What are you guys training?

Honestly, I always thought phrases like “he left me speechless” and “he took my breath away” were metaphors. It turns out that sometimes, axioms fit.

In the case of Clark, he’s probably a newbie to our gym or maybe on a visitor’s pass. In any event, my hubby and I kind of hope we don’t run into him again.

Because there are some people who are so hot that they become a distraction!

PS: I did get my voice back

Photos in post are examples of the guy's look. Not him but similar. OMG WOOF!