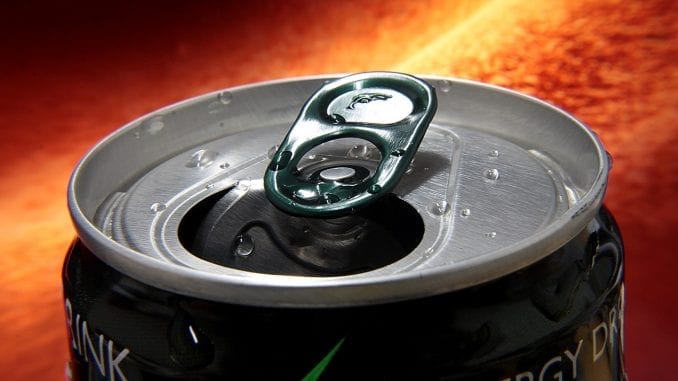 The global pandemic has fueled video game sales, but what fuels the gamers? The answer is energy drinks and lots of them. Are energy drinks the new steroids of the gaming industry?

That comparison isn’t just for shock value. There are energy products on the market that look just like powdered supplements sold to bodybuilders. As competitive esports gain popularity and revenue, popular gamers are becoming the poster boys for heart-pounding gamer fuel.
Energy drink companies are well aware of the trend. It wasn’t long ago that I recall seeing a popular energy drink being advertised on my Instagram feed as a workout refueler for gymheads. Now, that same energy drink company is putting its cans in the hands of avid gamers.

While scrolling through my Instagram feed, I recently ran across a post that caught my attention. A well-known gamer had just partnered with an energy drink to create a series of posts that were basically commercials. This energy drink brand was previously seen almost exclusively in the hands of bodybuilders and workout fanatics, but now it has shifted its attention to the cup holders of gaming chairs instead.

Energy drinks are big business. According to statistics from Allied Market Research, the market for energy drinks reached $53 billion in 2018 and is expected to top $86 billion by 2026. That’s a healthy growth rate for any business.

While adults are the main consumers of energy drinks, the number of kids and teens consuming energy drinks has risen exponentially in the past 10 years. By attaching themselves to the gaming industry, energy drink companies are finding a much younger niche market.

Why Do Gamers Drink Energy Drinks?

Gaming does come with a certain set of vices. There’s a high amount of screen time, nicotine vape and cigarette usage, and a high level of consumption in energy drinks. That’s just the legal stuff. There is also a prevalence of prescription drug abuse like Adderall and Ritalin.

Energy drinks aren’t just for enhancing a gamer’s fun. People are using energy drinks to enhance their performance while gaming. In the competitive world of esports, it’s all about getting a competitive edge. The allure for gamers is that you can use energy drinks to stay in the game longer and have faster reaction times. Gamers want laser-like focus, especially when there is money and fame involved.

A small study published in 2019 looked at whether energy drinks really made a significant difference in competitive gaming. These products are marketed directly to gamers and boast performance-enhancing abilities that would benefit professional players, so it’s important to understand just how much improvement players can expect.

They tested the players’ attention span, reaction time, memory, and motor skills. Everyone was either given a controlled dose of an energy drink or a placebo. What they found would come as a surprise to most gamers.

Participants in the study showed no significant improvement after taking the energy drink. There was no noticeable boost to their level of focus (as advertised) or ability to press buttons faster than the competition.

Admittedly, it was a small segment of players who participated in the study, but they were elite gamers who represent the best skillset among professionals in esports. Surely, if energy drinks were able to enhance a players’ performance, then it should have worked for them.

But the Kids are Drinking It

Energy drinks are powerful stimulants. At their simplest incarnation, they contain high levels of sugar and caffeine. Some energy drinks contain taurine, ginseng, guarana, and other ingredients. In the hands of a young gamer, energy drinks can be a dangerous cocktail.

While some energy drinks like Red Bull and Monster pack a relatively mild caffeine punch, other energy drinks are loaded with enough of a stimulant kick to cause serious side effects in users. Some of these super-stimulants are being promoted by popular online gamers and have branding that is specifically targeted at the youngest demographic.

The Journal of Nutritional Education and Behaviour reported the findings of a 2014 study on energy drinks and their connection to adolescent gamers. The report also explored other connections such as cigarette smoking and extended screen time to draw further behavioral correlations.

The researchers conducted a survey on more than 2,700 middle and high school students in Minnesota. They discovered that both boys and girls who played more video games also consumed the highest amount of energy drinks.

There’s a new type of energy product being sold to gamers. It comes in a powdered form, like pre-workout and it can contain a wide list of ingredients. I found the product on Amazon and was able to purchase it without an age verification.

I kept expecting a notification wall to stop the process and at least warn me about the dangerous stimulants in this product, but it was in my basket and checked out in less than 30 seconds. Just like that, I was on my way without any sort of warning or safety notice.

That’s shocking considering that in the UK, you can’t even purchase a Red Bull at the grocery store without showing ID that says you’re over 16 years of age. Kids can totally bypass that system by simply buying their gamer fuel online.

The product that I purchased didn’t mention how much caffeine is in each serving but promised that gamers would stay up longer and have enhanced focus. According to an article from MailOnline, these products can contain about 200mg of caffeine in a serving. That’s the equivalent of pounding 3 Red Bulls in a row.

These products look like barrels of powdered drink supplements that companies sell to bodybuilders. There has obviously been a market shift toward gamers from fitness nootropic producers.

Perhaps that has something to do with the rising popularity of esports. As gaming becomes more competitive, more mainstream, there will be more products that target competitive gamers with the promise of a performance edge.

Related: What’s Trending in the Future of Video Games?

There’s no secret here, no smoke and mirrors. These energy drinks are for gamers. Gamer fuel is getting more traction against big names in the industry like Red Bull and Monster. The new kids on the block recognize that gamers alone can keep them in the black.

Popular YouTube gamer KSI has his own G Fuel flavor. He has over 21 million subscribers on YouTube, so his endorsement carries significant marketing power for creators of gamer fuel. You can check out the ad for his endorsement here.

What are the Dangers and Side Effects of Gamer Fuel?

If you drink too much of this stuff, you’re bound to feel the terrible side effects. Consuming too much caffeine and too many energy drinks can cause mild nausea, diarrhea, vomiting, insomnia, loss of appetite, and headaches. In more severe cases, it can cause heart palpitations and death.

Gamers could also develop a psychological dependence on energy drinks. This would only worsen their physical health as they constantly need to drink more and more of the products to feel sufficiently fueled.

Energy drinks are like the cheap performance enhancement drugs of the esport world. There’s no concrete regulation on them, at least not any that can’t be easily circumvented. Young gamers can just order products online.

There could be a danger on the horizon if the energy concoctions get any stronger. Serious gamers can be a bit excessive by nature and there is plenty of room for abuse. Hopefully, there will be more studies that determine whether these energy drinks can enhance performance at all. Yet, you can’t underestimate the power of good marketing.

For now, it would seem that energy drinks and gaming are joined at the hip.