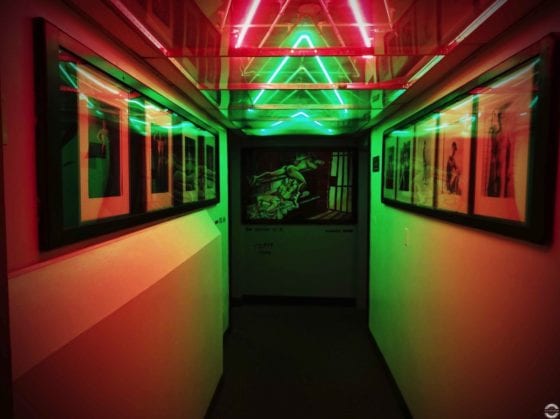 Man's Country – a Club for Men

One of the oldest sex clubs in existence may be closing its doors for good. Recently, Chuck Renslow, owner of Man’s Country, broke the news to employees in a group meeting.

“The place is holding its own, but it is just getting to be too much for me,” he said in an interview appearing in Windy City Times.

Man’s Country first opened its doors in September 1973 on Chicago's North Side in an area known as Andersonville.

During its halcyon days, the club was a popular destination point for many gay and bisexual men from around the world.

At one point, it even had a fantasy room that included a full-size model of an Everlast truck where visitors could partake in various forms of fun.

“I used to go there to meet men because it was the only safe place to do it,” said Michael Blackstone, a 78-year old gay man who spoke to GPB about his visits. “Back in the late 70’s, that’s where a lot of guys spent their Friday and Saturday nights! They even had fake prison cells!” he added.

Man’s Country was patterned after the infamous Continental Baths in New York City. Renslow’s goal was to go beyond creating a mere bath house and instead, offer guests an entertainment complex.

What's significant about Man's Country has been its ability to survive. In 1981, when word broke out that men were dying of a rare pneumonia (eventually called AIDS), the business almost closed. To make up for lost business, he opened a music bar (Bistro Too) at the rear of the structure. Eventually, the stage would host iconic performers like Grace Jones, the Village People and Boy George.

While Man's Country is on the market and open for business at the time of this post, several important treasures remain.

“It’s sad the place is going to close down,” says Michael, reflecting upon the news. “But the last time I went, it was in serious disrepair. It smelled awful, like stale poppers”.