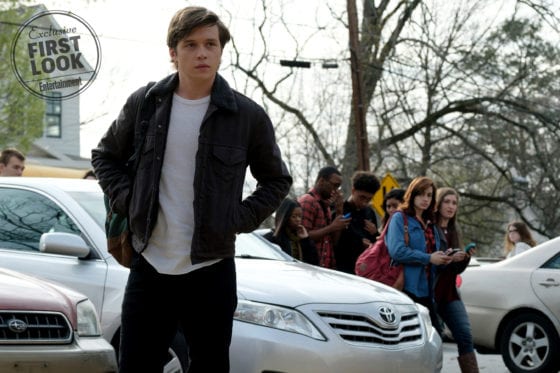 Love, Simon Could Be The Next Big Teen Film?

Get ready, because this gay teen film may just take over next March.

The first look of the film Love, Simon is out, and that means its time for us to cross our fingers and hope that this film becomes the big success it has a chance of becoming.

But what’s Love, Simon you ask?

Well, it’s a film that’s getting read to be released March 2018. The movie is an adaption of the novel Simon vs. the Homo Sapiens Agenda. The film will be directed by Greg Berlanti (of Riverdale and The Flash) and star Nick Robinson (of Jurassic World).

The story follows a teenager who starts an email romance with an  anonymous pen pal who’s also a closeted teen at his school.

But why does this film have a special chance at succeeding? Because it’s the first gay teen film to be backed by such a large studio.

Love, Simon is coming from the same studio and producers who created The Fault in Our Stars. They intended to make this film and market it as a must watch for teen and gay viewers alike. Like with a paraphrased quote that I mentioned in another article, “Get the gays, get the girls, get the money.”

As director Greg Berlanti put it, “There’s this one section of the film where Simon imagines this one boy and imagines them kissing underneath the mistletoe at Christmas. In every other major studio film, it’s always the guy and the girl. And there was something so powerful about it being just a guy imagining himself with this other guy in a film again that was going to be marketed and sold as a mainstream romantic comedy.”

Entertainment Weekly got the first look at Simon and his friends (the latter being played by Spider-Man Homecoming‘s Jorge Lendeborg Jr., X-Men: Apocalypse‘s Alexandra Shipp, and 13 Reasons Why‘s Katherine Langford).

Are you interested in the movie? Will you see it in theaters? And are you hoping for it to succeed?