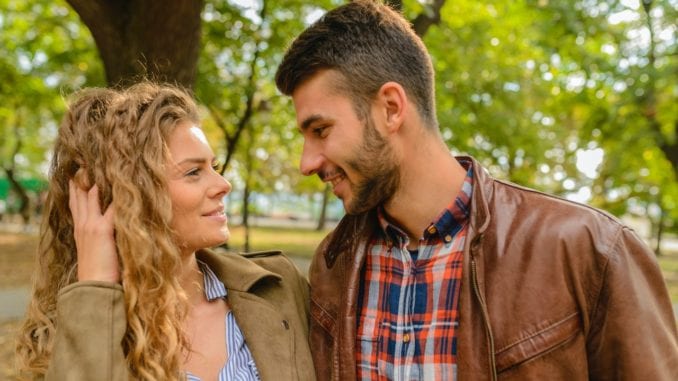 For the most part, human psychology isn’t a tricky business. The things that motivate women to go crazy over men are totally hackable. You can be shy or cocky, smart or athletic, even rich or poor. Ultimately, it doesn’t matter.

If you really want to attract more hot girls, then work on your salesmanship. Yep, that’s right. Sell yourself better. I know that nobody likes the cheesy used car dealer. I’m not talking about that type of salesman.

Let’s go a bit deeper. If you’re shopping for new video games on Amazon, are you going to buy a product that doesn’t have any reviews? Do you want a game that only got 2 stars? Most people choose the game that is more popular and has more favorable reviews.

Have you ever noticed that while you’re single, you can’t find a date? But the moment you get a girlfriend, your inbox fills up with all sorts of winks, kisses and gratuitous displays of flesh? There’s a scientific reason for that.

It’s called mate poaching. Women prefer men who are already taken. In 2009, researchers from Oklahoma State University in Stillwater published their findings in the Journal of Experimental Social Psychology.

“Everything was the same across all participants, except whether their ideal mate was already attached or not,” noted Melissa Burkley, one of the head researchers. “The single women really, really liked the guy when he was taken.”

This wasn’t some casual correlation either. Ninety percent of the single women wanted to go after the man who was already attached to another woman. That man was already pre-screened as a viable mate.

Related: How Do I get a Cosplay Girl to Like Me? 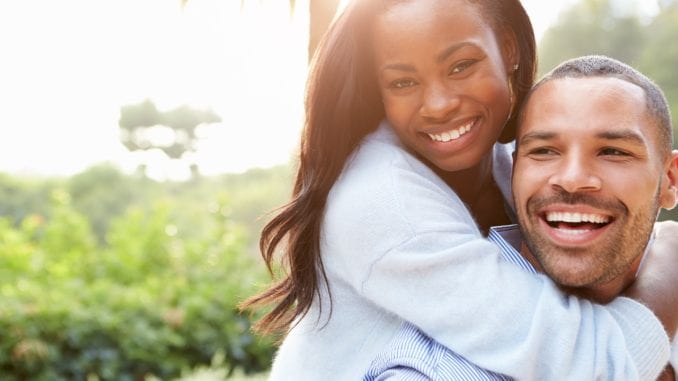 How to Make Pre-Selection Work for You

I’m not advocating that you cheat on your girlfriend or spouse. Just because women like a man who is already taken doesn’t mean you have permission from social psychologists to bounce from one to the other.

Women want a man that has been preselected as an ideal mate. Just like social media influencers – it’s all about perception. You don’t have to cheat. You can totally game the evolutionary system that women choose when selecting a partner without the bad karma.

Step One – Doll up Your Social Media

Fellas, if you want women to slide into your DMs and not the other way around, then you need to visibly engage more with other women. Politely ask your female friends to comment more on your photos.

When single women scroll through your photos and see that other women are commenting with fire emojis and compliments, they’ll view you as an ideal mate. According to pre-selection theory, these other girls want you. So, she should, too.

You can also increase the number of photos you post with women. Try to be subtle about it though. Don’t post a bunch of lip locks with random girls. Just post more photos of you in social settings with other women.

When a single woman scrolls through your social media feed and sees other women in your photos, she’s comparing herself to those women. If she believes that those women are more attractive than her, then your desirability goes through the roof as a result.

A Note of Caution: There’s a fine line with this technique. You don’t want to overdo it and come off as a playboy. That’s not an attractive trait. It will have the opposite effect. Women will view you as sleazy and untrustworthy.

Step Two – Get a Female Wingman

Another way you can hack pre-selection is by going out socially with an attractive woman who is not your girlfriend. I know you might be thinking – why don’t I just date that girl? Well, you could. However, there is immense value in having an attractive woman as a friend.

She can give you insights into the minds of single women. She can give you dating advice, style pointers and provide fresh perspective on all sorts of other matters. It’s a two-way street. You can do the same for her.

Now, when you go out to a party or to a nightclub with a female wingman, you can easily boost your dating credit score (so to speak). Other single women will notice you more and compare themselves to your wing woman.

She can chat up girls for you. Some people like this type of arrangement, especially if the wing woman is bisexual or lesbian. This can lead to all sorts of fun entanglements.

Or she can simply attract attention from other women. Her presence sparks a competitiveness in other women that makes you the direct beneficiary. Just play it cool and you’ll have single girls competing in a race that was rigged from the start.

A Note of Caution: A female wing woman is a card that should not be overused. She should already be a close friend and you need to be certain that she doesn’t desire you as a potential mate herself. If you ignite her jealousy, you’ll be the one who gets burned.

Now that you know that pre-selection exists, you need to cultivate a good understanding of how women communicate desirability. In other words, you need to read between the lines. It’s not often that women will come out and say that they want you directly.

Women are more subtle. They use context and body language to convey their availability and intentions. In fact, what they say is mostly confusing to men. The word “maybe” could mean yes, no, or maybe. It depends on the situation.

Related: How to Make Small Talk With Someone You Like

The main indicator that pre-selection is working in your favor is attention. If a girl is liking your photos, viewing your stories, and commenting on your posts, then she’s giving you indicators of her availability. This won’t last forever. So, make the most of it when you recognize it.

Sometimes, dirty or questioning glares in public also mean that pre-selection is working in your favor. Just because a woman locked eyes with you, raised an eyebrow, flipped her hair and looked away, doesn’t mean that she doesn’t like you. She might’ve just wanted you to notice her.

Once again, it depends on the context of the moment. The best thing you can do is to confront her directly, you know, like a man. Walk over and introduce yourself and let her know that you noticed her. If she’s still standoffish, then get lost. However, she just might surprise you and start talking your head off.

A Note of Caution: Pre-selection and attention-seeking don’t always work hand-in-hand. Some people are just self-centered by nature and want attention. You have to carefully discern whether the signals you get are genuine. Cluster the signals together, then make a move.

Women tend to want men that have already been pre-approved by other women. When a woman likes you, it’s a signal to other women that you’re not a waste of time and effort. Women are the selectors, after all. So, they’re more attentive to any indicators that you’re an ideal guy to date.

You can hack this pre-selection system to some degree. You can do it online with social media and you can do it in the real world with your female friends. You don’t need to cheat on your girlfriend to use pre-selection to your favor.

Comment on your female friends’ photos more. If you notice, that’s where all her female friends are, too. Send them a message and politely ask them to comment more on your photos, as well.

Try not to miss an opportunity to go out socially with your female friends. Having a female wing woman will greatly increase your visibility and attractiveness to other women. Just be sure your wing woman doesn’t want you all to herself.

It doesn’t matter if you’re serious or funny, if you like sports or not. All that stuff is just details. What matters is your level of confidence in yourself and how confident women are in your desirability.  Boost both and you’ll enjoy the results.