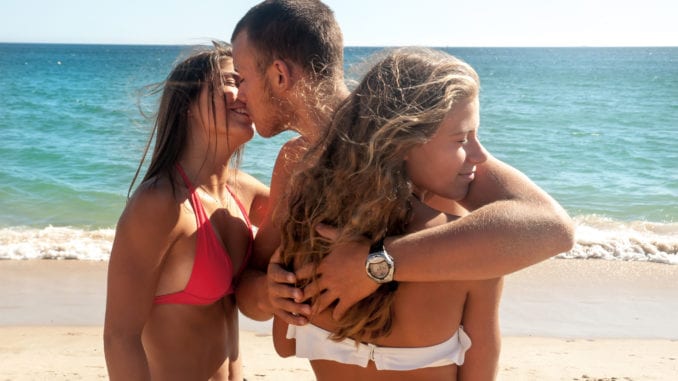 You never made a commitment but now things are getting serious

I’m in the military, working stateside. I told a female soldier I loved her before she got deployed and didn't hear from ger for months. Not a phone call, text not even on Christmas. I slept with other women in those months because I didn't hear from her.

A few days ago, she messaged me, and we ended up face timing each other. That’s when she said she loved me.

I feel bad for sleeping with other girls while she's been gone.

Am I a cheater? Should I tell her?

Please help. The guilt is killing me.

This is a difficult dilemma to be sure and I can sense just by reading your email you are racked with guilt. But much is missing from your note and so all I can do is answer based on assumptions.

To begin with, it’s important to realize that if you are seeing a servicemember who is deployed, it’s very possible that she was not able to communicate.

Depending on the nature of his mission, including the location, it can sometimes be the case that service members can’t talk to the outside world. Doing so may compromise their safety and the safety of others.

While you didn’t directly say this, my sense is you shared your feelings for her at a time when the two of you recently met. In other words, the beginning stages of your courtship.

If this is the case, it means neither of you had a formal arrangement – meaning a commitment to one another. I’m not trying to give you a permission slip for what happened. Instead, I’m merely restating what sounds like the dynamic.

Should this be true, it’s important to not beat yourself up. There’s always this weird period in between meeting someone new and deciding to become exclusive. Think of it as a kind of grey zone.

When in “the zone” it is not unusual to mess around with other people. In fact, I’d argue its commonplace. So, to answer your question under this scenario, no, you are not a cheater.

As an aside, assuming there wasn’t an agreement, how do you know she hasn’t slept around, too. Granted, she was deployed but that doesn’t mean she was a saint. Just food for thought.

Now, let’s look at things under the assumption there was an agreement of monogamy. Hey, it’s only right to assess both ways, right?

If you had an agreement in place to remain exclusive prior to his deployment – and you hooked up with others during his absence – that does technically make you a cheater.

I know that isn’t what you want to hear but you asked and I’m answering. There’s an entire conversation that can be had about agreeing to monogamy too soon and too fast, particularly when one party will be away for extended periods of time.

Related: Is my girlfriend a psychopath?

I also understand that there are some situations where it’s unclear what the status of a relationship is because things are so new.

For example, a frequent question many men have is how soon they should remove themselves from the apps once they start seeing someone.

Some questions to reflect on as you soul search: Did you think you were exclusive? Was this agreement implied? Did she believe the relationship was monogamous, based on her/your statements?

It’s important to be candid with yourself as you contemplate the questions above. The answers may help you decide how to proceed. Which brings us to the last part of your note to Ask Jack.

Should I tell her?

Some may not agree with me but for what it is worth, here it goes. Yes, you should be honest.

If you conceal this information, you will continue to feel horrible. Moreover, if a lasting relationship is to happen, it needs to be built on a foundation of honesty and trust.

And here is the thing – at some point, she may intuit the truth. After two people become close over a period, there is an unspoken knowing of the other person.

It’s hard to put into words but ask any long-term couple that and they will confirm what I’ve just shared.

On some level, the person you love has probably thought about your activities while away. I wonder what he’s doing. Is he sleeping with people?

If you think about it, wouldn’t you also have these thoughts if the situation were reversed? Perhaps she hasn’t brought it up because she didn’t want to know the answers?

At any rate, you can be sure that down the road – should the two of you increase the intensity of your relationship – the issue will come up.

Wouldn’t you rather be up front and be honest now, thereby saving yourself heartache in the future? Moreover, isn’t it better now to establish ground rules so that the both of you are operating on the same page?

Related: Should I break up with my girlfriend because she gained weight?

If there is a part of that doesn’t want to tell her the truth while she’s deployed because you fear upsetting her, that’s understandable.

One could make the argument that sharing this information right now may do more harm than good, especially since there’s nothing he can do about it.

That said, people are more resilient than you think, particularly service members. My own thought is to be honest and give her the opportunity to figure things out. Yep, I’m saying let the cat out of the bag now and don’t delay.

It may be that upon disclosure, the both of you will agree to keep things as they are (monogamish) or move to being formally exclusive.

But you’ll never know unless it’s talked about. And yes, there is she’ll dump you. Something you may not want to hear but needs to be mentioned.

Finally – and this is important – forgive yourself. We are all human and we all have needs. If my hunch is right, this was a case where two people connected but nothing was agreed to.

Tearing yourself up over something that wasn’t concrete can act as a caustic force in your life. It can also bring negative mojo to your relationship.