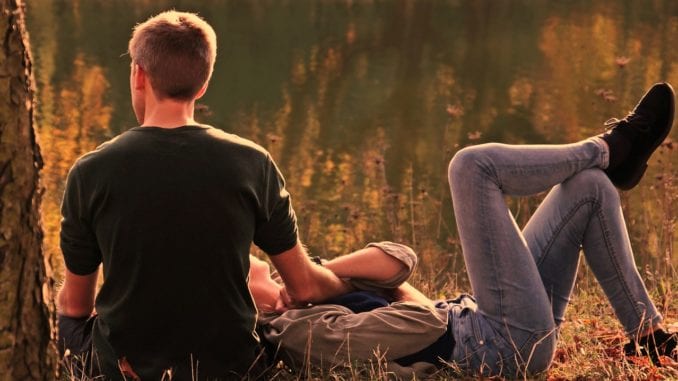 A recent report in Endocrine Today reveals that a pill-based male contraceptive has passed preliminary testing. Should this form of birth control become available to men in the future, it may have a powerful impact on romantic relationships.

MV spoke to Dr. Tyler Fortman, a Chicago based psychologist who works with men around sex and intimacy. Here’s what he told us about the potential impact of such a pill becoming a reality.

“A birth control pill for men is a game changer.  By arming men with the capacity to have condom-less sex without the fear of pregnancy, the responsibility to prevent unwanted pregnancies is shared between men and women.

While men may feel more burdened, this greater equality is likely to result in greater closeness and intimacy between partners,” Fortman shared.

Similar in nature to how female contraception works, the new pill passed a series of initial safety tests involving 30 men, according to research presented by the Los Angeles Biomedical Research Institute and the University of Washington at the Endocrine Society’s annual meeting.

It's important to note that at present, the findings have not  been published in a peer-reviewed journal. The pill still needs to go through more clinical testing before an application can be made to the Food and Drug Administration.

Lead researcher, Dr. Christina Wang with LA BioMed, made the following comments appearing in Time. “In females you have many, many methods [for birth control]. You have the pill, you have the patch, you have the vaginal ring, you have intrauterine devices, injections,” says Wang. “In men there is nothing that is like hormonal contraception. The standard is not equal for the genders.”

LA BioMed and the University of Washington are also working on another male contraceptive that is gel-based. The idea would be to allow men to apply the gel to their shoulders and arms to help prevent pregnancy.

Even with all the buzz, we’re still around 10-years away from any commercial form of male birth control, according to Wang.

Obviously, we have no idea what the future holds but it seems like we are inching closer to the day when male contraceptives (in some form) become a reality.

Assuming they do come to fruition, there are two primary questions to consider: Would men use them and how they might impact intimacy between couples?

So, we’re turning the mic over to you. What are your thoughts? Feel free to share your comments in the box below.