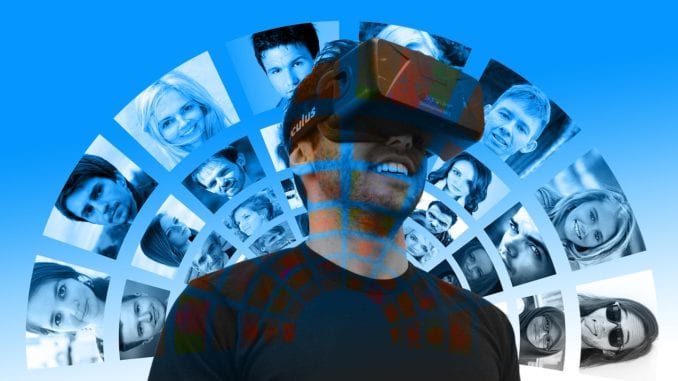 Imagine creating your very own virtual companion modeled after anyone you want. Now, give it artificial intelligence. Imagine being able to interact with that character in augmented reality by just using your smartphone or tablet. No more expensive hardware to buy.

No more wands or gloves. This is HYBRI.

This isn’t a cyberpunk movie prop. This isn’t a sequel for the new Blade Runner, it’s a brand new mixed reality experience called Hybri. It allows users to craft and enter the world of their dreams right from their mobile devices.

Men’s Variety got a chance to ask the CEO of Hybri, Richard Donczi, all about the new Hybri app in an exclusive interview. Check it out:

MV: Thank you for speaking with Men’s Variety about Hybri. Please start out by telling me who would benefit from using this app?

Richard Donczi: Making Hybri run on smartphones was our top priority because we wanted to make it available for everybody, not just for those who can afford expensive AR glasses (MagicLeap, HoloLens). So, our target audience for this app is everybody who has a smartphone. Hybri’s slogan is “The world is yours” because everybody will use the app for whatever they want.

Somebody wants an intelligent partner they can talk with, somebody else only seeks challenges. While introverts might want to improve their communication skills with this simulation, there will also be those who are looking for romantic adult adventures. It just depends on the Hybri’s settings. 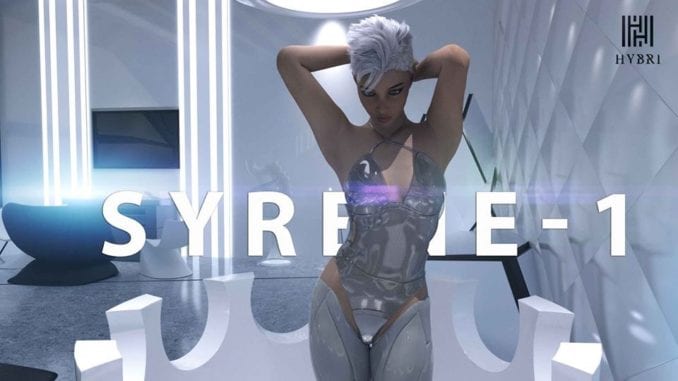 MV: So, this reminds me so much of the Joi character from the movie Blade Runner 2049. She was a mixed reality companion for the main character. It’s crazy to think that we’re already here in 2020.

Richard Donczi: This futuristic mixed reality app makes all these things possible. You can enjoy it in your room in Augmented Reality or a fictitious location in Virtual Reality. Although it’s evident that the majority of our subscribers are young to middle-aged men. Our app is built in a cyberpunk style, which has come back into fashion.

The base model is a male or female android, whose inner and outer attributes can be customized later. This was important to us because we are trying to make the model appear as realistic as possible while still letting users know they’re talking to an AI, not a real live person. Our app is called Hybri because our models are human-AI hybrids and our technical solutions are a hybrid of Augmented and Virtual reality.

MV: Can you provide more insight into your Artificial Intelligence technology? How interactive is it in terms of programmed responses and learning users’ preferences?

Richard Donczi: We created our models to resemble real human behavior as closely as possible. You can customize them: decide how empathetic, hot-tempered, intelligent, romantic, communicative, etc. they should be. They will behave according to these settings.

The AI in this app primarily shows up in the models’ behavior, which we plan to continuously develop because this is the type of area that needs continuous development. How much we’ll be able to spend on more advanced artificial intelligence will primarily depend on the success of our Kickstarter campaign.

MV: What do you think would be some unconventional uses for Hybri, other than the obvious romantic (adult) features?

Richard Donczi: Hybri creates opportunities for all kinds of things that we leave to the user’s discretion. Perhaps that’s why they’ll love it so much. Since the models are completely customizable, and you can create models based on photographs with the photo-scan function, one unconventional use for Hybri would be to bring back your departed loved ones in an AR environment.

The app could also be used for mental health goals or to practice communication. For introverts, this app would be used for expressly social purposes. We’re just giving the opportunities to the users. They can decide what to do with them.

Dr. John Moore: Virtual reality programs have been found to help some people with PTSD and exposure therapy. It makes sense that VR could offer a benefit to people who may be struggling with various forms of anxiety and depression. There is already some evidence to suggest that VR can help to elevate mood. More research is needed but some of what is already out there is promising.

HERE'S A VIDEO OF HOW IT WORKS:

MV: Apple and Samsung both have plans for similar products as early as 2022. So, how do you plan to stay competitive against such big-name brands?

Richard Donczi: Yes, that will be one of our most difficult tasks. But these other services are a bit different from Hybri. We focused on the personal aspect, concentrating on much more popular user interfaces, such as being able to scan a photo and customize the AI to suit you, while they focus on stronger artificial intelligence.

Our company currently has 15 employees and we used the best designers, 3D modelers, and animators that we could access, to give the most realistic experience for Hybri’s users, and we’ve planned the app to give a long-term experience.

MV: Where do you see Hybri going in the next few years?

Richard Donczi: We have a very forward-thinking ten-year plan for the Hybri brand. When we reach our popularity goals for Hybri, we’ll broaden our target audience. In the second phase, we’ll create a Hybri pets app for children, with different pets and imaginary animals they can raise, develop, and play with. They’ll be able to share their experiences and their pets with their friends.

Hybri Social is the third stage. This social media platform will let you interact with real people instead of your virtual partners and AIs. Everyone could make themselves a photorealistic avatar and have relationships with each other in virtual reality even if they may not have the opportunity to meet each other in person offline. In parallel with the second and third phases, we plan to launch our B2B line, Hybri Business for companies.

Hybri certainly has a novel approach to mixed reality entertainment. Take out the expensive hardware, narrow the learning curve, and make it accessible to everyone. It sounds like a winning formula. Without needing much expertise or equipment, you can create your very own virtual companion from scratch. 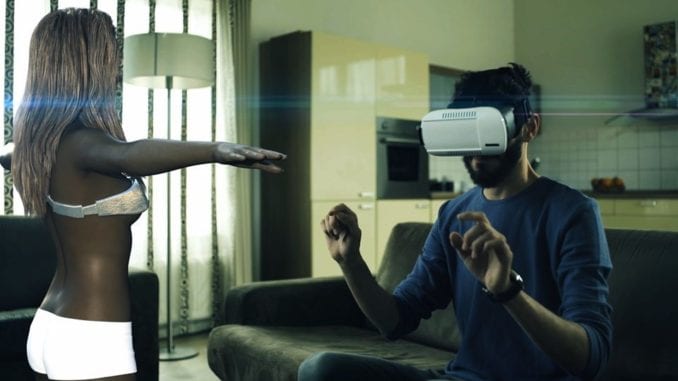 Got a photo of an ex that you never quite got over, then you can make your own version of that person in Hybri? Maybe this one will laugh at your jokes.

Now, it’s likely that this design element will ruffle the feathers of some privacy defenders out there. Afterall, you could snap a photo of someone and make your own version of them in virtual reality. Yet, that’s the world we live in. Technology has advanced to that level already.

Why focus on the worst that could happen? I can imagine using Hybri to recreate lost family members who’ve passed away or lost connection in the real world. I could create an avatar for my battle buddy and have conversations with him while I cook dinner in the kitchen. The possibilities for character creation are endless.

Hybri is still in the early phases, but the future of Hybri certainly looks promising. Prototypes will be available in March of 2020 and the Kickstarter campaign will go live shortly thereafter. So, the time is now to subscribe, pre-order and get ready for your next mixed reality adventure with Hybri.

What do you think of Hybri and mixed reality technology? Would you create your own second life in virtual reality? Drop us a comment below.