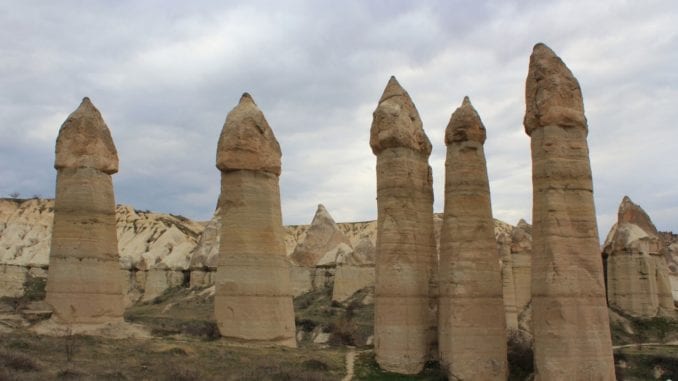 Did you know the penis worship has been part of human history since the dawn of time? No joke. Over 28,000 years ago, a drop in the bucket on the geologic time scale, prehistoric man created giant peens to love and adorn.

In 2005, archeologists found the first evidence of such behavior in the Hohle Fels cave in Germany.

In the spiritual sense, penises have been thought to bring good fortune to all who worshiped. We see graphical representations of this part of the male anatomy in many places, including ancient etchings on the pillars in Pompeii to sculptures in the Mayan ruins.

The photo above with 5 penile pillars is yet another example – taken at “Love Rocks” in Turkey.

In this post, I’ll walk you through 5 places where phallic worship is (or has been) massively celebrated. Bear in mind that history tells us it wasn’t just a man’s peen that that was considered magical but also what came out of it.

Case in point: Nordic Vikings of the eighth century were thought to crave semen, mostly through barebacking, to achieve strength and courage from the God Freyr.

OK, check it out!

In ancient Egypt, during the early dynastic period (3150–2686 BC), wall etchings of Gods with massive dongs were etched into stone.

Two of the more famous ones were Min, the God of Fertility, and Osiris, a God of the afterlife.

Legend has it that worshipers would touch and lick their yum-sticks as a way of channeling their energy. Today, this would not be allowed as licking the meat would degrade the etchings.

During the time of the ancient Roman Empire, which first began around 753 BC, men would create huge phallic charms in the form of etchings.

In the city of Pompeii, phalluses were placed in wind chimes to ward off evil spirits. They were also carved onto the streets, often pointing to the city’s baths.

History tells us that when gladiators prepared for battle, they would sometimes touch the penis on a statue of Jupiter; King of the Gods. Is it any wonder these same fighters would group bottom one another to gain the deity’s wisdom?

The Japanese highly revered a man’s c-ck. In Negato, Japan, there is an area called Tawarayama. Here, you will find a place called The Mara Kannon.

Built in 1551, the shrine was erected to appease the spirit of a fallen ruler's murdered son. Today, the Mara Kannon shrine is a popular destination for couples hoping to conceive.

The men who go here to pay homage with the goal of curing issues related to ED and fertility.

In an effort to please the legendary spirit of a young female, local villagers erected several gigantic dong sculptures on the beach.

Today, you can sit on a bench in front of these erections and mediate with the goal of channeling energy from your inner ding-dong. 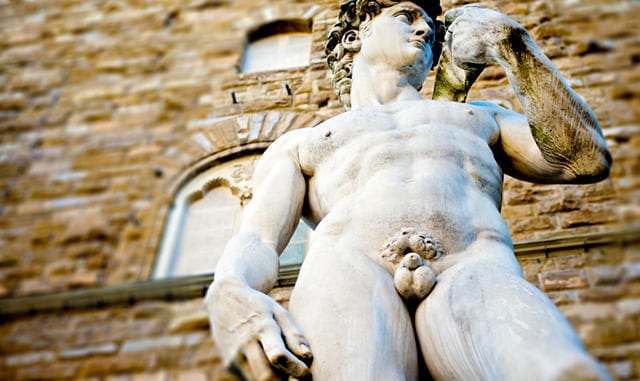 During the Hellenistic period of ancient Greece, which spanned from 323 B.C. until 31 B.C., the zenith of phallic worship was in full swing.

It was during this period that the Greek Pan, with his hooves, horns, and exaggerated, erect phallus, became a symbol of sexuality and health.

Today, the Greeks hold a phallic festival in the town of Tirnavos. Here, residents descend on the city square with huge phalluses to celebrate fertility. There’s even a parade!