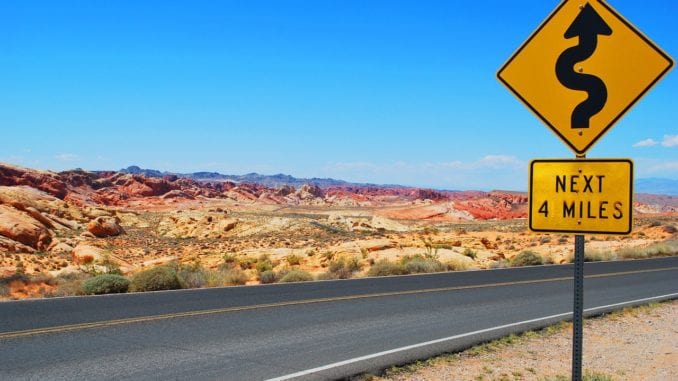 Cool roadside attractions in the USA

As summer approaches and we prepare to climb into our cars and head out on the road, don’t forget the classic Americana that are Roadside Attractions.

Once a staple of the family road trip, these slices of the nation’s history are fading away faster than ever. So check out these fun locations and relive the days of the open highway and quirky destinations.

One of the classics of all Roadside Attractions is The Thing. Lured in by over 200 billboards along the Southwestern portion of Interstate 10 asking “What is the Thing?,” visitors are treated to an oddities museum before finally discovering the secret of the location’s hush-hush inhabitant.

A road trip staple since the 1960s, the location recently underwent a remodel and upgrade so a whole new generation can discover “The Thing.” However, once you leave, you are urged to keep the secret and not spoil it for future visitors.

Billed as the hometown of The Man Of Steel, Metropolis is all things Superman. In 1972, the Illinois State Legislature even passed a proclamation declaring the town the official hometown of the classic DC Comics superhero.

The town features a Superman museum, a 15-foot tall statue of the hero and a plethora of photo ops including phone booths and heroic cutouts. The town newspaper is even called The Planet in homage to Clark Kent’s journalistic home.

Created by local artisan Leonard Knight, Salvation Mountain is an eye-popping collection of color and art spread across several manmade hills and caves near The Salton Sea. The sprawling outdoor art installation is continually growing, long after it was started three decades ago.

It is estimated Salvation Mountain contains a half million gallons of colored latex paint as well as huge amounts of concrete and other building materials.

Open 365 days a year, it was initially dedicated to Knight’s religious beliefs but has grown to be much more. It’s a mecca for photographers, road trippers and has even been featured in films and music videos like Ke$ha’s “Praying.”

Displayed on the casino floor of Whiskey Pete’s Hotel and Casino in Primm, Nevada, the bullet ridden death car of outlaws Bonnie Parker and Clyde Barrow continues to draw visitors over 80 years since they were gunned down by law enforcement officers in Louisiana.

The Death Car is estimated to have about 160 bullet holes in it and over the years it was sold various times before eventually ending up at Whiskey Pete’s.

While there have been a number of different fake “Death Cars” that were displayed across the country and as part of touring shows, the Whiskey Pete’s car is widely accepted as the actual vehicle where Bonnie and Clyde met their end.

And since you are in Nevada, here's 11 cool things to do in Las Vegas!

First built in 1881 in an effort to attract potential real estate investors and homebuyers to the area, Lucy the Elephant has been a long time fixture of the New Jersey shore.

Holding the title of the “Oldest Surviving Roadside Attraction in America,” the giant elephant is 65 feet tall and weighs an estimated 90 tons.

Having fallen into disrepair in the 1960s, Lucy has undergone numerous renovations over the years including a major move from its original location in 1970.

She has been featured in films and television, has been struck by lighting and even ran for president in 2016.

Built by a Latvian immigrant Edward Leedskalnin, the Coral Castle is surrounded in mystery as to how the man was able to move the huge blocks of stone all by himself. Some claimed he had special powers while others said he was a brilliant scientist harnessing magnetic or other energies.

Containing over 1,000 tons of shaped stones that are carved into walls, buildings and furniture, the park has been prominently featured in movies and television, including the 1958 cult classic film “The Wild Women of Wongo” and the Billy Idol video “Sweet Sixteen.”

Leedskalnin said he built the castle after he was spurned by the love of his life, a young woman named Agnes. He invited her to view the shrine dedicated to his undying love for her, but Agnes never visited the Coral Castle.

Created as an art installation in the mid-1970s, Cadillac Ranch has become a road tripping must see. Originally planted front end down in the earth along the side of Route 66, the cars were meant to reflect the Golden Age of American automobiles and travel.

However, over time it became a sort of interactive art exhibit with visitors adding their own paint jobs to the cars.

In 1997, the cars were transported and reinstalled in a new location about two miles away, but organizers insisted that not only were the vehicles to be moved, but all trash and anything else on the property.

While there has been some controversy as to who truly holds the title, supporters of Minnesota’s World’s Largest Ball of Twine maintain it was only made by one man so it is the true champion.

Immortalized in the eponymous song by “Weird Al” Yankovich, the Minnesota ball of twine measures 12 feet in diameter and weighs almost nine tons. The town of Darwin even celebrates “Twine Ball Day” the second Saturday of August.

Fist opened in the 1930s, the Petrified Wood Park in Lemmon, SD is the world’s largest collection of petrified wood, fossils and stone. The park features fossils of dinosaurs and other animals in addition to petrified wood, grass and even a castle constructed of the hardened material.

The park museum contains examples of fossils and petrified items as well as artifacts and antiques from the area. The museum and visitor center are only open from Memorial Day through Labor Day, but the park is open year round.

Once upon a time in the Star Trek universe, it was mentioned that Captain James T. Kirk was born in a small Iowa town, but creator Gene Rodenberry neglected to say exactly where.

The residents of Riverside, Iowa decided that they wanted him to be born in their town so they declared themselves the “Future Birthplace of James T Kirk.”

While Kirk isn’t scheduled to be born until the year 2233, the town has done all they can to prepare for the blessed event.

A plaque commemorates the future event, there are annual Trek Fests and parades and even a memorial claiming to be the spot (under a pool table) where the venerable captain was conceived.

In a strange sort of art imitating life-imitating art turn, the town of Riverside was added as cannon to the Star Trek universe and now really is the official birthplace of Kirk.

Let's face it – checking out roadside attractions is a uniquely American activity. Some are cheesy. Others are cool. And many are just weird! If you are looking for more roadside attraction ideas, be sure to visit the map section of Roadside America.

Thanks for stopping by. Safe travels!