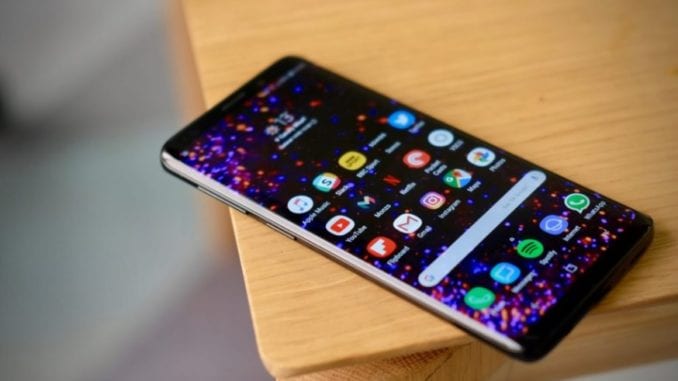 It’s finally here – the Samsung Galaxy S10 smartphone. Second only to those new foldable phones, the Galaxy S10 is the most-anticipated, most-talked about smartphone to debut this year.

What a way for Samsung to celebrate the 10th anniversary of the S line, by releasing their best smartphone ever.

You’ll probably notice right off the bat that the Galaxy S10 has a huge screen. The Infinity-O screen is so large that the fingerprint scanner and the front-facing camera are encompassed by it.

The screen stretches from top to bottom and spills right over to the edges of the device with little to no bezel.

The Range of S10 Phones

The Galaxy S10 smartphone comes in a few different sizes and models. There’s the S10, the smaller s10e and the largest device in the range is the S10+.

The S10e is lightweight and has a 5.8-inch screen. This allows for the fingerprint scanner to be located on the POWER key. It also has less memory, a smaller battery and only two rear-facing cameras. (Only two?)

There are three cameras in the rear like the S10, but the S10+ ups the ante by equipping two cameras in the front. You can even upgrade the device to a whole terabyte of memory and 12 gig RAM.

Below is a video from the folks at Tech Advisor.

The Cameras of the Galaxy S10

If your current smartphone has only one camera, then you’re living in the Dark Ages. Taking photos has become one the most useful functions of our smartphones and Samsung wants to make sure you have options galore with their flagship phone.

The S10 has a triple lens array on the back of the device. It houses a 12MP telephoto lens, a regular 12MP lens and an all-new 16MP wide angle lens.

Samsung is clearly aiming to unseat the Google Pixel 3 as the best camera phone on the market.

With the 123-degree, wide-angle lens you can take panoramic shots or big group shots without having to stand on a chair while you’re drunk.

It also has a dual-aperture feature that handles variances in light quality exceptionally well. The telephoto lens doesn’t have a problem with low light scenarios either which begs the question of why there’s even a third camera lens. It seems utterly redundant.

More: Are Bose Quiet Comfort Headphones worth the money?

The S10+ has the best setup for front-facing “selfie” style photos. That’s because it has two cameras in front instead of just one.

All phone models get a 10MP camera while the S10+ adds an additional 8MP camera that enhances portrait-style photos.

It automatically recognizes faces and focuses in a split-second to capture important moments as they happen.

The onboard camera AI is a hell of a lot smarter than previous editions of the S phone.

With Shot Suggestions, the computer gives you hints to make you a better photographer and the Scene Optimizer has new categories that recognize even more popular scenarios like “car photo” and “dance moves”. Slow motion video is also a hit.

How Well Does It Work?

Under the hood, the Galaxy S10 does not disappoint. It’s got the latest Qualcomm Snapdragon 855 chipset that crunches and munches at blistering speeds. You can scale it from as low as 6GB of RAM up to as much as 12GB.

It’s a definite improvement over the Galaxy S9, but it’s still not quite as fast as the iPhone though. The difference is miniscule, but bears mentioning.

The Android OS 9.0 software is probably the best user interface (UI) that Samsung has ever presented and it pairs well with the LTE Cat.20² network.

The Galaxy S10 also has next-gen Wi-Fi 6 which lets you connect and share faster than ever. With LTE you can download at 2.0Gbps and the Wi-Fi speed is around 1.2Gbps.

The Samsung Galaxy S10 rivals mid-range laptops in terms of storage capacity. Onboard memory is massive. Most people will be hard-pressed to blow through 128 gigabytes, but you can go all the way up to 1 terabyte if you need it.

There’s a microSD card slot that can house an additional 512GB. But if you’re storing 1.5TB of data on your smartphone, then you should invest in an external hard drive and dump some files every month or so.

What About the Battery?

The S10 tries to make the most of its power with an Adaptive Power Saving mode that learns your usage habits and attempts to offer you more power when you need and less when you don’t. This feature helps the Galaxy S10 last all day under normal usage. That puts it on par with the iPhone XS.

Let’s see how generous you can be with your power. The battery of the new Galaxy S10 is getting a lot of focus because there’s a new feature called PowerShare.

You’ll be everybody’s new best friend because now they can just place their smartphones on top of yours when the feature is enabled to bum a charge off you.

The Galaxy S10 is without a doubt a remarkable device. The Infinity-O display and new wide-angle cameras make for an engaging visual experience. The functionality and speed of the S10 is nearly on par with the latest iPhone and the battery won’t leave you hanging.

Although, you should be aware that there is a new 5G Galaxy S10 on the horizon. It’s touted as being super, super fast with an even bigger screen, a bigger battery and another 3D camera getting added to the mix.

It’s slated to be released in the third or fourth quarter of 2019. So, should you pluck down the coin for an outright buy of the 4G Galaxy S10 now and get wrangled into a lengthy contract with your service provider?

That’s a tricky call. No, it isn’t. 5G networks are new and their distribution is hit or miss at the moment, so you won’t experience true 5G performance for at least another year.

So, if you’re on the fence about the Galaxy S10, go ahead and get it. This smartphone’s got longevity and you’ve got a lot of photos to take. Oh, by the way – depending on features, this smartphone will set you back around $1000.00, per the Samsung Website.

Is this a phone you are interested in? Do you have experience with Samsung smartphones? Share your thoughts in the comments area below.