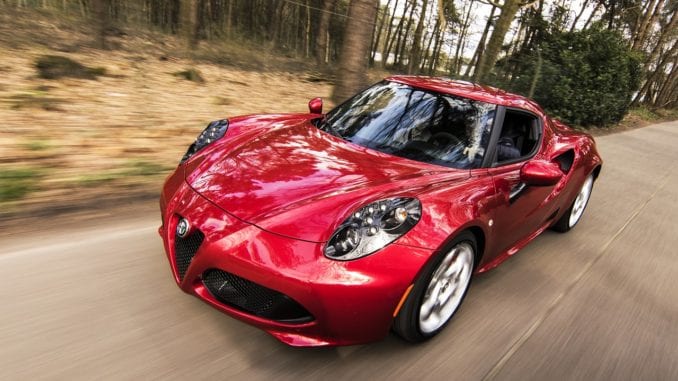 In 2019, vehicles can already drive themselves with little to no driver input in certain conditions. The top automakers have invested billions in autonomous driving technology. So, it's not a question of “if” or “maybe” with self-driving cars. It's happening, and sooner rather than later. Yet, there are still some looming questions about self-driving cars like –

Who will be at fault if there's an accident?

Can you drink and not-drive?

Will it be legal for a self-driving car to drop your kids off at football practice?

New vehicles are being built with self-driving features and autonomous technology is growing at a rapid rate. Soon, cars and trucks will deliver goods to your door, drive people to work without input and run on cleaner forms of energy.

It's important to clarify specific ways that autonomous driving can benefit society. Here are some of the potential benefits of autonomous vehicles so you can embrace the new wave of driverless cars coming to a city near you.

Self-driving vehicles present the opportunity for less traffic on the road. One way to produce less traffic is for people to commute together in shared driverless vehicles. People will also drive less frequently simply for the joy of driving. That will keep the number of people on the road to a minimum.

Also, developers are working on “connected vehicle” technology that allows onboard vehicle computers to link up. This technology will allow vehicles to choose less congested routes and prevent accidents from happening. When vehicles communicate and work on automation, they are less likely to experience errors of judgement. Less errors leads to an easier flow of traffic.

Driving in dense traffic and commuting to and from work can really stress you out. A 2014 study by the UK Office of National Statistics found that daily commuters “have lower life satisfaction, a lower sense that their daily activities are worthwhile, lower levels of happiness and higher anxiety on average than non-commuters.

Average happiness levels begin to fall, and anxiety levels begin to rise after the first 15 minutes of the commute to work. Then, the worst effects of commuting on personal well-being are experienced on average by those whose journey to work lasts between 61 and 90 minutes”.

Autonomous vehicles will improve your health and lower stress levels because the cars on the road will travel in a more stable pattern. You’ll be free to read a book, watch a movie or get close with your fellow passengers.

Transportation on roads and highways is responsible for producing five billion tons of CO2 each year. One of the first vehicles available with driverless technology will be the Tesla Model 3. It’s an all-electric vehicle, paving the way for other companies to create similar cars.

A world with more electric driverless vehicles will reduce greenhouse gas emissions. Even without electric vehicles, driverless cars will use less fuel. If the vehicles are connected electronically, there will be less stopping and starting, which will keep emissions on the road at record low levels.

According to the National Highway Traffic Safety Administration (NHTSA), at least eight people are killed and 1,161 injured in crashes that are reported to involve a distracted driver every single day. An autonomous vehicle future will almost certainly be a safer one.

Self-driving cars can make hundreds of calculations per second and quickly make changes in acceleration and braking. There are already vehicles on the road that have autonomous braking that can stop the vehicle without the driver’s input if an object is detected by onboard sensors. Most researchers believe that driverless cars will have less errors than human drivers and create safer road conditions for motorists and pedestrians alike.

Self-driving cars will take you to destinations much faster than cars driven by humans. Like high speed rail, driverless vehicles that are connected electronically can safely maintain higher speeds. This could completely transform the way we commute between cities.

Another way we could reach higher speeds is by redesigning the vehicle itself. By taking out the driver’s seat, automakers can put larger, more powerful engines inside the car. Every self-driving car could rival the speeds of a supercar and allow you to reach your destination faster than ever before.

People already multi-task while driving on the road. We try to squeeze more and more activities into our commute such as talking on the phone, personal hygiene, and texting. According to the U.S. Department of Transportation, at any given moment, approximately 660,000 drivers are using cell phones or manipulating electronic devices while driving.

A car that drives itself will give you the opportunity to finish up job proposals, text friends, and spend more time multi-tasking. People will be able to pre-program their journey and use that time more effectively for their own pursuits.

Access Magazine estimated that there are 722 million parking spaces in America. That conservative estimate takes up 0.64 percent of all U.S. land space. A driverless future could reduce the number of parking spaces nationwide.

Your car could take you to work in the morning and then automatically return to your home. You can then use your mobile smart phone to summon the vehicle when it’s time to go home at the end of the day. A smart car with autonomous technology could circle the block while you do your grocery shopping and scoop you up afterwards.

A transportation sector dominated by driverless cars could drastically reduce municipal costs. Most of the traffic signals and signage on the roads are for drivers: turn here, stop ahead, etc. With self-driving cars, these signs are pointless.

A connected vehicle can already tap into road conditions and make course corrections electronically without the need for visual cues on the road. There are also less errors with autonomous vehicles.

Therefore, there will be less need for diverted traffic and road maintenance that results from accidents. Soon, highways could have fewer signs for driving directions and more advertisements for passengers.

Self-driving cars could open the doors for all new vehicle aesthetics. Since its creation, the motor vehicle has been designed with the driver in mind. Future vehicles could replace a front windshield with a wrap-around touchscreen for entertainment purposes.

Passengers can sit facing sideways or backwards. Electric vehicles can put motors and battery packs in various locations around the vehicle, so the overall shape of cars in the future could completely change. Driverless cars may even come to resemble rail cabins that allow passengers to take a nap or enjoy a meal.

A residual benefit of self-driving vehicles could be a reduction in crime. Sometimes, criminals use cars to elude capture. Autonomous vehicles will be harder to manipulate in this fashion.

If all vehicles are connected to a regional transportation grid, it might become impossible to use one in the commission of a crime. Another way that self-driving cars can reduce crime is reducing or eliminating auto theft. Your driverless vehicle might be accessible through fingerprint recognition only, making it extremely difficult to steal.

Self-driving cars have numerous social benefits, but it will be difficult to break away from our driving culture. Just think about all the great movies that feature a cool car or a bad-ass driver.

Having a relaxing commute while you catch up with your Summer reading is nice, but so is gripping the steering wheel of a muscle car and feeling the power of its engine rumble your seat.

Society will have to find a balance. There's no stopping a driverless future, but perhaps we don't have to leave our love for cars in the dust.