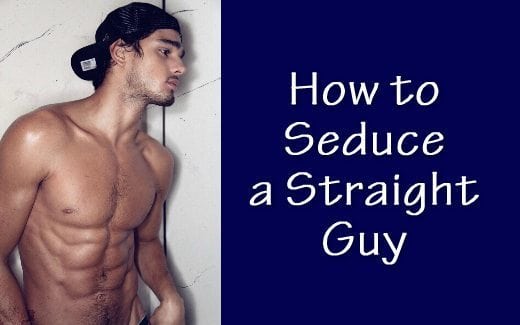 By: Kevin in Miami

Seducing a straight guy is a lot easier than you think. I should know because I’ve hooked up with dozens of them over the past 10-years.

Some of those experiences were fulfilling. Others totally sucked. But all of them happened because I made the conscious choice of taking control.

You see if you want to get with a straight guy, it’s not going to happen through magic. You’re going to have to put some work into it. But if you play your cards right, you should be able to have your way with relative ease.

I’m telling you this because the research suggests that straight guys go gay a lot more than you think. But here’s the thing. They don’t necessarily think what they are doing is “gay” when they experiment.

Keep this in mind as you go about your business.

Here’s a quick story to set it up for you. Recently, I hooked up with a 25-year old AT&T tech named Cody*. He was dispatched to my condo for Internet repairs.

The guy is 6’0 with jet black hair and brownish eyes. He’s got a medium, muscular build that’s not overdone. He also has a super masculine presence. While the body types are different, his face and manhood are similar to reality TV personality and body builder, Leo Stronda (see this totally not safe for work link to get an idea).

And one more thing about Cody – he’s married with kids.

But those last two facts didn’t stop me from draining him out like a helpless ragdoll – multiple times. In fact, he’s heading over to my place this weekend.

If you are interested in how to seduce straight men like Cody, this article is for you. I’m going to teach you how to make it happen in ways that might surprise you.

In this article, you’ll learn: 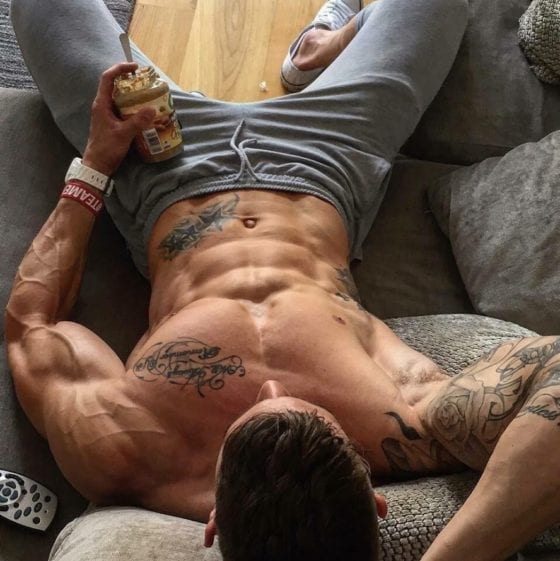 Before continuing, I figured you might want to know a little about me. It’s only fair, right? OK, here it goes. I’m 35 years old and live in Miami. While I’m certainly not a model, I do OK in the looks department.

Like you, I’m into hot guys. And in order to attract the type of men that I like, I work out a lot at my gym. I go out of my way to give off a laid back “beach boy” vibe, even though I’m pretty neurotic.

Finally, I have a thing for manly men. And the biggest turn on in the world (at least to me) is siphoning out a straight guy’s juice and swallowing it whole. I know that may sound sick but I’m trying to keep it real.

When you drain him out, he’s inside of you for the entire day. In other words, his “straightness” is careening through your system.

Finally, I consider myself a top. It doesn’t turn me on at all to try and make some hetero guy bottom. In fact, it’s a real turn off.

In my experience, most breeders won’t go for that. But they are super curious. And that curiosity is what makes them vulnerable to guys like me – and hopefully, you.

OK, here are the tips!

1. Get your confidence up

I’m here to tell you nothing will ever happen unless you act with confidence. Not to throw cold water on your plans but when something does happen, it’s not going to be like a gay story fantasy where the dude just decides to put out.

Instead, you’ve got to be the one in charge. That process begins by showing confidence. And like it or not, that means carrying yourself in a manly way.

Please don’t be offended by that last part. I’m just cluing you in from personal experience.

Here are some pointers:

2. Get his guard down

I am sure this point will offend some but if you ever want to get that straight guy off, you need to think like he does.

I’m not saying you should pretend to be straight but instead, be aware of his mindset.

3. Don’t hide that you are gay

One of the worst pieces of advice that people give when it comes to seducing a straight guy is to be ambiguous about sexual orientation.

I say this because if the dude thinks you are 100% hetero, nothing will ever happen.

Instead, I recommend the following:

I’ve never once hooked up with a straight guy on the first try. It’s always been the norm that I invest time in relationship building and establish trust.

If you have followed points 1-4 above correctly, you should be well on your way to strengthening the bond.

5. How to make the first move

This is understandably the most difficult step when it comes to seducing a straight guy. I’m going to cut through all of the BS and get right to it.

When the time is right, you’ll know. Along the way, he’s going to give you important signals you can’t ignore. These include laughing at your jokes, asking you questions and occasionally doing some “bro-touching”. Just go with it.

But here is where the rubber meets the road. At some point, you will need to be direct and let him know you want to mess around.

From experience, the best way to do this is in private. You have a number of choices. I’ll preface this part by saying that if he pushes back against any of it, don’t take offense. Just drop it and move on.

You may never hear from him again or – after he thinks about it – he might be down with it. That’s because most straight guys are curious. And according to the research, a good number of them have had a same sex experience earlier in life.

OK here’s what’s worked for me.

Remember what I mentioned at the start of this article. Most straight guys are curious about what it might be like with another man. But the last thing they want is to think what they are doing is “gay”.

We can argue until the cows come home about what constitutes “gay”, “straight” or “bi”. But that’s not the point here. The goal is to connect with him and drain him out.

Instead of reinventing the wheel, I’ll direct you to the other article I wrote about how to give a bro job. The key here is to avoid “making love” to his Johnson.

Down the road, if he comes back for more, you can amp things up. But that first time, it’s best just to get down to business.

Here’s what I do to make him completely comfortable and to avoid awkwardness.

7. Making him come back for more

If you have played your cards right, he’s going to get ahold of you in the future. That’s because he not only trusts you, he also knows that you do a good job of getting him off.

But here is the thing – don’t be the first one to reach out. Instead, let him be the one to do it. He may do it by text or a phone call. Either way, he’s the one who needs to make contact.

If you send him a text after draining him out and say something like, “Yeah that was hot – did you like?”, you’ve forgotten rule number 7. If you are good at what you do, there shouldn’t be any question if he was into it.

8. Taking it slow on future encounters

Assuming you’ve done everything right, he’s likely going to get in touch with you again. Based on experience, I’m going to tell you here that this is not a green light for more aggressive play.

You’re going to have to go through a period where all he’s going to want is quick service. Be open to that. But at some point, he’ll curious about what it’s like to do more.

How and what happens next depends on the guy. I’ve met straight but curious men who are all about reciprocation. I’ve met others who want to penetrate [something I don’t do]. And finally, I’ve even met dudes who want to feel what it’s like to get banged out.

The point here is to take things slow and let him be the one to lead. You can encourage here and there but ultimately, he’s got to be in the driver’s seat.

So you’ve been hooking up with this straight guy and things have been escalating. There’s a part of you that badly wants to make out with him but you’re not sure if it’s cool.

Here’s my best advice. Don’t do it unless he makes a move in that direction. I mention this because if he starts to think it’s getting emotional, he’s going to pull back.

If he does want to make out, let him be the alpha (at least at first). Later on, you can show him how guys really kiss by reading this guide on how to make out with men.

The last point I’ll make is to avoid falling in love with him. Yes, this is easier said than done. That first time you drain him, you’re going to feel a bunch of emotions. You’ll even be tempted to think of him in boyfriend terms.

Whatever you do – don’t.

Regardless of what you think of his sexual orientation, you need to recognize that he considers himself to be “straight”. We both know that the minute the two of you started messing around, his heterosexuality went out the window.

But that’s not an argument you want to have with him – or one that you will win.

Instead, remember your connection with him is physical. And it can be that way for a long time. But if you try to make him into your lover, he’s going to run for the hills.

There’s plenty of gay men out there that want to date you and husband up. Go for those guys! Think of the straight man you are doing as just that – a regular FB.

OK, that’s it for now. If you are looking to watch straight guys get it on for ideas, there's a cool site called straight guys uncovered. Might be worth your time.

Thanks for reading – peace out!