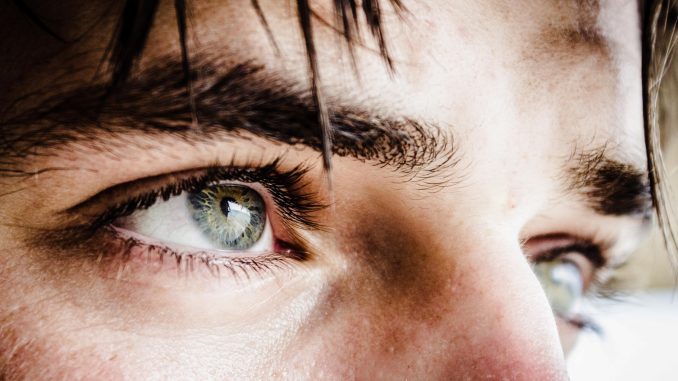 You can recognize stinging nettle by the tiny little hairs on its stems and leaves. Rub your finger along its edges and you’ll feel a stinging sensation. Yet, that hasn’t stopped people from using stinging nettle for thousands of years. It relieves pain, reduces symptoms of an enlarged prostate, and combats hay fever.

You can apply the heart-shaped leaves directly onto painful areas of the body or brew them in a tea. Stinging nettle can be found in capsule form, in oils and ointments, and various infusions. In medieval times, men would crush the plant and apply it to their knees and ankles to relieve joint pain after a long hike.

Habitat: Originally from northern Europe and Asia. Now, widespread all over the world in unshaded places.

Description: 4 foot high with hard stems. The leaves are finely toothed and heart shaped. The flowers are yellow or a light pink color. Tiny hairs that produce stinging chemicals are found all over the plant.

Why I Take Stinging Nettle

I first found out about stinging nettle after a parkour and free running session. A friend of mine was talking to someone else about how much his ankles hurt after a tough session. The guy reached in his bag and pulled out a plastic bag. That got my attention.

He had a homemade infusion of stinging nettle, and he gave it to my friend. It didn’t smell great but the next day my buddy said his joints felt like butter. I wasn’t too keen on carrying around a plastic bag of mystery paste, but I found some capsules on Amazon.

The next time that I had a hard parkour session I took some of those stinging nettle capsules. I didn’t notice any significant change. I was still sore the next day. However, I decided to take the capsules before working out instead of afterwards.

That was the trick. My knees, ankles, and hips weren’t so stiff the next day. I felt as if I had just done a light workout, even though I really went for it the day before. Now, I take two capsules of stinging nettle before a workout to ease joint pain the next day.

Related: 8 Reasons Why Men Should Do Yoga

The roots of the stinging nettle plant are used to ease the symptoms of Benign Prostatic Hyperplasia (BPH). According to data from Medscape, 14 million men in the United States have symptoms of BPH and by the time men reach the age of 85, BPH is evident in 90% of men.

The most common symptoms of Benign Prostatic Hyperplasia are the inability to fully empty your bladder, having difficulty starting and stopping your urine stream, and frequent urinations. As the prostate gland gets larger, it presses against the bladder.

People take stinging nettle to reduce these symptoms. Although in scientific studies nettle wasn’t found to reduce the size of an enlarged prostate, it was found effective in reducing the symptoms. Stinging nettle has a complex mix of chemicals that interact with the body’s production and supply of testosterone and estrogen. Researchers believe that the chemicals in stinging nettle work to adjust your body’s hormone balance to mitigate BPH symptoms.

Other Health Benefits of Stinging Nettle for Men

Another use for stinging nettle is to flush toxins out of the body. Stinging nettle was used back in medieval Europe as a diuretic. It’s also commonly used to reduce blood sugar levels. So, it can be beneficial to men who suffer from type 2 diabetes.

Stinging nettle isn’t for everyone. Some people have bad side effects and adverse reactions to it. When consumed orally in high doses nettle can lead to diarrhea, nausea, and upset stomach. Some people develop a rash when they try to use stinging nettle topically on the skin.

Stinging nettle plants should be handled carefully. The tiny, hairlike needles can easily get under the skin and cause irritations. You should wear gloves or use tools when handling the plant itself. To test your body’s reaction to stinging nettle, you should take a small dose first if you plan to take it orally or test a small amount on a small area of your skin if you plan to use it topically.

Be advised, that you should speak with your doctor before taking stinging nettle, especially if you’re on any type of medication. If you take medicine for high blood pressure, diabetes, or anti-depressants, then stinging nettle can cause bad reactions with your medication.

Stinging nettle is a hearty, tough little shrub that’s been around for ages. Historically, it’s been used to treat a number of ailments such as hay fever, arthritis, constipation, and the everyday aches and pains of a hard day’s work.

I first got turned on to nettle from a guy who had a stinky plastic bag of green gel. Luckily for you, there’s no need to get all funky with stinging nettle. You can buy capsules and oils from Amazon. I found that it helped with my aching joints after a hard workout.

READ NEXT: What Are the Best Herbal Teas for Men?