Can You Have Better Exercise While High?

Who knew that pot and exercise could go hand and hand?

A new study published in Frontiers in Public Health dared to venture somewhere that most researchers aren’t looking. The benefits and side-effects of marijuana use. Yes, while the government and medical lobbyists are trying to dissuade scientific research into the actual effects of weed use, Dr. Sophie YorkWilliams, of the Institute of Cognitive Science at the University of Colorado Boulder, and colleagues dared to try.

In order to conduct the study, Dr. YorkWilliams and company used an anonymous online “Cannabis and Health” survey. They found respondents by advertising through Facebook and targeting citizens of California, Colorado, Nevada, Oregon, and Washington who liked pages about cannabis use.

Once people agreed to the survey, they were asked questions about health, exercise, substance use, and demographic info. One such question was, “Do you ever use cannabis within 1 hour before and/or 4 hours after you engage in exercise?”

Among the 605 participants, 494 (81.7%) endorsed using marijuana before and/or after exercise. Meanwhile, 11 (18.3%) did not like the idea. That said, only 67% shared that they had used weed before or after a workout. In addition, more than 50 percent of respondents said they were motivated by marijuana to exercise and had better exercise while high.

Specifically, people who got high before exercising reported often working out longer than they would sober. The survey’s data got an average of 43 minutes of activity extended because of marijuana use. Respondents guessed that they often lost track of time while high and enjoyed the exercise more. Thus, they inadvertently extended the time spent working out. 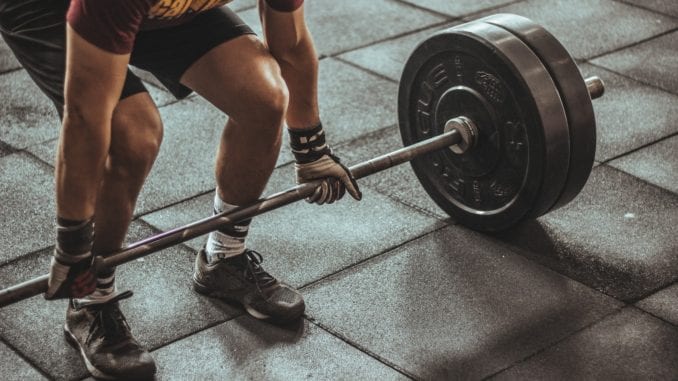 Related: Weed and Sex: 10 Pros and Cons That Might Surprise You!

“There is evidence to suggest that certain cannabinoids dampen pain perception, and we also know that the receptors cannabis binds to in the brain are very similar to the receptors that are activated naturally during the runners high,” study co-author Arielle Gillman said in a statement after the study’s release.

It seems this evidence connects with firsthand reports from several people.

“I found it helped with my motivation on days when I didn’t want to go (work out). When lifting, it helps me focus on slowing down on my reps, focus on form and really engage my muscles. (And) cannabis makes running more tolerable — like a runner’s high, but you start with it,” Canadian resident Daniel Winer told MarketWatch.

Despite the political atmosphere around marijuana research, we are starting to see increased data around the subject. Or perhaps, this rising amount of research is because of the political situation. Now that more states are legalizing the substance, there's a push for more information about weed.

Just last month, we shared with you a study that suggested that marijuana users are less likely to be overweight. This directly contradicts the myth of weed smokers gaining pounds because of the “munchies” effect experienced after smoking. Perhaps, this new study on the relationship between pot and exercise shines a light on why.

Though conversely, we shared a study in March that shared a negative side effect of the drug. It seems that taking high amounts of marijuana can lead to psychosis.

All of this leads us to believe that we still need more scientific data on the effects pot can have on our bodies.