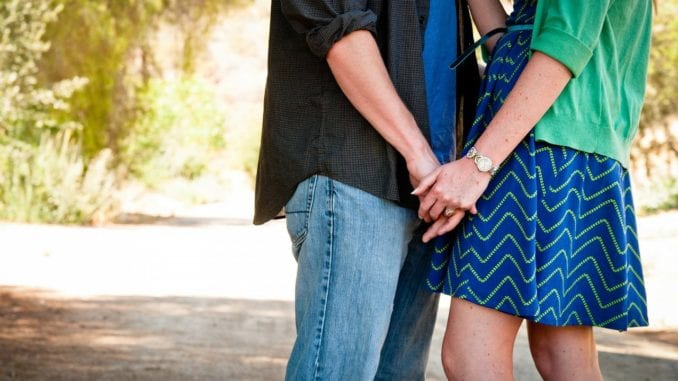 She’s really nice but the weight gain concerns me

I’ve been dating a girl for around a year now and like ger a lot. Well, at least I used to. Personality-wise, we do just fine. But here is my problem and man am I ashamed to even be writing this.

My girlfriend isn’t as hot as she used to be and is gaining weight.

When we first met, she was super-cute. But now she’s getting love handles and developing a chin.

I take pride in my body and physical appearance. I think I deserve to be with someone who has the same mindset.

Is it wrong to want to dump her because she’s getting fat?

It takes a brave person to ask this question because believe it or not, it’s a topic that comes up more frequently than some care to admit.

In America, our culture is such that personal appearance is greatly emphasized. I’m not saying that is right or wrong but instead, just pointing out the obvious.

Go to most any website focused on the body (or any websites about dating) and you’ll no doubt see imagery of women that look like they walked off a model runway. Men are depicted in much the same way; well-built and buff.

Some reading this will no doubt take offense to your question. They’ll say, “Beauty is only skin deep” and that “it’s what’s in his heart that counts”. I can even imagine some accusing you of “fat shaming”.

But here’s the thing – you either are physically attracted to someone or not. This isn’t something that can be forced upon command.

So, the question is what to do?

In my experience, there’s a good chance that your girlfriend is keenly aware of her physical presence. And while you didn’t say it, I have a feeling that her weight gain has probably impacted your sexual relationship.

I mention this because what often happens in these types of situations is the person who is putting on the pounds becomes super self-conscious. In turn, they begin to physically pull away.

When this happens, it can make a challenging situation worse.

You may be wondering why?

It’s simple. The other person (meaning you) is left holding a bag of question marks about what’s going on. This starts a vicious cycle of assumptions and accelerates the eventual breakup.

So, the very first place to start is dialogue. In other words, set aside some time when you and your partner can talk in a meaningful way.

Without being a douchebag, ask her how she is doing. It’s okay to say, I’ve noticed you aren’t working out as much as you used to and are putting on weight. Is everything alright?

Her response is either going to be open and honest or she’s going to get defensive. But you’ll never know unless you ask.

Were you aware that some people put on pounds because of emotional issues, like depression? They can also gain weight because of new medications. Medical issues can also cause this problem.

Finally, increased stress or a change in work schedule can contribute to the dynamic.

But again, how will you know what’s up unless you inquire?

If you love your mate, you’ll talk to her from a place of concern and not one of judgment. I recognize this is easier said than done.

And let’s be real – out of all the topics to explore with a partner, increased body weight isn’t one that ranks high up on the list.

Assuming there has been a change in the sex department, one way to go about this is to say, I’ve noticed we aren’t being as intimate as we used to – what’s going on?

It’s very possible she may not have insight into what’s happening with her body. Should that be the case, it could be the perfect opportunity for her to make an appointment with her doctor and get a physical.

As an example, I personally dated someone who didn’t know her weight gain was the result of hyperthyroidism.

Now it’s important to say that if you’ve already decided things are over, none of what I’ve mentioned above really matters.

If that’s the case, what’s really going on here is figuring out how to cut things off without being an ass. Some might suggest you simply lie and say, Oh, it’s just me. I’m not ready for a relationship.

But that really wouldn’t be the truth, would it?

Here’s the thing. There is no easy way to break up with someone. If you tell a lie – such as the example mentioned above, she’s going to know you are full of $hit.

Instead, it may be best to simply tell her you aren’t physically attracted to her anymore. Does that seem harsh? Perhaps. But at least you are being real about the situation instead spewing out easily detectible B.S.

In summary, I’ll just state the obvious. Looks are fading. If your relationship is built only on the physical and nothing more, any new partnership you enter into is doomed.

There must be more than bedroom intimacy and bodily attraction for a couple to last the long term.

At some point SS, your handsomeness will begin to go. That’s right – you won’t be nearly as attractive as you are right now. How would you feel if someone gave you the boot because of thinning hair (for example)? Would you be OK with a girl cutting things off because your bod is going soft?

Just something to think about.