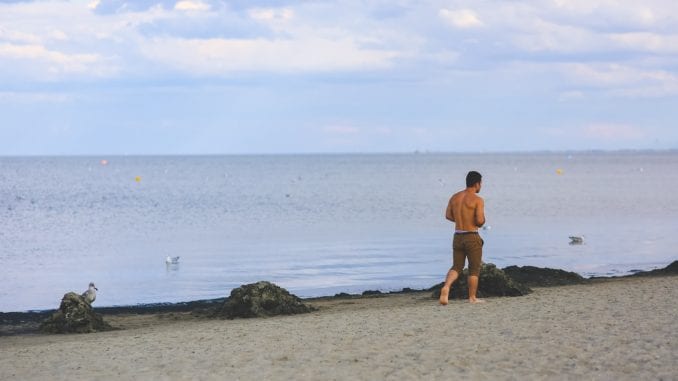 Your partner wants to take a break from the relationship

I'm desperate here. My boyfriend of a year said he wants to take “a break.” He’s been super vague about why this is happening. He claims he just wants to “think through some things.” I'm messed up, and I'm hurt, and I want to yank this relationship back from the brink. Anything I do? Is there any way I can stop this? Does this mean things are over?

Oh, the horrible break. It's so confusing, because it's so ambiguous. This can mean any one of a dozen things, some of them perfectly natural, some of them horrible.

Okay, sometimes “I want to take a break” can be translated into: “I just want some space to myself, because you're annoying me, during which I'll stare out the window and remember how much I love your smile and how much I want to blow you every day.”

But often, it means “I want to break up with you but am too chicken to pull the trigger, so I'm going to string things along in a maximally painful way, during which you'll find out that I'm hooking up on the apps or taking a fun vacation to Palm Springs without you.”

These are both legitimate possibilities. I've experienced both types.

Assuming the latter is the case, if you want to address things, the first step is to determine what the hell is going on. And there's a simple way to go about this.

Just come right out and ask.

Say that you want to be absolutely clear about why this break is happening, so you can see whether there's some underlying relationship problem you were aware of that you could improve — whether that involves expressing more gratitude, showering more, attending more to the little things, or whatever.

There's an important aspect of this approach, hover. You actually have to want to know WTF is going on. You can't be This means being open to things you may not want to hear.

One of the best things you can do in a situation like this is make him feel heard. So much of the time, in a relationship, we wander around with these caged feelings — all of this steaming emotional garbage we'd like to express to our significant other, but that we don't, because we feel that we can't.

Which is a really lonely place to be; it's awful to have to hide your feelings from the man you're supposedly closest to in the world.

If you relieve that pressure, things will probably get better, or at least clearer. And that might even make him completely reconsider the whole break thing.

On the other hand, he might still want to get away from you for a bit. In fact, he probably will. Okay, so, what the deal then?

Unfortunately, the answer is must respect his wishes and let him have his break. There really isn’t much else you can do. Trying to talk him out of it isn’t a smart idea.

When someone needs space, the most caustic thing you can do is insist you stay together. That kind of behavior screams “codependent” and “clingy.”

People are generally attracted to confidence and strength, and you're really not doing yourself any favors by begging him to change his mind.

Also, breaks aren’t a good time to jump on the apps and start hooking up, hoping to get revenge. The only exception might be being if the two of you have an open relationship or your situation is so new that formal rules haven’t been put into place.

There are only going to be two outcomes from a break. He either takes his time away to collect his thoughts and comes back or he decides to make the break permanent.

Regardless of which outcome might happen, you will at least have the benefit of context through dialogue.

Tommy, I feel for you. When a boyfriend asks for something like this, it’s usually not a good sign. There’s no way of sugarcoating it or trying to dress things up in a bow.

Need some dating help, too? Email Jack at [email protected]