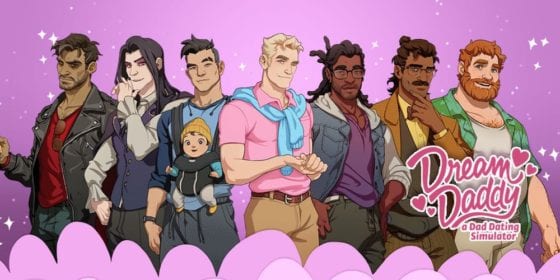 The gay internet is discovering a new game focusing on dating Daddies, but most sites (including NewNowNext, UnicornBooty, and Queerty), haven't said anything about how the game really works or the community it comes from.

Thus, here we are to give you the run down.

First off, what is the game?

Dream Daddy is a new game that’s getting ready to release next month.

In it, you play a single father who’s moved to a new town called Maple Bay and whose daughter is college-bound.

Now that he's preparing for an empty nest in a new town, your character can explore his new surroundings and meet a host of hot daddies to date and fall in love with.

Keep in mind that the focus of the game is not the sex, unlike other games like Coming Out On Top, but about the aspects of falling in love.

As the creator of the game said, “Dream Daddy at its core is a story about what it means to care for someone else, and I think that’s really important to anyone who might play this game.”

If you are interested in the game already, you can pre-order it on Steam for $14.99 and play it on July 13. 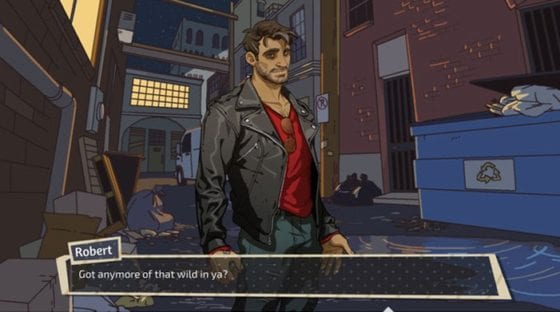 But what kind of video game is this? It’s a visual novel.

Think of a visual novel as it sounds, it’s partly a book and its partly a visual/sensual experience. For the most part, the experience is textual and you will read the story and goings-on of your character. Then, the game has addition art, music, sound effects, and sometimes voice acting to add to the experience.

In addition, most of these games work in a “choose your own adventure style” which turns it into an actual game. You make decisions for your character at key points and choose his dialogue. These chooses will ultimately affect the way that the story turns out.

In this case, the things you say and do can affect your relationships with the potential daddies in your life. 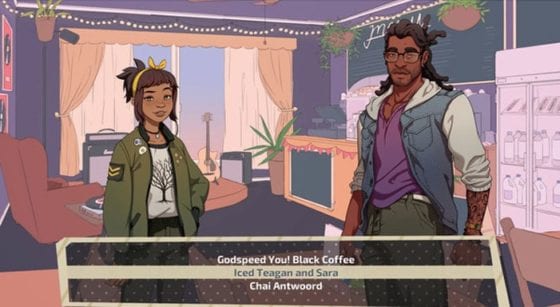 The culture behind visual novels is enormous and mostly female driven. That even goes for gay themed visual novels which are mostly made by women for women.

That said, Dream Daddies isn’t made by a woman but by a man named Vernon Shaw (albeit that could be an alias). In addition, this game has a very gay friendly presentation as you can see from the rainbow outlining of the characters in the teaser video.

That said, its not like girls aren’t finding and loving the possibilities of the game. In fact, I think back to the Sex and the City quote I made a couple weeks ago.  “Get the gays, get the girls, get the world (paraphrase).”

This is a game that’s bridging the gap between the fanbase of girls who like seeing hot guys and gay men who like sexy daddies and/or video gaming.

In that sense, Vernon Shaw has hit a goldmine and will be making lots of money from it.

Like I said, while sites like Queerty don’t know or mention that this game is a visual novel and didn’t share about the community behind that, they are still reporting on the game. It’s on their radar and they, plus GPB, are sharing it with all of you. 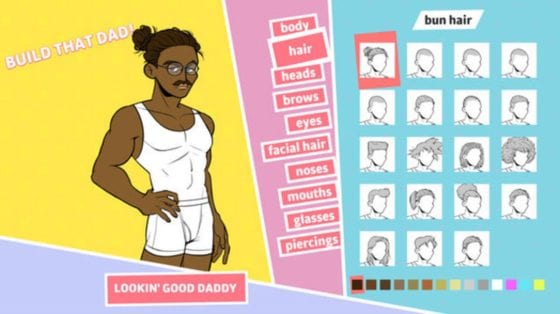 One final thing that I want to note about this game is that it looks pretty diverse.

Not only can you fully customize your character to make him have different sizes/styles, and skin tones, but you also have a wide variety of daddies to date.

Just seeing that inclusion in this game is something that is thrilling to see. Especially, during a time where we’re all talking about inclusion in the LGBTQ community, like the idea of adding black and brown to the rainbow flag.

Are You Going To Buy It?

So, female fans and Gay fans alike are turning their heads towards Dream Daddies, but will we all buy it.

I’d like to think so, and I know for a fact that I will.

About Devin Jackson Randall 492 Articles
Geek by chance, and an artist by birth. Devin is a journalist and blogger who's always glad to share insights and developments on men's issues. Aside from news stories, he often writes about the roles placed upon men by society, and how both affect the relationships around us. Click on the hyperlinked text to follow him on --> Twitter. Email him at --> [email protected]
Website Twitter