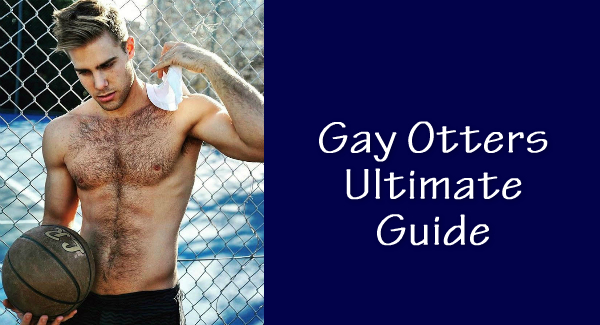 Gay otters are so cute!

Gay otters represent one of the largest swath of men within the gay classification system. With hairy features that give off a magnetic vibe, they are hard to ignore. Gay otters are adorable and often very playful.

If you’ve never heard of the term, gay otter, we’re going to define it for you. And if you already classify yourself as an “otter type” or want to deepen your insight about this type of male, this guide is for you!

In this article, you’ll learn:

Gay Otter: A man with think or thickish athletic build that usually has lots of body hair. Typically, this hair covers various parts of the torso, including the chest and stomach. Some otters also have hair on the arms, back and butt.

Gay otters differ from their gay wolf relatives in that wolves are typically more muscular. There can be crossover between the both typologies because they share similar characteristics.

In addition to being hairy, “otters” are often thought of as a “masculine” type. They can be top or bottom and many identify as versatile.

Otters are not born “otters”. They usually start out as some form of a pup and may briefly pass through a gay twink phase. As time goes on, they evolve into otters.

Many then remain in this classification for years or transform into wolves or bears.

Body-wise, it’s helpful to think of otters as smaller than bears and cubs.

GAY OTTERS: WHERE DID LABEL COME FROM?

The term gay otter appears to have entered the gay lexicon sometime during the early to mid-1980’s. In the early 1990’s, “otter” had become popularized with wide spread use.

It has been theorized that gay otters are an offshoot of gay bears; a term that is linked to a 1970 article appearing in the Advocate entitled: Who’s in the Zoo? It was authored by George Mazzei.

The rationale behind the otter label is fairly simple. Body-wise, “bears” are typically large and hairy. “Wolves” are often hairy but lean and muscular. In the middle, you have “otters”, which are hairy but not super built but athletic.

It is for this reason that within the gay-o-sphere, otters represent the largest group of gay men.

Only a handful of groups within the gay spectrum have a flag. The best known and most easily recognizable is the bear flag. It has a multi-color scheme made up of browns, tans, blacks, whites and grays. You will usually see a bear paw print on the upper left corner.

Until recently, wolves didn’t have a flag. That changed in 2015 when one was created one for them, inspired by the traditional bear flag since wolves are considered offshoots.

Astonishingly, otters had no flag either. This despite their large numbers within the gay male community. Not wanting this group to feel left out, Gay Pop Buzz also created a flag for them in 2015. See below.

As highlighted earlier, gay otters are typically hairy with thin to thick athletic builds. Most have hair covering the torso to varying degrees.

FYI: There are smoothish otters, which commonly is a result of trimming hair through manscaping with a body groomer.

Other body traits include:

It’s critical to bear in mind that not all otters wear facial hair. Many do but it is not a required characteristic for this classification.

FYI: By definition, all wolves must facial hair. This is a key distinction between the two typologies as otters can have smooth faces. 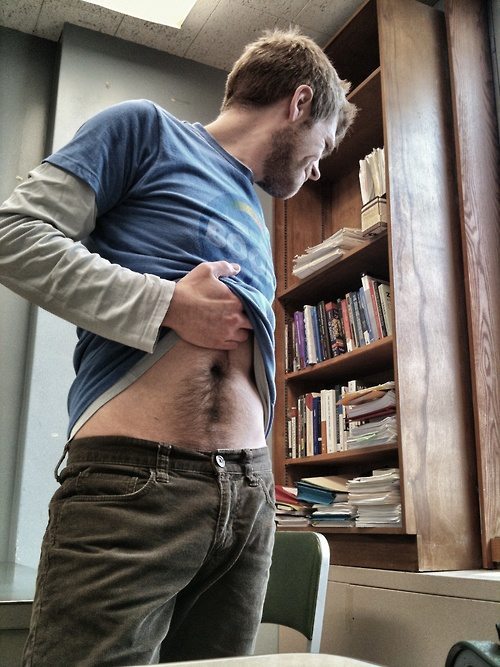 Because the defining feature of gay otters is body hair, it can be difficult to determine classification simply by looking at them. Let’s face it, most guys where shirts so you can’t see if they have torso fur.

However, there are facial markers to look for. While not universal, many otters:

Keep in mind that otters are an offshoot of the gay bear community and cousins with wolves. Since masculinity is a marker of both typologies, gay otters are considered manly.

Apparel for otters is really all over the place so there’s no right or wrong dress code for this type. Characteristically, you will see otters wearing:

When assessing for a man’s otter features, it’s important to not only examine his physical features traits but also his behavioral mannerisms.

Part of what makes an otter and otter, at least in gaydom, is his playful personality. That’s because this body type directly borrows from north American otters who are known for this trait.

While it’s hard to paint with a wide brush, it is fair to say that many of these furry creatures hold common characteristics.

If you consider yourself an otter, it is important that you partake in certain hygiene focused activities involving body hair and skin.

Below, we’ve offered some tips to help you be the sexiest otter that you can be.

If you consider yourself a younger gay otter (under 40) consider these skin care pointers to help you look more attractive to potential mates.

If you happen to be 40 or over, we’ve put together an Otter/DILF guide to help you keep what you’ve got and build upon your sexiness.

Otters, just like their wolf and bear counterparts, need to be mindful of body hair. For some, this means manscaping is key to staying well groomed.

In recent years, there’s been a movement to buck the entire trimming thing and simply go natural. The choice is obviously up to you.

FYI: If you are noticing greys around your private parts starting to crop up, it’s perfectly natural. As we age, our body hair gradually turns from colored shades to white.

If you want to look younger and keep color around your private parts, it never hurts to use a special dye.

There’s no way we can list all of the male celebrities who fit into the otter classification. Below, we’ve listed several well-known personalities to help you create a mental mosaic.

And we acknowledge that some of these have crossover characteristics with other types, such as wolves.

In the wider gay male community, there exists a plethora of myths associated with gay otters. Some came about because of confusion. Others are borne from a place of ignorance.

Here are some of the “biggies” that seem to heavily circulate. Remember, none are true.

As we wrap things up, we thought it might be fun to publish a poll on gay otters. It’s not scientific so the results should be considered for entertainment purposes only.

And because we suspect that mostly otter-like men will partake in this poll, the results may be somewhat skewed.

We recognize that some people within the LGBTQ spectrum find the use of labels to be distasteful. We certainly respect that viewpoint.

However, we’d also like to say that an argument exists for using these terms and for preserving them as long as possible. Please read our gay lingo post to learn more.

We hope you enjoyed reading our ultimate guide to gay otters. Here at the blog, we dig all creatures within the gay classification spectrum.

But I'd be a liar if we didn’t say that we absolutely love our otters!

About MJ Booth 118 Articles
Based in Los Angeles, MJ is a journalist and blogger who covers the LGBTQ community. Identifying as gender-queer, MJ focuses on topics that touch on a variety of life issues impacting men, women and non-binary individuals. Look for posts on science, dating, relationships, and culture.