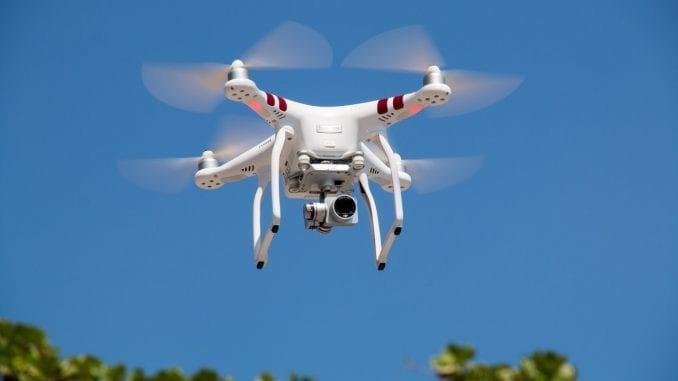 You may have heard that companies like Amazon and Walmart are developing new delivery technologies that call on the use of drones.

Yep, that’s right – one day, you may be able to order that cool watch online and have it delivered to you via drone in under an hour.

But there is just one catch.

At present, even the best drones have limited flight range and load capacity. In other words, the further away you live from a distribution center, the harder it is for the drone to drop off your package. If your order is heavy (like a laptop computer), the drone’s battery drains faster.

So, is there anything that can be done to remedy such problems? The answer is – theoretically – yes. All the drone has to do is hitch a ride on public transit and, abracadabra, problem solved.

I’m not making this up. According to a computer science paper presented at the Institute of Electrical and Electronics Engineers, drones could deliver packages more efficiently by hopping on the bus.

“We found that the drones could quadruple their effective flight range by strategically hitching rides on transit vehicles. We also found that the “makespan” of any batch of deliveries – the longest it took for any drone in the team to deliver one of the packages in the batch – was under an hour for San Francisco and under two hours for the Washington, D.C., area.”

Bear in mind this line of research is based on theoretical constructs aimed at extending the drone’s ability to travel from point A to point B.

That said, I can’t help but wonder about the human experience? For example, here in Chicago, I frequently take the CTA to go from the North Side to the downtown area.

Usually, the bus is packed with riders – so much so that you have to stand and grab a handrail, depending on the situation.

In these kinds of situations, how on earth would the drones mix in with the human passengers? Would they get a special seating section? And what if the bus was filled to capacity? Would they have to wait for the next one to come, or would they get priority boarding?

Here is something else to consider: How would the drone protect itself from assault and robbery?

That’s not a silly question. If the drone is carrying a Rolex watch, somebody might want to snatch it. Will it be equipped with “stun gun” devices like we see on Star Trek? Might the drone travel with friends who, theoretically, help it fend off troublemakers and thieves?

Just questions to reflect on, I suppose. Mykel Kochenderfer, an author of the paper, said the following: “Delivery drones are the future. By using ground transit judiciously, drones have the potential to provide safe, clean and cost-effective transport.”

He may be right. After all, who would have thought any of us would be tapping on apps to order food or using smartwatches to monitor our daily activity?

It will be interesting to see what the future holds. Who knows? One day you may find yourself sitting next to a a robotic drone on the bus, happily immersed in conversation while passing the time.