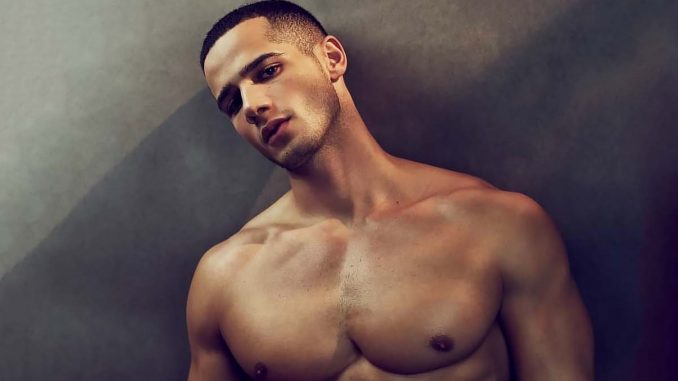 Are you a fan of model Jordan Torres? Lots of people are and that includes me. I started following the guy on Instagram after a buddy showed me his pics. It’s not like my friend had any inside baseball on him or anything because the photos were from Instagram.

Given the level of interest in this model, I thought I’d do some research and create a post. Yes, that may sound shallow, but trying to learn more about the man behind the pictures isn’t all that easy. That’s because Torres doesn’t do a lot of interviews.

To help get at the answers, I decided to do a bit of sleuthing. What follows are 5 quick facts on model Jordan Torres that might surprise you. As part of this post, I’ve also included a few select pics that come from his Instagram account.

Are you ready? Check it out.

1. Basketball is his favorite sport

Jordan loves sports in general, according to the video released by DT Model Management (2018) that features him. But his favorite sport is basketball, as shared in the YouTube piece. Jordan also shared that at one time, he did play professional rugby.

2. Getting arrested changed him

In an interview with Kulture Hub, Jordan revealed that he had a run-in with police and that it landed him behind bars. What happened isn’t exactly known, but the experience was powerful enough for him to switch gears and change his life.

He told Kulture Hub: “Once I got arrested, and everything, that’s when I knew street life wasn’t for me.”

3. Family is important to him

Sadly, Jordan lost two of his older brothers to violence; something that is a part of life in the Bronx. To keep him reminded of their memory, he has a tattoo of each of their names on the inside of his writes.

If you thought Jordan was new to the modeling scene, think again. It all began back in 2012 he started doing shots for Givenchy by Riccardo Tisci in Paris Fashion Week. He was around 20 years old at the time.

The last fact on Jordan Torres is that he’s outdoorsy. I’m not making it up. When you review his Instagram account, you can see that many of the photographs are taken outside. My favorite is the one of him camping with his dog.

Well, that you have it – a quick rundown of five facts on Jordan Torres. Hopefully the next time you see his pics, you’ll have a little context about who the guy is.

Are you a fan of Jordan?

Who is Johnny Kane?

About MJ Booth 126 Articles
Based in Los Angeles, MJ is a journalist and blogger who covers the LGBTQ community. Identifying as gender-queer, MJ focuses on topics that touch on a variety of life issues impacting men, women and non-binary individuals. Look for posts on science, dating, relationships, and culture.