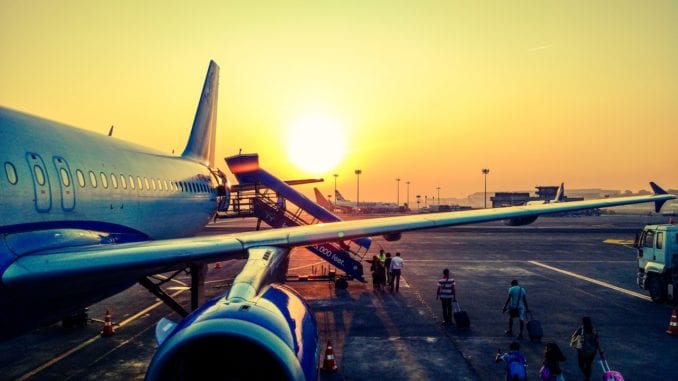 Review of the Hilton O’Hare Chicago

If you travel in and out of Chicago, you’ve no doubt seen the Hilton O’Hare. It’s kind of hard to miss because it’s the only hotel located directly inside O’Hare airport (ORD).

Recently, I stayed at this facility while traveling from Chicago to San Juan, Puerto Rico on United (see review). You may be wondering why I overnighted here, given that I live in the windy city?

It’s simple. The weekend I was scheduled to leave also happened to be the same weekend a massive snowstorm was slated to hit Chi-Town.

Staying at O’Hare Hilton – The Backstory

Because my flight was to depart early in the morning, I thought it best to stay at the airport, thereby avoiding delays that inexorably happen due to backed up traffic on the drive in.

And it’s a good thing I did.

As it turns out, the storm ended up shutting down parts of the Kennedy Expressway and created major delays on the CTA’s Blue Line; the commuter train connected to the airport.

So, the day before my flight and hours before the storm hit, I jumped on the Blue-Line and rode it into O’Hare.

At any rate, now that I’m back, I figured writing up a review might be helpful to readers like you or anyone interested in staying at this facility.

Right off the bat, I need to tell you that I’m not getting one dime from the folks at Hilton for penning this piece. I’m also not receiving any compensation from an affiliate program.

What you are about to get is the real deal and an answer to the question: Is the Hilton O’Hare worth the money?

What follows is my review that includes a list of pros and cons. The video below was not taken by me but does give you a general idea of what this property looks like.

Type of Room and Rate

Because I had booked at the last minute, there weren’t a lot of options from which to choose. The only available inventory was their “family Suite”; a 485 sq ft room that costs $240.00

That’s a lot of money if you ask me. Still, I booked it anyway given the weather conditions. To be fair, the hotel does have other rooms that cost less. But to get them, you need to book well in advance.

I’ll level with you – Hilton really should not call the room I stayed in a “suite”. It’s more like a smallish room with a tiny attached bath.

About the only thing I liked about this room was the bed. Otherwise, it really wasn’t all that. Here are a few highlights:

When I stayed in this room, I ended up ordering room service. There weren’t a lot of healthy choices on the menu, so I called in-room dining and asked about their “soup of the day”.

The attendant told me it was spinach and white bean. While certainly tempting, the thought of eating any type of beans a few hours before a long flight just didn’t make sense for obvious reasons.

In the end, I ordered a grilled chicken sandwich with fries and a diet Coke. Forty-five minutes after placing my order, the food arrived.

TIP: If you make the short walk over to terminal 1 by United’s baggage claim, there is a Starbucks that serves sandwiches and baked goods. A cost-effective alternative to in-room dining.

Walking Around The Hotel

Shortly after eating, I decided to take a walk and stretch my legs. Plus, I wanted to get my head straight about where I would be going for a 7:20 am boarding time.

And so that’s what I did – a walk around the Hilton.

It was snowing outside super hard and I wanted to step outdoors just to experience the craziness of it all. There are side-doors to this hotel in the lobby, just off the elevators, that allow guests to exit.

Moments after passing through them, a hotel worker walked right up to my face and said, “No smoking within 15 feet of the doors.”

But here is the thing – I wasn’t smoking. He must have seen the 10-degree air passing from my mouth as I exhaled that gave off a smoke-like appearance.

Not wanting to encounter any problems, I politely told him he was mistaken and that he might want to rethink how he interacts with guests.

As he walked away, he looked back at me, which I found very odd. Did he think I was lying and that I was going to fire up a Marlboro or something? I can’t help but wonder how many people he had done this too?

After coming back inside, I made the quick walk from the hotel down to the pedestrian tunnel that connects the Hilton to Terminal 1, which happens to be United’s terminal.

In a matter of minutes, I found out where I needed to go in the morning. It couldn’t have been easier.

My trial run completed, I went back to my hotel room and turned in for the night. When I awoke at 5 am, the bill was already tucked under my door.

A quick shower, some grooming, and a cup of coffee and I was out the door and on my way to the ticket counter.

Let’s go over some of the pluses and minuses for this hotel. 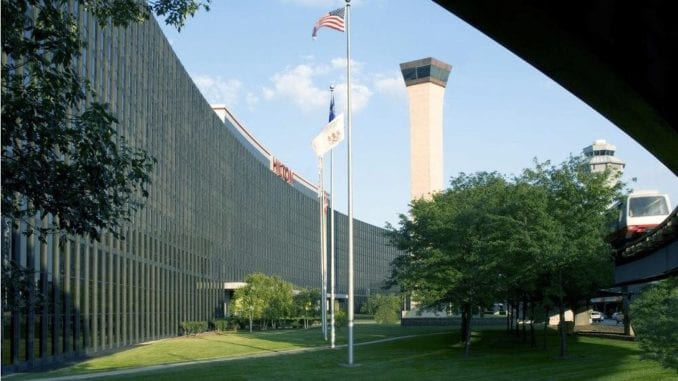 Is Staying at the Hilton O’Hare Worth the Money?

So, you are probably wondering if I thought the $320.00 price tag was worth it? All I can tell you is that (for the most part) I enjoyed my stay.

What many folks don’t realize is that Hilton doesn’t actually own this property. Instead, they have a lease from the city of Chicago.

While I can’t be sure, I have a feeling the cost of that lease is hefty, given that the occupant will be the only hotel operator on the airport’s premises.

Do I think I paid too much? Perhaps. But given everything, I have to say the convenience of staying at the O’Hare was a big plus.

If I had to do it all over again, I probably would. Staying here saved me hours of delayed travel. Moreover, I didn’t need to wake up at 3 am in a scramble to get out to ORD for a 7:20 am boarding time.

Well, there you have it. My impressions of this hotel. Have you stayed at the Hilton O’Hare? If so, how did you like it? Please share your thoughts in the comments area below.