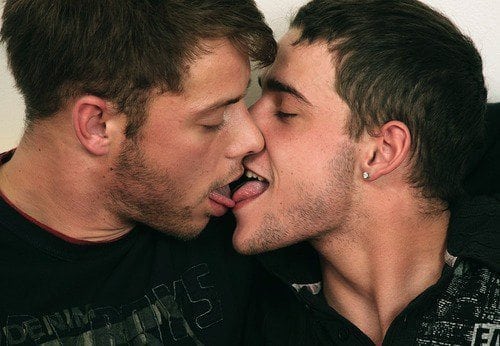 We've been hooking up during the holidays for 10 years.

Yeah cuz – that feels great. Just keeping doing what you're doing. Keep it up man. Almost there!

That’s what my cousin said to me just before releasing. When he was done, he snickered as he rubbed his stubbly face. “Yo – that has to be our little secret, ok?” he added.

It all started 10-years ago, during a long Thanksgiving weekend. He was 25 and I was 20. We were bored with nothing else to do. And thanks to a bag of 420 that Brody had in his pocket, we found a way to entertain ourselves.

That first time lasted no more than 15-minutes. And to keep it real, it was fairly mechanical. But it also was crazy hot. I often think about it late at night when I’m alone in my bed.

Even as I write this, I can feel his whiskers brushing up against my cheek.

I can’t tell you why it happened. It just did. I know what we’ve been doing is wrong but I need to share this in an honest way if I am ever going to make it stop.

You see ever since we were kids, we’ve always been close. And when I came out to my family at 18, Brody was the first one to offer his support.

He’s always been like an older brother I guess.

We did everything together growing up. He’d take me hunting during the fall and I’d take him canoeing in the Spring. And in the summer, we’d go camping along together along the Eagle River.

But even spending all that time together, we never did anything sexual. Not even once. Sure, there was a vibe. But we never acted on it.

You are probably thinking, “What’s the big deal? You messed around with your cousin. It happens.”

Normally, I would agree.

But the problem is we’ve been doing each other every holiday since. I’m serious. Come hook or crook, we somehow end up doing a ritualistic “gobble gobble” around turkey time.

Last year, it happened in his pickup (twice!). The year before, it was in a spare bedroom. And the other times it was in the woods; which happens to be the backyard of my aunt’s house in Central Wisconsin.

Brody identifies as straight. He’s got a girlfriend and is engaged to be married. I know what you are thinking. There’s no way the dude is hetero, right?

Yep – I feel the same way but am just telling you what he’s told me. Last Thanksgiving, after we fooled around, we talked for a minute. I’m paraphrasing here but here’s the gist of it.

“You are the only guy I’ve ever done this with cuz. I’ve never been attracted to men. But for some reason, we’ve been doing this awhile. It’s f*cked up huh?”

And see that’s the problem. He’s right. I mean Brody is my cousin for craps sake. And not only that, I’m just starting to accept the fact that I’m probably in love with him.

If I am honest with myself – I’ve held these feelings for a long time.

I’ve dated a lot of guys and not one of them can hold a candle to Brody. He’s built, masculine, hairy chested and has deep blue eyes. Just my type – for real. Ever see that actor Chris Wood? That’s what he looks like.

And when we make out, you can tell the shit is real. He pulls me close to him, grabs my jaw and literally plants one on me like he owns me.

Can I level with you? I’ve kissed more than my share of men and he’s the only one who has ever makes me pop wood. There’s just something about him that does it for me.

I suspect the only reason our yearly turkey time ritual isn’t more frequent is because a decade ago, he moved to Oklahoma. He’s works for an oil rigging outfit and that where the job is.

After we hooked up last Thanksgiving, I promised myself it had to stop. It really has to – for real. Even if he did come to terms with his sexuality, we probably could never be together. He’s my cousin … as in my mom’s sister’s kid.

But who am I fooling. I already know that when we spend time together this holiday, something will happen. It always does. I can’t keep my hands off of him and it seems like he feels the same.

Am I sick for wanting something more from my cousin? Should I put a stop to it?