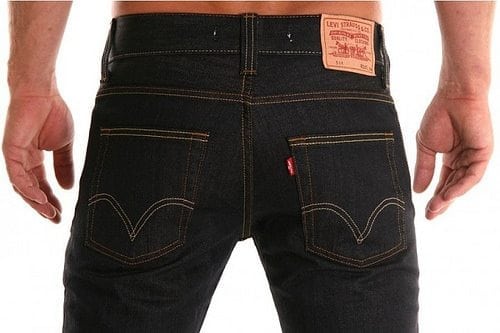 You may also be curious if this activity means that the guy getting pegged is hiding in the closet and is perhaps gay or bi. We wondered the same thing and decided to solicit a bunch of men who are into this bedroom activity.

1. It just feels really good inside!

This may sound crazy but there’s something about being penetrated by a woman who is driving the bus from behind. I’ve never once had an attraction to men. I’m not gay but I do like getting pegged a lot!

When I get pegged by my wife, it allows me to better understand what it is like for her when she sits on top of me. And so once a month, she puts on her piece and I ride her for a little bit. I’m the one who suggested it in the first place.

There’s nothing gay or bi about it and I’m certainly not attracted to other men. But if you want to keep things from getting boring in the bedroom, it’s important to be open to new things. That’s why I like it when she pegs me until I explode. Does that make me gay? No.

I can only speak for myself but getting pegged really makes a man out of you. That’s because you have to get past the pain. Over the years, my wife and I have had various goals. We first started out with a 4 inch strap on … and then a 6 inch. I’m happy to report that today, we are up to a full 10 inches. Our goal for the new year is 12 inches! Soon, I'll be a power bottom!

We used to use those plastic strap-ons when she would peg me. But because both of us try to go green with just about everything, we decided to move away from plastics and try out fruit. Specifically, we prefer Zucchini when they are in season. You have to be careful so they don’t break off so get them fresh.

8. It saved our relationship

9. Its great for role play

One of the things I love about being pegged by my girlfriend is when we use it during role play. Sometimes, she pretends like she is a female cop that pulls me over for speeding. Because I’ve been “bad” in the past with lots of tickets, she has to punish me. Each time the penalty is more severe. For example, I’m forced to ride her out in different, new positions. The sizes change too.