Hypnosis changed me from a gay top to a massive bottom!

By: Brent in Denver

I was skeptical at first but not anymore.

Pretty much my whole adult life, I have identified myself as a top – an exclusive top. Sure, I did oral on dudes and let them reciprocate but when it came to anything going in up my rear end, it wasn’t happening.

Straight up – I came out of the womb as a top man.

Just to tell you something about myself … I’m a 35 years old and live in Denver, Colorado. I ended up settling in the Centennial  State after doing six years in the Army.

If you’ve ever come here, you know the name of the gayborhood is called “Cap Hill”. Well, that’s where I live. For work, I’m employed for a big bank and in my spare time, I like to tinker around with cars.

Hate to use labels but since this is a gay blog, you could say I am a muscled up wolf. Whatever.

Anyway … for the past 4-years, I’ve been in an open relationship with a guy named Heath.

Part of the reason my partner and I aren’t monogamous is because in the past, I was unable to do some of the things he was sexually wanting from a guy – namely bottoming.

And so we came to an understanding that he would do his thing and I would do mine with a few rules thrown in for safety. Just being honest.

As I was saying, I’ve always been a top. This matched my personality type, which is fairly dominant but not in the controlling, obnoxious way.

I’m not a leather guy or anything like that. Just your average masculine gay dude who likes drilling on other men.

Well, at least I used to.

What else can I tell you about me? Hmmm … I’ve always played safe and used protection. And for the record, I’ve traditionally been attracted to men who are slightly less built than me but none the less masculine.

So about 2-years ago on some random weekend, my boyfriend Heath really wanted to get inside of me – like he was on a mission.

We had tried in the past many times and but it never worked. He’d get the tip a little inside of me but that is as far as it would go. The pain just became too much. I could tell he was pretty disappointed.

And so a few days later over breakfast, Health told me that he needed to have an open relationship because it was important for him to have sexual versatility in a guy.

I was hurt but completely got what he was saying and agreed to the arrangement.

Not that uncommon in our gay world, right?

As an aside, my inability to bottom for other guys has been going on since I’ve been active – which dates back to college. For some reason, I just could never let a man penetrate me.

I even talked to a professional about it in my late 20’s and he told me that about 75% of my problem was psychological. 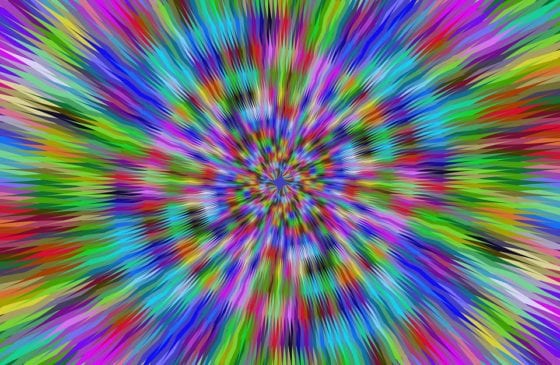 He’s in his mid-30s, good looking and probably using some type of steroids because he’s massive.

Austin competes several times a year in body building shows and works part-time as hypnotist to make money. I also suspect he’s an escort but I’m not judging.

In the past, I’ve always thought of hypnosis as a bunch of BS, similar to tarot card readings and those people who claim to be able to talk to dead people.

“Let me try to hypnotize you once Brent. I promise, it’s not what you think. Just give it a shot and if aren’t down with it – we can stop.”

After putting it off as long as I possibly could, I finally went over to his apartment to let him do his thing. At this point, I was open to anything because I really wanted to make things better with my boyfriend and be the lover he wanted me to be.

When I got to Austin’s place, I was a bit nervous but also curious. I was expecting him to put me into a chair and pull out a watch or something – you know, like you see in the movies when someone is hypnotized.

He explained to me that hypnosis was nothing like that. He also shared that I would be conscious and aware the entire time and that I was always in control.

Then, he asked me to lie down on a recliner. We did some deep breathing exercises and then, once I was relaxed, he hypnotized me.

I can’t recall every single thing but what I do remember is that he mentally guided me to a calm place while I was laying back chilling. He called this “guided imagery”.

Using this approach, Austin assisted me to envision myself getting thumped by a guy in a way that was detached from pain.

The whole thing lasted about an hour or so. I don’t’ exactly remember. What I do remember is that when I came out of hypnosis, I was super alert and very calm.

“How do you feel man? Can I get you some water or anything?” he said as looked at my face.

I told him I felt fine – just a little drowsy. We chatted a bit more and he told me my drowsiness was normal. “You’ll feel that way for about 15-20 minutes” he said. We then talked a little more and basically passed time.

I think he was waiting for me to “wake up” a bit before sending me on my way.

If you were hoping to hear that Austin and I messed around, I’m sorry to disappoint. Prior to coming over that night, we both had agreed that the purpose of my visit was to be hypnotized. He didn’t want to confuse things by having a hookup part of the mix, which kind of made sense.

As I left to leave his apartment, he handed me a book to take home and told me to consider it as “homework”. “Thanks bud!” I said as I left his place.

Over the next several days, I could tell something had changed inside of me. More and more, I began to think what it would be like to bottom.

I know a lot of this had to do with the hypnosis session I had with Austin … plus that book he had given me. Never before was I feeling so motivated to try it.

So one quiet Saturday night, Heath asked me if I wanted to spend the night at his place. I was cool with it and headed on over to his condo. Usually, when he wants an overnight, it also means he wants to mess around.

Let me tell you about Heath. He’s 6’3 and 191 pounds with seaweed green eyes, chiseled jaw and hairy chest. I wouldn’t say he has a six pack – but more like a four pack. He works out almost every day and kind of personifies the type of guy I like. He even sports a flattop. 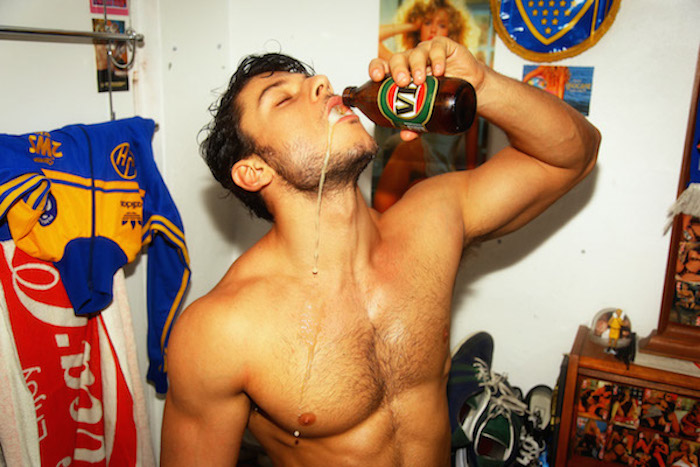 And in case you are wondering, Health is also extremely large. He’s not long but in terms of girth, he’s seriously beer bottle sized.

That night, while he was riding me, I could tell he was really enjoying it. That’s when I made the suggestion to “flip” and see what would happen. He was taken back a bit but very quickly regrouped.

He told me he would be super slow and then handed me a brown bottle.

All I can tell you is that after about 5 minutes, I swallowed him up inside of me like Jonah the Whale. I’m not talking about his tip either. All of it, right down to his pelvic bone.

He pounded me for about 3 minutes straight and I couldn’t handle it anymore. In fact, he couldn’t either.

We both released at the same time and I have to tell you it was the hottest thing either of us had ever experienced.

I am confident that most of this was attributed to the fact that he had never topped me before.

“Where did you learn to ride a guy like that stud?” he asked me while we cleaned up.

All of this sounds great – right? Not so fast.

After that night at Heath’s, I found myself flashing back to him being inside of me. I couldn't help but think about how amazing it was to feel him thumping me like a rabbit.

I could even feel him shoot his man juice in me, which is odd because I always thought you never felt that.

So over the next several weeks, I started spending the night more and more at my boyfriend’s condo. Each time, we would mess around and I would bottom for him.

It got to the point that he started calling me a “selfish bottom” because that’s all I really wanted from him.

He was half joking when he said this but as with most jokes, there's always a little bit of truth in there.

Had I turned a power bottom?

The answer to that is apparently yes because two weeks ago, I had a group hookup with some guys I met on a smartphone app. To make a long story short, I ended up getting group banged.

And you know what else? I never topped any of them – just oral.

I told Heath about it not too long after and he said I had graduated to “power bottom” status. Honest to goodness, I had never heard of that term before until he mentioned it.

Apparently, a power bottom is a dude who can keep taking.

Had I graduated to power bottom? Perhaps. I know this much however … I am a lot more submissive than I ever was in the past. I'm even role playing with my boyfriend in my old army fatigues and letting him order me around.

What's weird is that I still feel the sensation when a guy is inside of me but not intense pain like before.

Oh – I don’t use drugs and I don’t “parTy” or anything like that. Just poppers.

The only thing I am concerned about now is being able to top for other guys again. I’m feeling like all I want to do is bottom. In fact, I can’t seem to get enough.

Remember Austin, my friend who is the hypnotist? I called him and shared all that had been happening.

He told me that I was just exploring a new side of myself and that eventually things would chill.

I hope that’s true because right now, it doesn't feel that way.

Do you have a real life story you would like to share? Learn more by clicking here