Is men’s formal fashion in need of a change? Or, at least, men’s willingness to experiment with it?

Growing up, I dreamed of being a celebrity. Getting all the attention and all of the money. Who wouldn’t want to live that life? But one factor of celebrity life that bothered me, as a young man, was men’s fashion. Specifically, men’s formal wear.

Year after year, we often see men showing up to award ceremonies, movie premieres, and more with the most basic look. A tux, or suit, and tie. That’s it. Sometimes, they’ll wear a black shirt underneath if they feel like being edgy or fashion forward. But, that’s usually it.

Then last week, we were graced with (some) diversity in men’s fashion. The MET Gala had arrived yet again. The annual event is the opening night of the Metropolitan Museum of Art’s latest exhibit. Working together with Vogue Magazine, the event invites some of the most talked about celebrities to bring buzz to the event and organizations. Basically, by making the event very exclusive, it gains more prominence.

But because Vogue is a big part of the event, fashion takes a major role. Vogue writes up a list of big names in Hollywood and the world. They then send that list to major designers to see if those designers want to sponsor a celebrity/talent. Those designers then reach out and coordinate with the talent to create an outfit that combines their interpretations of that year’s theme. Then, the celebs and designers show up to get the world talking about them (and indirectly Vogue and the MET).

But this year, the MET Gala and men participating gave us a look at fashion's worse problem.

Harry Styles at the 2019 #MetGala pic.twitter.com/TSa22KBkpW

To Camp Or Not To Camp

Last week’s theme was “Camp,” which can be interpreted in a number of ways. Camp can refer to the celebration of over the top and fantastical displays (most commonly seen in LGBTQ circles). In addition, it can be defined as including otherwise gawky and ugly visuals and turning them into fashionable wear and commentary pieces (Lady Gaga’s meat dress, for example).

While there were many women who attempted at the theme (though many failed), there were only a few men who even tried.

With every Billy Porter, Harry Styles, Ezra Miller, and Jared Leto willing to at least attempt to dress dynamically, there were men like Kanye West, Shawn Mendes, and Taron Edgerton in bland black suits.

SHOUTOUT TO ALL THE MEN WHO ACTUALLY TOOK RISKS WITH THEIR FASHION AND ACTUALLY FOLLOWED THE FUCKING THEME #MetGala pic.twitter.com/70ZzhbP1x5

THESE WERE THE MEN THAT SERVED! #MetGala pic.twitter.com/RD04lgnwdE

Looking at all the straight men in suits like #MetGala pic.twitter.com/IAidES6mj7

For a while now, men have been kept in a tiny box of dressing with basic suits and tuxes. Unfortunately, we have boxed ourselves and our self-expression in. Researchers have even found that men will limit their clothing so that they aren’t seen as overly expressive or alternative. 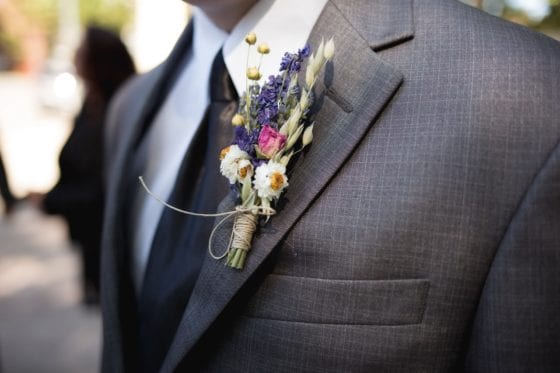 As a study published in Fashion and Textiles International Journal of Interdisciplinary Research found, men were avoiding clothing they think stands out too much.

“The study participants avoided certain types of clothing due to the clothing’s incongruence with their styles. Their aversion to clothing that could be perceived as alternative, gangster, or gay indicates that these men strived to avoid clothing that conveys identities viewed as non-conformist, non-professional, or unusual.”

A 2017 study also found that men were worried about being expressive in their fashion choices. In this study, however, the experiment found that there was some legitimate cause for these worries. Co-workers of participants who wore nail polish or bright jackets often mocked participants for making these choices. It seems that society is still pushing these stereotypes on how a man should dress and express himself.

“While masculinity is often held up as the epitome of strength and power, it is actually quite a fragile identity because it is always at risk of being broken,” wrote researcher Ben Barry. “Gender has long been presented as a straightforward binary, but in reality, we all embody various degrees of masculinity and femininity in different ways, at different times. By wearing feminine clothing rather than the ubiquitous business suit, fabulous men force Dave  [one of the participants] to confront the supposed naturalness of his masculinity — and thus his power — by calling out the multiplicity of ways men can enact gender at work.” 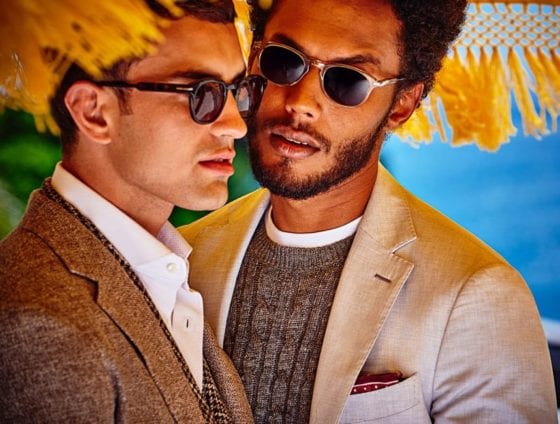 A Change Is Coming

But in the past few years, we’ve seen a rise in challenges to gender norms and stereotypes. As a 2018 study published in Economic and Environmental Studies found, typically stick to the clothing of their specific brand/group/aesthetic.

The study, which was focused on depicting Japenese men's fashion and self-expression, noted how men have evolved to express themselves in varying ways. The most frequent way that men, and specifically Japanese men in this case, do that is by forming identities around their clothing.

That said, Western men are starting to branch off and explore themselves outside of these subgroups and identity factions. Masculinity is starting to be challenged for the traditionally toxic misunderstandings we once placed onto it.

Shaving companies like Harry’s shaving company and Gillette have created campaigns to fight against gender norms placed on men. They believe that men should be able to express themselves and be as varied outwardly as they are inwardly.

What the MET Gala and men who participated this year showed us is that we need to make men comfortable expressing themselves. We have to evolve to where men won’t feel afraid to dress and act creatively. Of course, not all men will want to wear dresses or wear extravagant clothing. We should just get to a place where men can wear whatever they want without feeling pressured or judged for it.