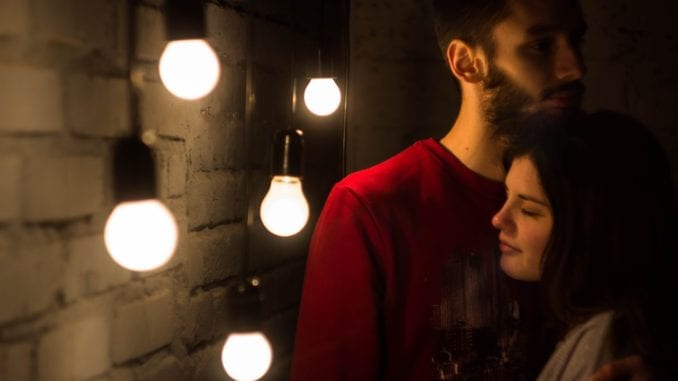 Trending News: Your partner can help you see the positive during difficult times.

New research appearing in the Journal of Psychosocial Oncology suggests that a romantic partner can help you to see silver linings in difficult situations that you might otherwise miss.

Men’s Variety spoke with licensed psychotherapist Alan Tsang about the findings. He’s a Chicago based mental health counselor who helps clients adjust to major life changes, such as a health challenge or job loss.

“In many ways, this study helps to reinforce the importance of having meaningful support systems in place. When bad news arrives, reaching out to people who love us is critical. They [romantic partners] can help us to reframe bad news in a more positive light, which can make coping much easier,” said Tsang.

Investigators at the University of California-Riverside (UCR) requested that 52-couples who were coping with a diagnosis of breast cancer wear a device called an “Electronically Activated Recorder” (EAR) over a single weekend.

Participants were asked to record 50 seconds at intervals of nine minutes during their waking hours. Once the weekend concluded, investigators studied the recordings and examined how words were used to help with positive reframing, stress amelioration, and successful coping.

In surveying the thousands of sound files, scientists observed the participants spoke approximately 46% of the time. Around 4% of those conversations related to cancer.

After isolating the cancer-related conversations, the research team then looked for instances where reframing took occurred, meaning a negative perception was changed to something more positive.

As part of the study, the couples were also asked to self-disclose instances where positive reframing happened during periods of stress. An example might be, “I look for the positive whenever possible.”

Researchers believe the study’s findings support the concept of partners helping their mates to see things in a new light, be it a cancer diagnosis or some other type of difficult situation, thereby reducing stress.

Dr. Megan Robbins, author of the study and a psychology professor at the UCR offered the following.

“Word use can be a window into people’s thoughts and feelings without having to directly ask them. Positive emotion words, like ‘happy’ or ‘calm,’ can indicate what someone is feeling, and cognitive processing words, like ‘think’ or ‘because,’ reveal that someone is processing a thought,” Robbins said.

She believes that partners without cancer are more effective at supporting their mates and helping them to see silver linings because they possess more resources and because of the nature of the relationship.

Tsang agrees. “Unpleasant news, particularly when it comes to health, can have a devastating effect on the individual. Having a supportive partner can make a huge difference with coping,” observed Tsang.

He adds the following. “The quality of the relationship really matters. Nurturing is critical, particularly during challenging moments.”