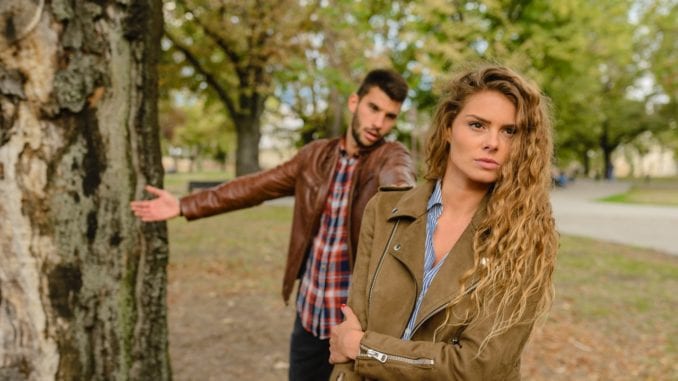 What to do after breaking up

Have you recently broken up with someone you deeply love? Are you struggling to hold things together? Wish you had a magic wand to make the pain go away?

If you can relate, you wouldn’t be alone. Breaking up with someone you love is one of the most difficult things a person can endure. The longer the relationship, the deeper the wound.

Here’s the thing you may not know. Research suggests that breakups are harder on guys than women. While we aren’t sure why, it has been theorized that men are more apt to view relational endings as a personal failure.

I’m not going to lie to you – there’s no “easy” way to get over a broken heart. There’s an old saying: When we love deeply, we hurt deeply.

That’s kind of true, isn’t it?

With that said, I’d like to offer five tips to encourage healing after a breakup. Some of these will seem like common sense while others may cause you to pause and reflect. Read them all to get the most from this piece.

Oh, and before I forget – we never “get over” someone. That’s complete BS. Instead, we work through. See the difference?

Sadly, some of us turn to alcohol or other substances as a way of medicating the pain. While this may offer temporary relief from what you’re feeling, it can make things worse over the long run.

Research out of Rutgers suggests that after a romantic collapse, the brain can respond as if it’s going through cocaine withdrawal.

To help clear your mind and sooth your wounds, you may be better off doing things outdoors. In a Finnish survey, people who spent time in nature reported faster healing times.

If you think this point seems childish, you’re certainly within your right. But here’s the thing – the more you see your ex on social media, like Facebook or Twitter, the less likely you are to heal.

It’s difficult to work through feelings and bring meaning to your sadness if there are constant reminders of “what was”.

Related: What to do when your girlfriend wants a “break”.

As a temporary pathway to mental calming, consider the following suggestions, They don’t have to be forever. Instead, engage in these for just for enough time to process your emotions and move through the experience.

Before the two of you were a couple, you had a life – remember? This means you were a functioning human being with friends and support systems in place.

You also had interests that spoke to who you are as a person. To the extent possible, be him.

Here are a few tips:

One of the worst pieces of advice that people give when a breakup happens is to try and “push” feelings out of our mind. Some people even suggest hooking up as a way of coping with the pain.

I hate saying this, but I will – both approaches suck and won’t help you work through. Instead, it is far better to practice a form of psychology called acceptance and commitment therapy.

Here are some suggestions:

The goal under this point isn’t to find a new mate begin a hot and heavy relationship. Instead, it’s about spending time with other people who are sympathetic to your situation.

After a breakup, you’re obviously going to be in an emotionally vulnerable place. That’s why it’s important to be in the presence of people who care about you.

But you know what else? It’s equally important to allow yourself to meet new people.

Here, I’m talking about making new friends. What’s interesting – at least on the karmic level – is that in life, we often attract what is familiar.

This means that if you’ve recently broken up with someone, there’s a good chance you’ll meet someone in a similar boat. I don’t know why this happens – it just does. The end result can mean a powerful system based on shared experiences. Make sense?

Bringing It All Together

Breakups suck and they suck hard. In order to work through, it’s important to give the process time. Skip the BS advise some folks give about throwing yourself into a new relationship or acting like what happened is no big deal.

Instead, focus on your current reality and recognize that what you are feeling right now is not forever. Below, I’m going to recommend a book that you might want to read. It’s called No breakup can break you by Nick Dawson (See Amazon).

What’s nice about this read is the author’s no-nonsense, practical approach to all things related to men and broken hearts. If you are looking for concrete guidance, Dawson’s book is amazing.