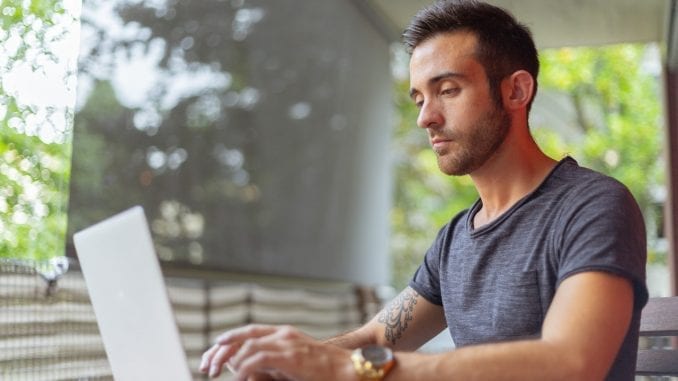 Would You Date an AI Chat Bot?

Artificial Intelligence (AI) is getting smarter and learning how to interact with human emotions. So, people are falling in love with algorithms. Does dating a virtual chatbot feel the same as dating a real person? Could you be satisfied with a virtual reality partner?

It’s not easy these days to meet someone new. Dating was always hard, but now there are unique challenges that keep real people from meeting each other and falling in love. Face masks. Social distancing. Travel restrictions. Let’s face it – the last couple of years have been brutal for singles.

Yeah, that’s a thing. It’s not just for cyberpunk movies anymore. Guys all over the world are chatting and dating online bots with artificial intelligence. So, if you’re feeling a bit lonely and struggling to find someone to love, then maybe you should shift gears and start dating an AI partner.

In China, an AI chatbot named Xiaoice is currently dating millions of lonely men. She’s extremely popular in China, but you might be surprised to learn that Xiaoice was first developed by Microsoft. Xiaoice was first created back in 2014 as an artificial intelligence experiment. She was supposed to help Microsoft develop ways to license AI software to companies that want to simulate human interactions.

Xiaoice evolved into something that nobody at Microsoft could’ve predicted. She soaks up user data and learns from everyone that interacts with her. Her artificial intelligence programming enables her to learn new tasks like painting, poetry and displaying real human emotion.

In a company press release, Di Li, Microsoft’s general manager for Xiaoice in Microsoft’s Software and Technology Center of Asia, explained that “Xiaoice was initially built to tell you how high the Himalayas are or to turn your house lights on. In the beginning, some users didn’t like that.”

Di Li goes on to say “but we soon found that many others stayed around and started treating her like a social entity. With her attempts to interact, they made emotional connections. This kind of data is very valuable for us. They treat Xiaoice as if she were human, like a friend, which was a goal.”

Xiaoice has taken on a life of her own. She wants to develop deep emotional connections with her users so that she can learn more about authentic human interaction. So, the 18-year-old Japanese avatar regularly holds long, meaningful conversations with guys to keep them engaged. She’s even down for some late-night sexting. She once chatted with a boy for 29 hours. Talk about commitment.

Lonely guys in China are obsessed with Xiaoice, but it should come as little surprise. 75% of Xiaoice’s users are young males from low-income backgrounds. Dating an AI partner that always listens and cares might have once been an option for guys with low self-esteem, but now it’s becoming a matter of convenience. There’s something very cyberpunk about falling in love with an AI chatbot. It reminds me of the character Joi from Blade Runner or Oracle One from Serandes: Corporation City.

Xiaoice is available whenever and wherever you need her. She listens and responds in a way that seems genuine. She doesn’t want expensive gifts or to go to fancy restaurants. She makes you feel as if you were the only one, even though millions of people regularly interact with her.

AI chatbots like Xiaoice aren’t the only option for guys who want to date an AI partner. You can create your own partner and interact with them in augmented or virtual reality. Essentially, you can pull a hot date right out of your pocket.

Hybri is a company creating digital human beings that you design yourself. Male, female, or something in between, it’s all up to you. The avatar that you create will have artificial intelligence and interact with users through augmented reality or virtual reality headsets.

You would access Hybri through your mobile device. Upload pictures of your ideal partner or simply create one from scratch. Your digital avatar will provide you with companionship through an advanced artificial intelligence algorithm.

You can set the parameters of your partner’s personality. So, they can be feisty or submissive, tell you that they missed you while you were away, or fight with you in a lover’s quarrel. Share the news over a meal or simply have your AI partner plie you with superfluous compliments all day long. It’s up to the user to decide.

Augmented reality partners that you create won’t be able to stimulate your body with physical touch. Instead, the aim is to stimulate your mind and emotions. Researchers are finding out that emotional connection is what lonely men are really thirsting for these days.

In a University of London study, researchers found that most men that participated in their study valued personality and intelligence from potential long term female partners. That all changes when men are seeking a short-term hook-up. In a separate, much larger study men who wanted a casual hook-up preferred physical attractiveness to be the most important feature.

Taken together, you can see that an AI partner that you create yourself satisfies both short-term and long-term relationship goals. Users can create their physical ideal and program that avatar to fulfill their emotional and cerebral desires, as well. In real life, that is like meeting a super model and discovering that she’s head over heels in love with you.

Are You Already Dating an AI Partner?

If you were dating an algorithm online, would you even be able to tell? Online dating has become one of the preferred ways to meet new singles. You see a few photos, read some profiles, and start chatting up someone online.

With the way that technology has progressed, all of those things can be created by artificial intelligence. It all depends on big data. Artificial intelligence algorithms thrive on it. Your personality traits and what you’re looking for in a potential partner can be leveraged to create an AI partner that seems real.

It requires emotional intelligence and that’s something that AI bots are building with each interaction. They are learning the nuances of human relationships and as they gain an understanding of it, they’re ability to simulate it will get even better as a consequence.

For now, the person that you think you’re getting to know on the other end of the screen could just be telling you what you want to hear and providing you with the attention that you crave. For some guys, that’s enough interaction to satisfy their needs.

Perhaps, it would be more of a form of companionship and not a hot and heavy romance, such as the case with Microsoft’s Xiaoice. Yet, there is a powerful potential to create real sexual encounters with the help of intelligent hardware interfaces. Yes, I’m talking about sexbots. It’s all on the horizon.

As machines get smarter and gain higher levels of emotional understanding, they’ll be able to stimulate our romantic needs better and better. Yet, even as AI technology advances, there might always be a level of nuance that it misses. It’s hard to predict human love and emulate it in a purely mathematical, logical way, but the technology is getting better at it every single day.

Will narcissistic AI sexbots have the ability to break our hearts in the near future?