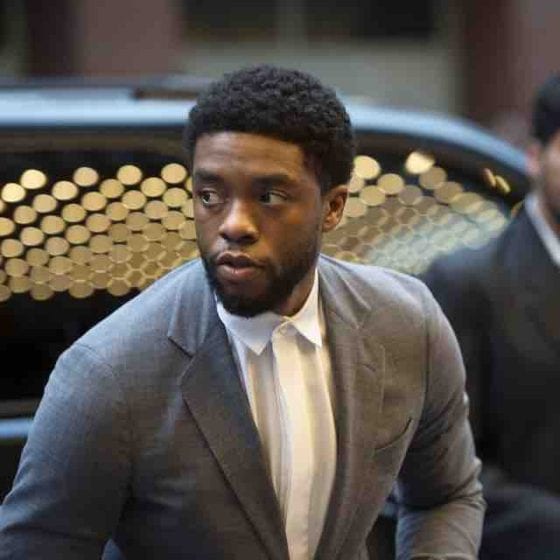 We are on the edge of a cultural sensation and actor Chadwick Boseman is standing at the center of the oncoming storm.

If you haven’t bothered to get your tickets for Marvel’s Black Panther, you should probably go do that now. Seats are filling up quick as everyone is getting excited for the latest Marvel movie.

That said, this film feels like its more than that. We don’t know if it was a clever marketing tactic by Disney’s publicity team or if the internet is responsible, but there’s an air of a cultural event swirling around the movie.

As the film’s titular lead, Chadwick Boseman, who plays T'Challa aka “Black Panther,” must be feeling pretty tense right now. If the film succeeds, all eyes will be on him to see what he'll do next. If it fails, he’ll be the first one blamed.

But, who’s the man behind the oncoming storm? If you want to get to know Boseman a little bit more, check out the six fun facts about him down below.

1. Started His Acting Journey At An HBCU

Chadwick Boseman started his career by going to an HBCU (Historically Black College/University) called Howard University, which is one of the most recognizable HBCUs. Though he graduated with a Bachelors for directing at Howard, Boseman changed career goals after taking a course with an esteemed actress.

After taking a class taught by Phylicia Rashad, Boseman decided to pivot into a career in acting.

Though he plays a prince from a fictional African country, Boseman is American-born and proud of it. On top of that, Chadwick Boseman cherishes his family, and there’s a lot to cherish.

“When my grandmother died, she left 115 grandkids and great grandkids. That was just one side,” he told MR PORTER.

Though, that big Southern family is lucky enough to know its roots as Boseman once shared that his ancestors hail from Sierra Leone.

Unfortunately, there’s not a lot of information out there about Chadwick Boseman. That’s mostly because he wants to keep his private life as private as possible.

“When you talk about that, you become a whole different type of celebrity,” he told American Way. “Your personal life bleeds into your professional life. I’m an actor, and you know me from who I play. You get a sense of who I am, but you don’t know everything.”

That said, Boseman did slip on Valentine's Day while on Good Morning America. He mentioned a little girl, seen above, who had given him a Valentine’s card before his “lady” could give him one. So, it looks like Boseman is happily taken.

4. He Has An Athletic Past

While Boseman keeps a tight lip about his personal life, he does share little facts here and there. For instance, it’s known that he was an athlete as a child. Boseman was involved with a Little League baseball team and he played basketball at one point too.

Due to his past athleticism, Boseman had some experience with the effort it takes to be fit for film, which he’s had to do for the Jackie Robinson bio-pic 42, and for his role in the Marvel Cinematic Universe. 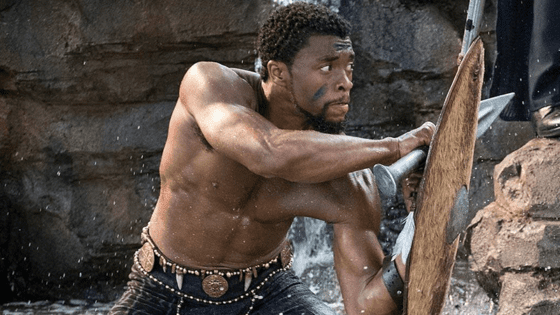 More: 7 Facts About John Boyega That Might Surprise You

While Boseman has made a name for himself, and ultimately got the role of T’Challa, through his jobs acting as Jackie Robinson and James Brown, he says he’s had enough of bio-pics (for now at least).

“I don’t want to do another one,” he said while promoting Get on Up.

In addition, he shared that it can be stressful doing a bio pic.

“You can be tired in a suit,” he said while comparing Black Panther to Get on Up, “But not while singing.”

6. He Didn’t Audition for Black Panther

As mentioned earlier, Boesman’s bio-pic career had a huge reward.

Unlike many of his Marvel counterparts, Chris Hemsworth, Scarlett Johanson, etc, Boseman didn’t have to audition to play Black Panther. The role was given to him.

Marvel Studios President Kevin Feige had seen Boseman in the James Brown bio-pic Get On Up and knew he deserved the part.

“I think it was 24 hours between saying his name in a creative story meeting and talking to his agent and getting on a phone with him and offering him the role of Black Panther, which he accepted,” Feige recalled to Variety. “He was in Zurich on a press tour for ‘Get On Up,’ which makes the story even more far-flung and global and James Bond-like.” 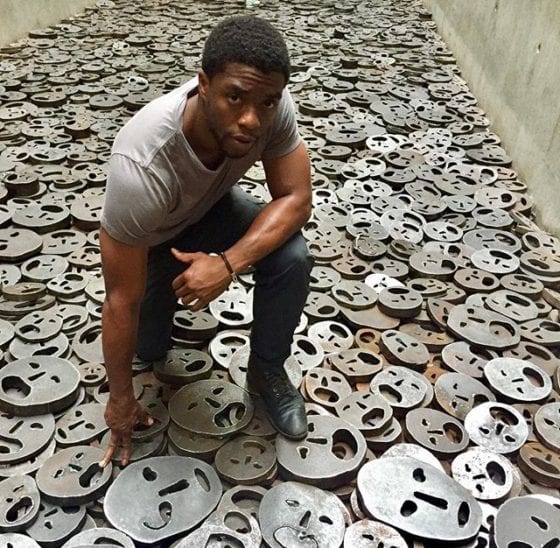