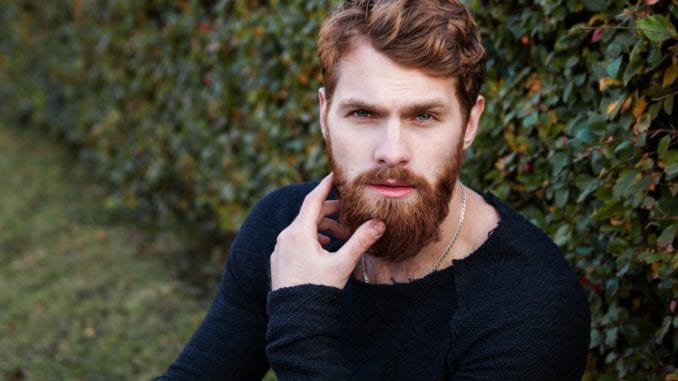 I’ve got a problem that some people with think is ridiculous. For the past few months, I’ve been going on casual dates with two really attractive men. They’re both cool in different ways, and I feel like I could have a good relationship with either of them.

The only problem is that I don’t want to let either of them go. So I’ve entertained the idea of continuing to date both of them, in a less casual way. They’re both willing to try it. Should I do this? Can I date two people?

Of course you can date two people. It’s a free country. You can be polyamorous and date ten people if that is what you want. You can stand on top of a mountain, declare yourself the King of the world, and send out a broadcast text message to all of your friends, heralding the news. Enjoy the pursuit of your happiness.

All joking aside: I would encourage you to date two people if you’re sure you can handle it. And that’s a really big if. For most men, I genuinely don’t think dating more than one person is a good idea.

Why would I say such a thing? Dating two men is obviously better, right? After all, what guy could satisfy all of your crazy desires? None, it’s true.

There’s nobody alive who will enjoy every last bit of the weird sex stuff you want to do. Or entertain every one of your silly jokes. And every man you date brings a fun universe of his own into your life. (Or an un-fun universe.) Obviously, the more guys you spend time with, the better. Right?

Yes, if you overlook something very obvious, which is that dating even one person is really, really hard.

Let’s look at the basics of being a good boyfriend. Good boyfriends should listen to their mates, right? Well, listening is really challenging—it’s difficult not to simply inhabit your half of a serious conversation, waiting to say whatever you’d like to.

Also, being a good boyfriend mostly requires honesty, doesn't it? Yes, and true honesty is difficult to maintain. It’s really hard not to conceal your less convenient emotions until you're not sure who you are anymore. Honestly, even having a great sex life takes work. It requires a commitment to variety, exploration, and vulnerability.

Also, look at your last serious relationship. How did it go? Was it exactly as you expected? No, right? There were unforeseen troubles and inconveniences everywhere along the way.

Every few days, there was some new source of insecurity, or some potential fight to be avoided, or an important issue to be discussed. Even the very happiest of relationships are about 90% happiness and 10% stress. That's just the reality.

And why should that be? Well, it’s just that humans are complicated and vulnerable. Basically, we’re all just a little too stupid to understand each other completely, and a little too selfish to be good to each other all the time.

At best, you fake it, try really hard to love somebody as best you can, maybe get married, and then die.

All of these inherent difficulties increase dramatically when you introduce a second person into the equation. It’s just math. Once you have two romantic partners, you won’t just have two different sex lives, and two kinds of chemistry.

You’ll also have two sets of emotional problems. Sleeping with two different people casually is one thing. But actually having two boyfriends is dating on Hard Mode. Are you capable of dealing with that? Do you have the energy?

If the answer is yes, congratulations! Welcome to your insane new romantic life. I’m going to give you some advice about how to make it as reasonable as possible.

First: when you’re dating more than one guy, you’ve got to be absolutely transparent about what both of your partners can expect from you.

Like, how much are you going to hang out? Is it three times a week, or a month? Are both of them going to get the same number of fancy dinners out of you? You’ve got to establish this. And you’ve got to make sure that both partners are getting roughly the amount of attention they need. You don’t want either of them to feel like a diversion, or an accessory to the other partner.

And, if your relationships proceed until the point where they seem serious, you’ll have to figure out some other tricky stuff. Like: do both of them call you “boyfriend?” Are they both going to appear on your Instagram? Are you meeting both sets of parents, eventually?

These questions are not impossible to resolve. Some of them are pretty easy. But they’ll all need to be answered, eventually. This is the tricky thing about non-monogamy — it doesn’t have strong cultural norms.

Basically, monogamous relationships have presets and cultural expectations that are reasonably clear. You know vaguely what the narrative arc of a monogamous relationship is. But when you’re in a weird, two-way triad relationship like the one you’re proposing, that’s not true. You have less received wisdom to rely on. You’ll basically need to write the rulebook with your partners. Which can be fun, but also taxing.

Finally, let’s address your motives. So, it seems like you want to be with both of these men because you don’t want to choose. Both of them seem amazing in separate ways. That sounds great, and I’m glad you’re getting the chance to have everything you want.

So, eventually, you’re probably going to have to choose one or the other of these guys. (Or, equally likely, one of them will demand that you make that choice.)

Be ready for this. Don’t think of your new relationship as a never-ending fantasyland. Think of it as an adventure, with lots of potential benefits, and a not insignificant number of potential downsides.

Have a dating question? Feel free to send a note to [email protected]

About Jack Eagle 20 Articles
Jack is a wise but mysterious figure whose exact whereabouts and identifying details remain unknown. What we do know is that he's really, really good at relationship challenges. He’s been on more dates than you can shake a stick at, and he’s here to help men from all walks of life step up their game.