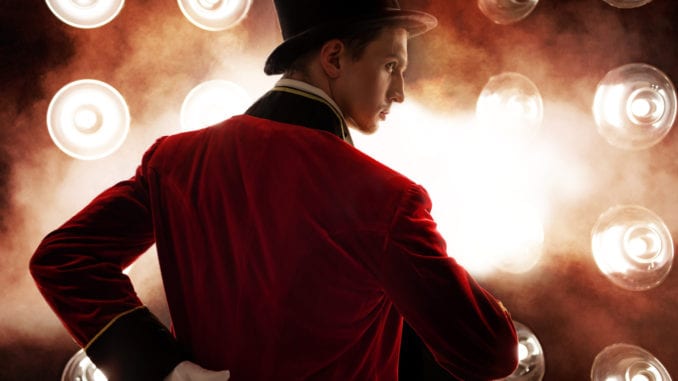 Straight Actors Go Gay for the Pay – But Is That OK?

There’s no shortage of fantastic gay actors, but why is Hollywood scared of gay characters? Is Hollywood still behind the times when it comes to casting LGBTQ roles?

Some might argue that Hollywood has been rather inclusive of LGBTQ actors, but critics are wondering if its time for gay actors to exclusively play gay roles and vice versa. However, that’s a double-edged sword because it can be seen as reverse discrimination.

The problem is an old one for Hollywood. A producer sets out to tell an LGBTQ story but decides to cast notable straight actors in the leading roles. Boys Don’t Cry, Dallas Buyers Club, The Kids Are All Right and Brokeback Mountain are just a few examples.

Then, those straight actors are praised for their depth and range. That’s not to say that some straight actors haven’t delivered stellar performances in gay roles. It just highlights a certain prejudice that seems to die hard in Hollywood.

Hollywood does have its go-to pony boys for playing gay roles. Jared Leto will play queer icon Andy Warhol in an upcoming biopic. He played Joker in the Suicide Squad, but his same sex kiss was omitted from the final cut of the movie. Leto won an Oscar for his role in Dallas Buyers Club and that is where the problem lies.

When straight actors play gay roles and win all sorts of critical acclaim, it raises eyebrows about the lack of diversity in Hollywood…still. In an interview with GQ back in 2016, Leto was asked whether America could accept a gay leading man.

He responded, “I think so…Uh, I hope so,” Leto answered. “I definitely don’t think a gay leading man would have the same opportunities as a straight leading man. I don’t think that. Not for a single second.”

Related: Actor Refused By Agency Because They Already Have a Gay Actor

An All Gay Ensemble Cast to Celebrate

Fast forward to 2020, and the winds of change are certainly blowing. The LGBTQ community has had a few setbacks this year. Well, Broadway has shut its doors through May of 2021.

Luckily, there are some great Broadway adaptions available on streaming platforms like Boys in the Band. In this film version, a group of men let their insecurities rip during a raucous one-night dinner party. It’s directed by Joe Mantello and starring Jim Parsons, Zachary Quinto, Matt Bomer, and Andrew Rannells.

That’s an all gay cast, folks!

In previous versions of this hit play, some of the actors were played by straight men. This will be the first major on-screen adaption that features full LGBTQ representation. The film debuted on Netflix on September 30th to mostly favorable reviews.

Rolling Stone gave it only 3 stars, stating in a review “Every man here is an archetype, and in the nature of archetypes, they feel representative of some broader whole. They range from bisexual and masculine, even married, to fully here and obviously queer. They’re poor and well-off, educated and not, sex workers and penguin-suit social compliers.”

Admittedly, Netflix’ super producer Ryan Murphey probably felt the pressure to make this a BIG DEAL and in doing so, overworked the characters. Yet, the actors involved were ecstatic about their roles in The Boys in the Band.

Should Straight Actors Turn Down Roles?

If producers and studio execs aren’t willing to cast openly gay actors in notable gay roles, should Hollywood actors take a bolder stance by turning down roles? It’s been done before. In 2018, Scarlett Johansson backed out of a role in which she would be playing a transgender man. In 2019 Darren Criss of Glee fame vowed not to take any queer roles.

This trend could begin to open more doors for openly gay actors to play roles that suit their sexual identity. However, this opens a sort of pandora’s box of problems. Can a gay actor play Superman without him being a gay superhero? Can a gay actor play a role in which his sexuality is not important to the narrative? Or should gay actors only participate in productions that further the LGBTQ agenda?

The Perfect Balance of Equality

Actors who fit the sexual orientation of the character they’re playing shouldn’t be the default choice. They should compete for the role alongside their straight counterparts and the actor who can best tell the story should be chosen.

That would be a perfect world, but Hollywood producers an executives think marketability first and foremost. It supersedes every other aspect of the production. That’s why Jared Leto’s comments about America not being ready for a gay lead character ring true.

A story about a gay, trans, or bi-sexual man won’t carry the same widespread global appeal as a straightforward hero’s journey reeking of toxic masculinity. Even a film like The Boys in the Band is considered a niche production that banks on the notoriety and popularity of the Tony award-winning Broadway play.

So, clearly there is more work to be done in the hearts and minds of the audience. When perspectives shift in America’s living room, then more doors will open up in Hollywood.