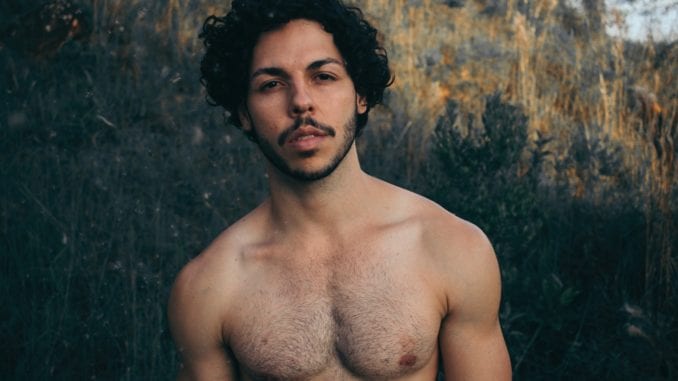 What's Up With Body Hair Shame?

It turns out, body fat isn’t the only issue for some men and their bodies. Apparently, body hair can also cause shame and lowered self-esteem.

According to the New York Post, shaving company BAKBlade put together a survey, with the help of OnePoll, that looks at how men view the hair on their bodies. Turns out, not well. About 55 percent of respondents said they felt ashamed of their own body hair. Plus, one in five said they feel this way often.

To conduct this survey, the joint project collected 2,000 men and asked them questions concerning the hair on their body and faces. Again, the results were pretty dim.

31 percent of respondents said that they avoided swimming because of feeling embarrassed about their body hair. Meanwhile, 27 percent avoided the gym for the same reason. Plus, almost one in five respondents think that their body hair has gotten in the way of their sex lives.

But weirdly enough, most men felt like they didn’t manscape enough despite an average of shaving every seven days. 48 percent felt their grooming habits weren’t good enough and 43 percent said they weren’t confident in their grooming skills.

Unfortunately, this is a spiraling pattern of fear and self-inflicted pain. Six in 10 men say they procrastinate from shaving because of fear or laziness, and 63 percent say they look uglier because of it.

But you know what’s at the core of this whole conversation? Men’s discomfort with their own masculinity. Yes, gender norms and stereotypes show their ugly head again. And apparently, it’s a big factor in this unnecessary fear around body hair and shaving.

44 percent of men said that the dread they feel for shaving is because of fear that good grooming habits are “unmanly.”

“When most men think of having better ‘grooming habits,’ they often think of going into a salon and waiting for their name to be called for their waxing session. Who wants that? BAKblade strives to ‘keep it in the bathroom’ and allow men to manage the issues themselves,” said BAKblade CEO and Founder Matt Dryfhout.

“Our back and body shavers allow men to continue to feel ‘manly’ and keep their dignity while managing the problem in the privacy of their homes.”

Most men also expressed a fear of shaving uncommonly shaved areas like the legs and the back. In fact, 56 percent of respondents said that only the face should ever get shaved. While we can agree that men shouldn’t feel compelled to shave off all their body hair. We also think it's sad that many men think it's wrong for consideration because of societal pressure.

Ultimately, Dryfhout says that theses beliefs are starting to change thanks to more modern talks and thoughts on gender norms and the human body. But, older generations are hard-pressed against this change.

“While men, overall, are getting more curious in the area of grooming, it is the millennials that are showing the most curiosity,” continued Dryfhout.

“The biggest hurdle has been showing men options available to them while at the same time letting them know how easy it can be. ”