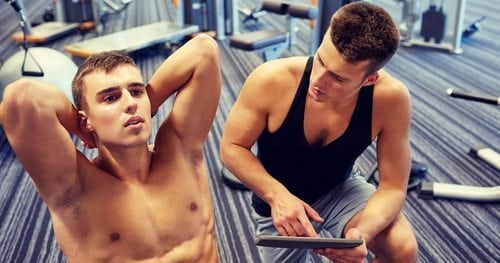 It didn't take much for me to become overly stimulated. I found out it was a real medical condition.

By: Bill in California

Well, that's exactly what's been going on with me ever since I started working out over 15 years ago. They’re called coregasms and they don’t just happen to women.

I'm 37 years old, 6’2 old and 190 lbs. I've been involved with bodybuilding on and off since 2009 and have won two state championships. In fact, it was at a competition event for natural body building that that I met my current girlfriend.

If you are wondering why I mentioned my sexual orientation, it's because there's a myth floating around a lot of gyms that only gay men have this issue. I’m here to tell you right now that it’s total BS because straight dudes have coregasms too.

I think part of the reason the myth exists in the first place is because it’s a backhanded way of slurring gay people, which really sucks because my brother is gay. In fact, he’s the one who told me about this website and encouraged me to send my shit in.

In my case, the first time I experienced an accidental discharge was when I was in my early 20’s. At the time, my personal trainer named Chris had me on a strength training program that included building up my core.

I won't bore you with a definition of what that term means except to say that your core is all about the muscles that interconnect between your spine and abs. If you want to learn more about the core, you can visit this link.

So I was doing crunches, lifting my shoulders off the floor and squeezing my abs on the way up, then holding them tight for a three second count. As Chris pushed me hard during my last set of 10 reps, I started to get a strange sensation … like something sexual was going on except it wasn’t. “Are you OK?” he asked. “Your face looks kind of flush dawg.”

Before I knew it, I started to ejaculate. And the weird thing about it was that I wasn't even hard. I mean I had a little wood going but it wasn't a full on woody. All I could do is lay there as I came right in my sweats. It's not like you can stop the flowage once it starts, you know?

Embarrassed, I played the whole thing off and told him that I was just feeling tired. But in my head, I knew what had just transpired. And for a second, I wondered if I might be gay because this went down in front of my trainer. “Am I attracted to Chris?” I wondered to myself. 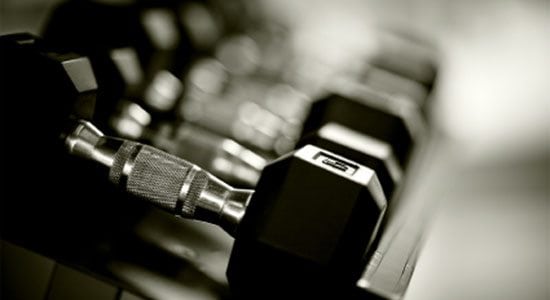 Like I told you before, my brother is gay so if I were somehow gay too and just didn’t know it, I wouldn't be upset or anything. But is this how you find out you like guys? Somehow, I kind of doubted it.

So after that first time, I tried to put it out of my mind chalked the entire thing up to a fluke.

But then it happened again a few months later.

I spontaneously let loose like a volcano during a really bruising ab workout, this time with a close workout buddy. Talk about embarrassing. I was wearing a pair of red Champion shorts and even though I had underwear on underneath, he saw exactly what happened. How could he not with it all seeping through everything?

“Am I getting you excited?” he joked. “I never knew you liked me like that.”

The guy I am mentioning here was completely cool about it. In fact, he’s also a bodybuilder and won a big award for his weight class just a few years ago.

I explained to him that I had been dealing with this problem for a while. He didn't make fun of me or get all weird but instead suggested I speak to a doctor.

So that’s exactly what I did – eventually. You see it took me three months to make an appointment. That just gives you an idea of how embarrassed I was.

I mean how exactly do you tell your doctor: Hey doc, I’m having this problem where I shoot my load all over my leg for no apparent reason. Can you help?”

When I finally came in to the medical center and explained what was going on, my physician was very understanding. She asked me a number of questions and wanted to know if I had a history of premature ejaculation. When I told her no, she said that she needed to run some tests to check my testosterone levels and do a PSA on my prostate.

A week later when I came back for a follow up, she said everything checked out just fine. It was then that she gave me her preliminary diagnosis: exercise induced orgasms (aka coregasms).

“Hey doc, I’m having this problem where I shoot my load all over my leg for no apparent reason. Can you help?”

The doc explained to me that for reasons we do not fully understand, some people (men and woman) experience an orgasmic trigger when exercising. While she didn't have any concrete numbers, my own research revealed something like 10% of people who work out have this issue.

She recommended that I consider talk-therapy to learn about mindfulness as a natural way of controlling the orgasms. At the time I thought she was joking, only she wasn’t.

It took some time to get work up the nerve to call the referral she gave me but eventually, I did. The coregasms weren’t going away and in fact had started to intensify because I was training for a state competition.

So what happened after I started going to therapy?

One of the first things I learned was that coregasms are a physiological and psychological response to exercise. The second thing I discovered was that stimulation of the core in some people can cause them to spontaneously ejaculate.

I will level with you. I still have coregasms every so often but not as many as I used to. Through meditation, deep breathing and other mindfulness based techniques, I've learned how to anticipate when one is coming on and prevent it from happening.

Most times I get through them just fine but occasionally, I don’t. In those instances, I just go with it and enjoy the sensations.

Hey. there are more important things in life to stress about.