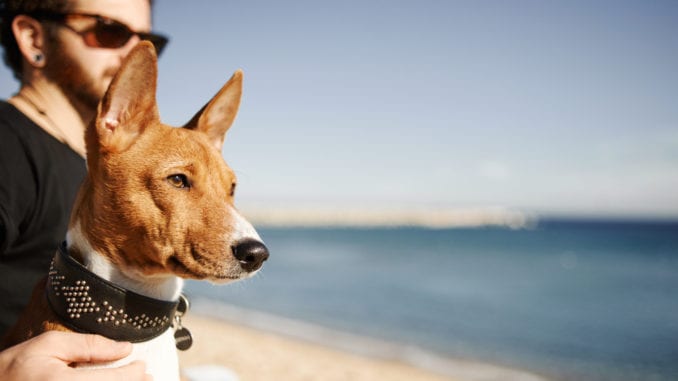 As a gay man, the older I get, the more afraid I am nobody will want me.

Honestly, I can’t believe I’m sharing this with you – let alone typing it on my desktop. There’s no easy way to do this I guess but just blurt it out.

I’m a 35-year old gay man who is terrified of being single forever.

That may seem like a silly thing to say. But reading it on my desktop now makes it even more real. Honest to God, with each passing day, it feels like my worst fears are coming true.

Related: I’d rather be gay and single than dating a jerk

I guess what sparked my anxiety is a recent comment a friend from yester-year made to me when we ran into each other at a bar.

Has anyone ever told you that? Did it make you feel like crap? I’m sure there was no malice intended behind those words but they cut like a knife just the same. My mind translates it into: Why haven’t you got your s*hit together yet?

The older I get, the more alone I feel. Whenever I look around, another one of my friends is getting married. And if they aren’t getting hitched, they are at least involved with someone.

Some are gay and some are straight but all of them have somebody.

All of them – except for me.

Can I be honest with you? What really scares the crap out of me is that I’m not getting any younger. When I was in my 20’s, I could attract guys like a magnet. Now-a-days, when a guy looks my way, it’s a rarity.

Back then, I used to believe it when people would say, “Don’t rush into anything – one day the right guy will come along.”

I keep wondering when “someday” will arrive.

Please don’t think I’m whining. I love my life. I have a strong set of friends, a great dog and a wonderful family. And it’s not like I don’t put myself out there. I totally do!

I’m on OK Cupid, Match, Hornet and even a few of the hook up apps for good measure. I go to gay related charity events and am no stranger to the bars.

But it just seems like each time I start seeing a guy, it goes nowhere. Oh sure, we might go out on a few dates and have some laughs. But after a while, things fizzle out.

A lot of the guys I meet are just flakes – looking for “someone better” I guess. It sucks because I’m one of those gays who truly wants to be in a relationship and build something special, like a family, you know? I don’t think I’m ugly either. I may not turn everyone’s head when I walk into a room but I’m not hideous. Just an average looking gay man who tries to take care of himself.

Is it just me or does it seem like once you get into your middle 30’s, the pressure to couple up starts mounting. Kind of like a ticking alarm clock that you know will eventually go off and scream: Times up!

I’ve had boyfriends in the past. Some relationships went on longer than others. Does 2-years count as “long term?” Because that’s my high point.

I guess my biggest fear now is that nobody is going to want to date an aging gay who has little history of “being” with someone.

You want honesty right. I’m giving it to you.

And it’s not like I’m horrible in bed or anything. The guys I’ve been with certainly haven’t complained. Without being graphic, I’m pretty versatile. I recognize that sex is an important part of most relationships.

But having sex and making love are two different things. I so badly want someone to top me like that give a s*hit, not like I’m some cheap piece of trade.

I’m tired of hooking up with men who are sexual robots; men who wouldn’t know real passion if it hit them on the head. I want a man who wants love. A man who can be vulnerable. Someone who wants to love back.

Maybe it’s me. Perhaps my expectations are just messed up. All I require is authenticity and a desire to let someone in. That’s what I try to do when I’ve met other men.

But it’s not turning out that way.

All I keep finding are guys who are looking for “the one”. They have it in their mind that it’s got to be a “match” on the first date – period.

Doesn’t it take more than just one cup of coffee or one meal to get to know somebody?

In a few weeks it will be my 36th birthday. In gaydom, that doesn’t make me “ancient” but I am creeping towards “older”. What’s sick about it is that in the straight world, 36 is considered young.

WTF am I going to do if I’m still single at 40? Will other gay men think I’m toxic because I’m still “available”? Deep inside, I kind bet that’s exactly what they’ll think.

I’m not giving up. Hopefully, I’ll meet someone soon. But the clock is ticking.

—
By: Sam in Florida